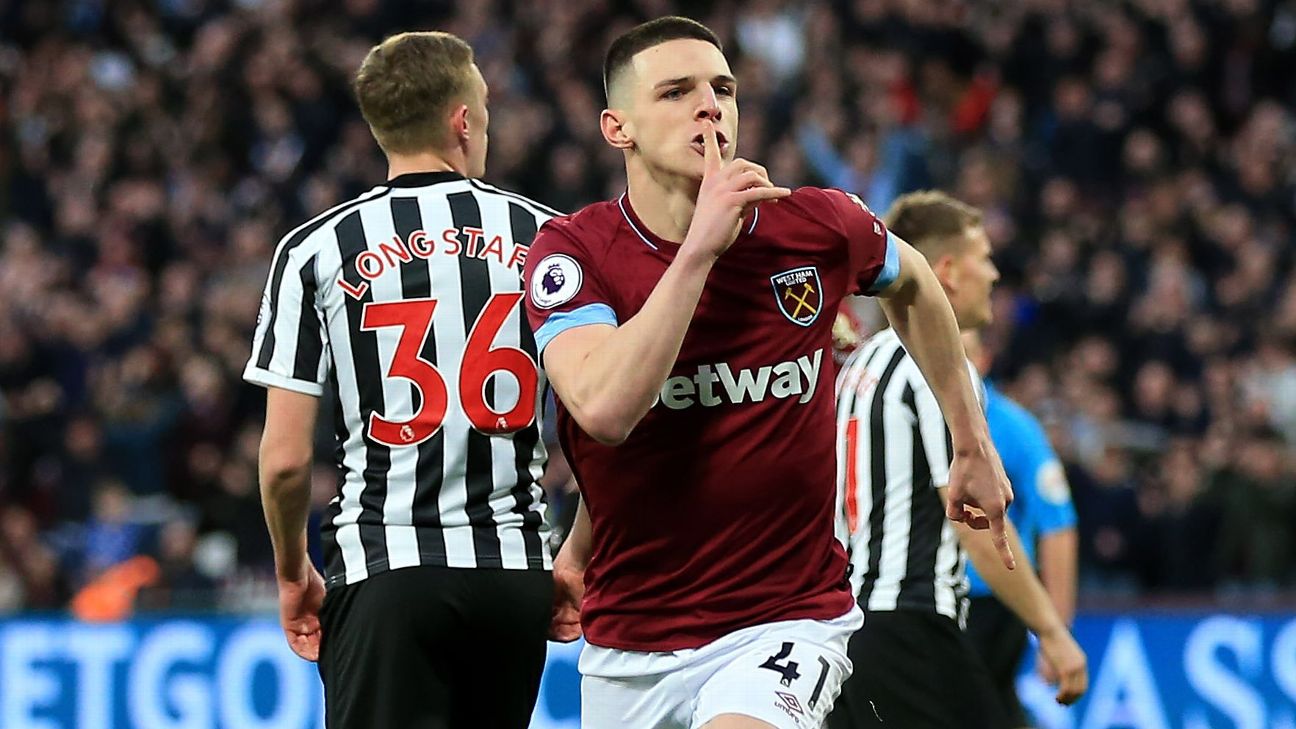 Rice has been linked with Manchester United and Manchester City by the British media, having cemented his first-team spot with 28 league appearances under Pellegrini this season.

After opting to switch his international allegiance from Ireland to England, the 20-year-old Rice featured in England’s Euro 2020 qualifying wins against Czech Republic and Montenegro.

When asked about the possible interest for Rice in the close-season transfer window, Pellegrini said there is little the club can do to stop his progression.

“In that case [of interest from teams] as always it’s just a matter of price,” the manager told reporters on Thursday. “Maybe the big teams decide to pay an important amount of money.

Pellegrini said he was not surprised with Rice’s composure on the international stage as the youngster has always shown the mental clarity and toughness often associated with an experienced player.

“He never feels pressure playing here or with the national squad. I was absolutely sure his level of performance would be exactly the same. He is a top, top player,” Pellegrini added.

“He knows he must improve, that is why he is always listening and learning so as a player, in the way he plays more games with better games of course he will continue improving.”

Pellegrini confirmed playmaker Samir Nasri is a doubt with a calf problem, while striker Andy Carroll is continuing to undergo tests on his injured ankle.