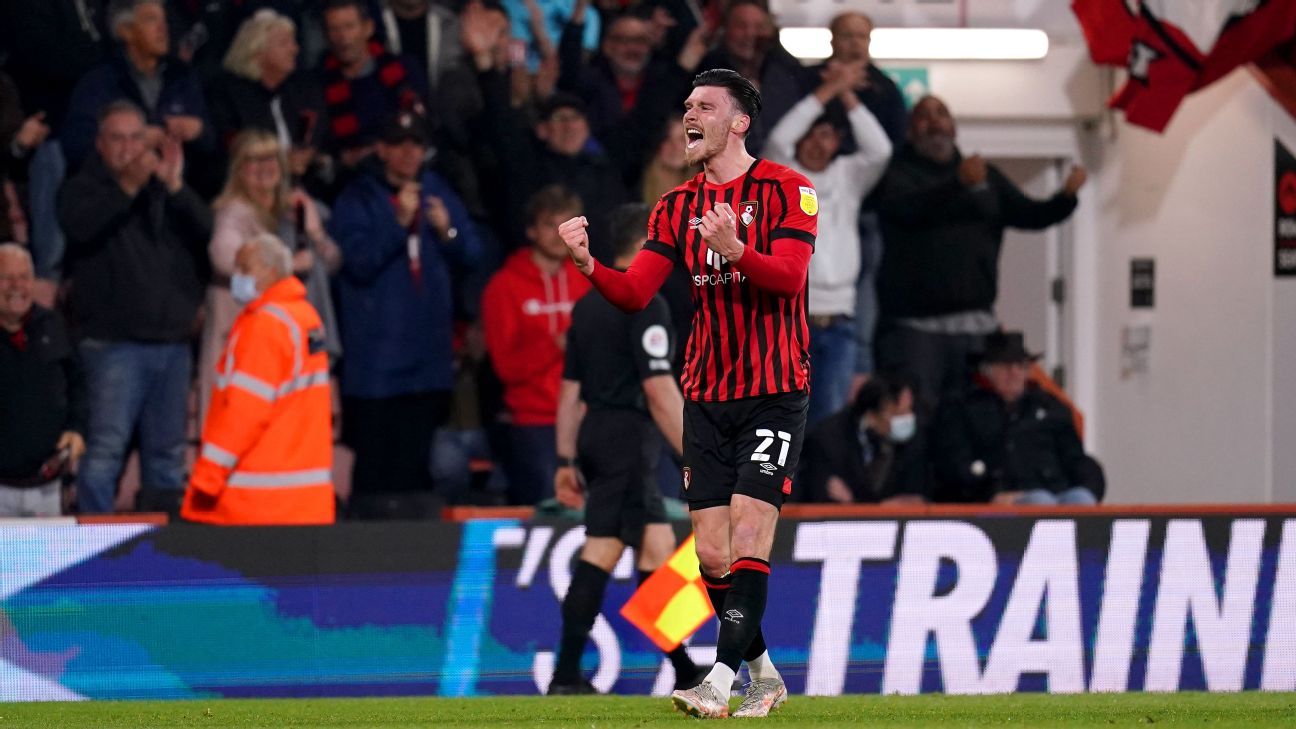 Bournemouth will be back in the Premier League next season after the south-coast club sealed promotion from the Championship with a 1-0 win over Nottingham Forest on Tuesday.

Kieffer Moore scored the only goal of the game, via a smartly worked free kick, with just seven minutes of the 90 remaining to send the Bournemouth fans into raptures.

The result means Bournemouth are guaranteed to claim the second automatic promotion place ahead of Forest, behind already crowned champions Fulham.

Bournemouth spent five seasons in the Premier League before being relegated in 2020. After finishing sixth and being eliminated from the playoffs in their first season down in the Championship last year, Scott Parker has led them back to the top flight with a game to spare this time around.

Nottingham Forest went into the game at the Vitality Stadium a place behind Bournemouth but knowing that a win would put them in front on goal difference and in charge of their own fate heading into the final round of fixtures. However, Forest will now have to settle for a place in the playoffs for the one remaining promotion place.

In a game with massive implications, both sides created chances in an attacking first half, which ended goalless.

After a slow start to the second period, Bournemouth got on top, but Forest held firm until Bournemouth defender Jordan Zemura won the decisive free kick on the edge of the box.

Bournemouth will finish the season at home to eighth-placed Millwall on Saturday when Forest travel to 18th-placed Hull City.