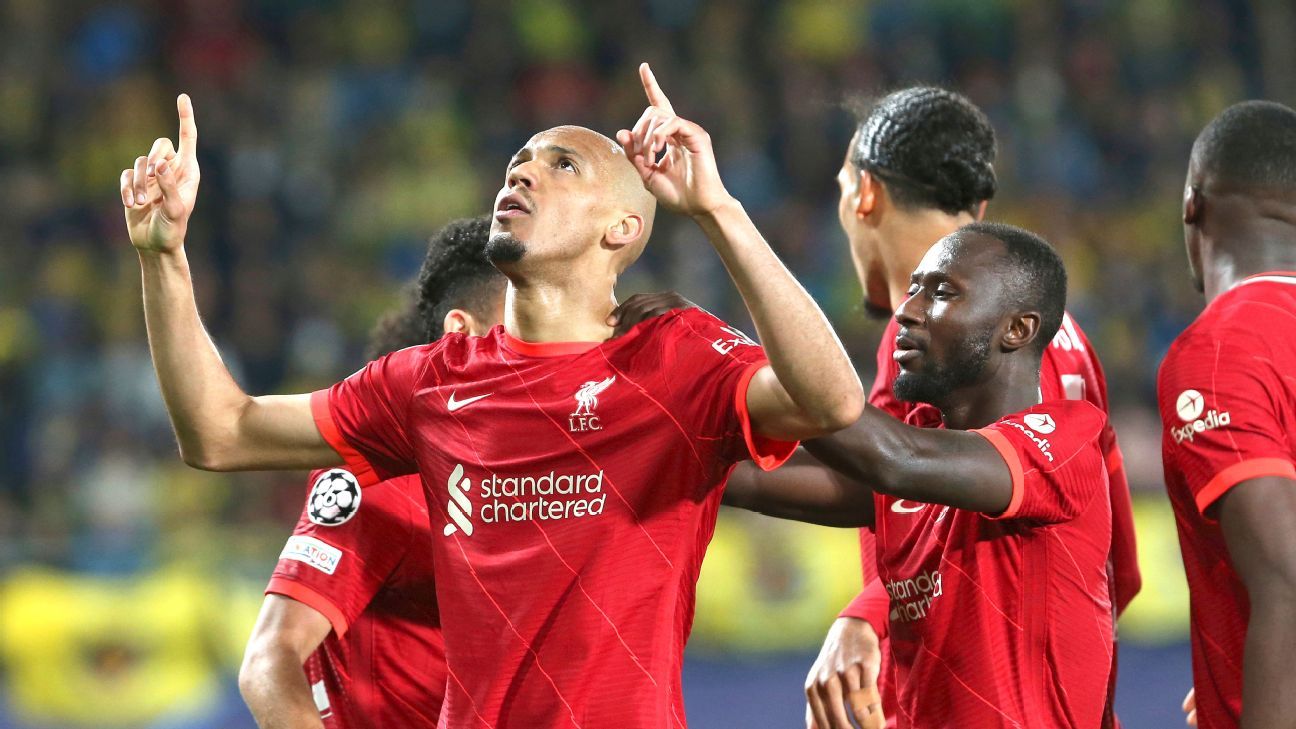 Liverpool overcame a rocky first half to beat Villarreal 3-2 on Tuesday night and book a spot in the Champions League final, winning the tie against their LaLiga opposition 5-2 on aggregate.

Jurgen Klopp’s side came into the match up 2-0 on aggregate from the first leg, but quickly went behind after Villarreal’s Boulaye Dia pounced on Etienne Capoue’s cross-shot to give the hosts a second-leg lead.

Liverpool were left frustrated throughout the remainder of the first half — failing to get a single shot on target — and saw Villarreal double their lead just before the break when Francis Coquelin scored from an exquisite glancing header to level the tie on aggregate.

Colombia international Luis Diaz came on for Liverpool at the start of the second half, replacing Diogo Jota as the visitors looked to jumpstart their attack.

Liverpool scored a massive first goal for in the 62nd minute, as Villarreal keeper Geronimo Rulli let Fabinho‘s powerful shot from a Mohamed Salah assist go through his legs.

Substitute Diaz then made his presence felt soon after, heading Trent Alexander-Arnold‘s cross down and through Rulli’s legs again to level the match and give Liverpool a 4-2 aggregate lead they would not relinquish.

Rulli made another blunder to essentially gift Liverpool their third of the night, as he was caught way out of his penalty area and allowed Sadio Mane to beat him to the ball and fire into an open net to secure the win.

Liverpool, who won the 2018-19 Champions League title, will now await the result of the other semifinal second leg on Wednesday at the Santiago Bernabeu — with Manchester City leading Real Madrid 4-3 on aggregate — to find out their opponent for the final on May 28 in Paris.

Klopp’s side has been prolific in 2021-22, scoring 139 goals in 57 games in all competitions, their highest-ever total in a single season in club history.

The victory also keeps alive Liverpool’s hopes of a Quadruple, having already won the Carabao Cup and in contention for the Premier League, UCL and FA Cup titles.

Transfer Talk: Juventus see Arsenal’s Gabriel as Chiellini successor
Man United clear to sign Rice, but would he want to join?
Sources: Rangnick in talks for Austria coaching job
Ibrahimovic: I am best to ever play in MLS
Araujo: I chose Barca over Man Utd, Liverpool