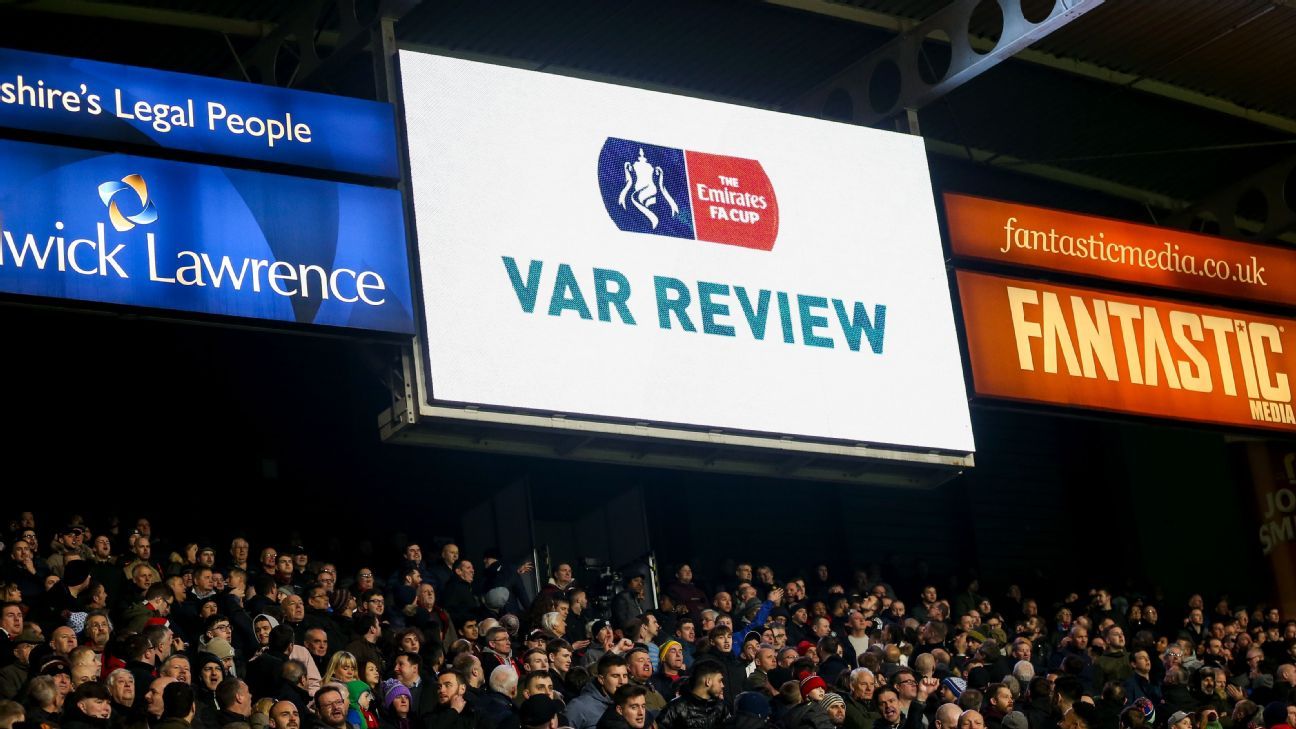 Decisions overturned by VAR reviews during this weekend’s FA Cup semifinals (live on ESPN+) will be shown on the big screens at Wembley to provide “clarity” for fans, FA director of professional game relations Andy Ambler has said.

Watford take on Wolves and Manchester City face Brighton for a place in the FA Cup final, and Ambler said the decision to use the screens was “the next step” in the development of VAR in the competition.

It has so far been deployed only in FA Cup matches played at Premier League grounds, sparking controversy that some teams have been deprived of reviews, but will be in use in both semifinals and the final.

“Alongside the PGMOL [Professional Game Match Officials Limited], we are trialling additional communications on VAR by using the big screens inside Wembley Stadium,” Ambler told the FA website.

“One of the main criticisms about VAR from the fans’ perspective is that it’s not always fully clear to those in the stadia what decisions are being considered.

“For this weekend’s semifinal matches, if a decision is overturned by VAR we will show the usual VAR graphics on the big screen. This will be followed by the definitive video clip that provides evidence as to why that decision was overturned.

“But a video clip will only be shown on the big screen if the referee’s original decision is overturned. We believe this will help provide clarity and transparency to fans inside the stadium.”

Two controversial decisions helped City to their quarterfinal win at Swansea, with VAR not in use because the game was not played at a top division ground.

Swansea players were unhappy with the award of the penalty that brought City their equaliser, while Sergio Aguero was offside when he headed the winner two minutes from time.

Manager Pep Guardiola said: “They asked all the clubs if they want VAR and we said we want VAR all season. All around Europe, VAR is there and here it is not. Ask the people why the VAR is at some games and not here.

“I don’t like to lose games when the decisions are wrong. The referees don’t want to make wrong decisions, and they must be helped.”