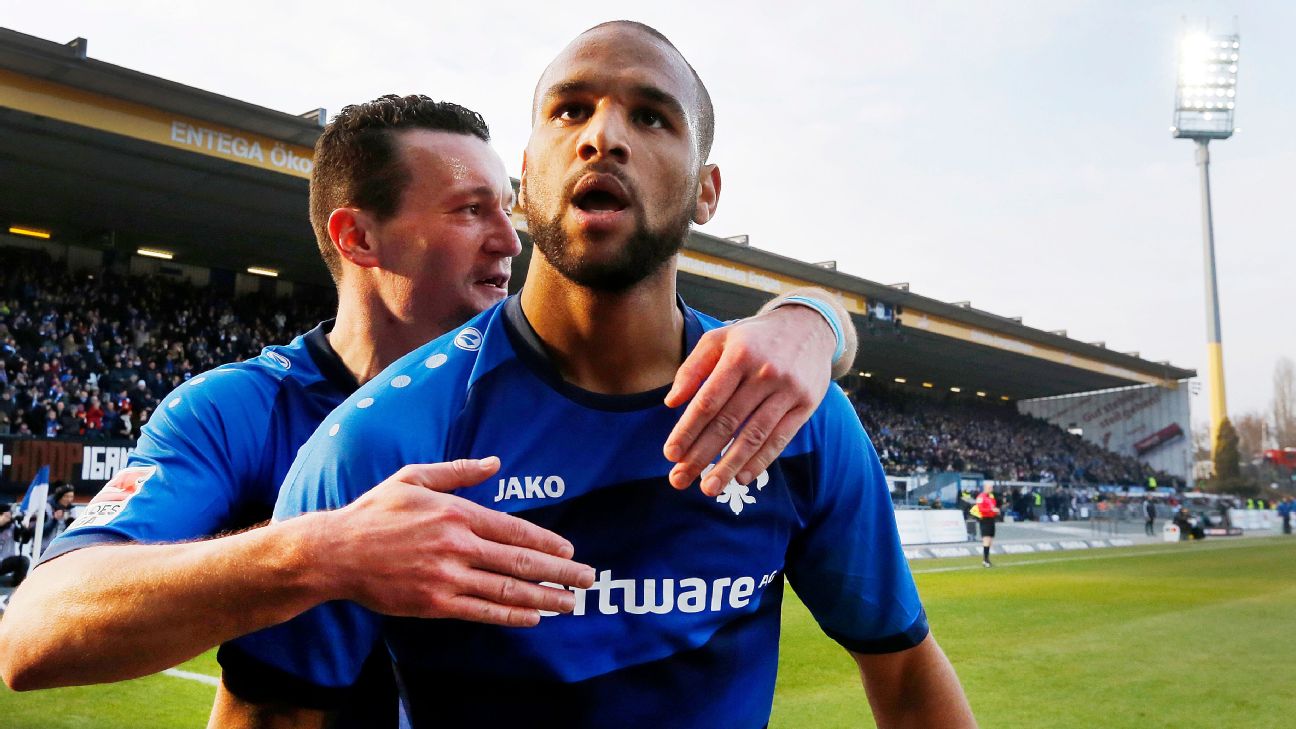 One source characterized Toronto’s interest as “exploratory,” though TFC is in the market for a forward after Tosaint Ricketts‘ option was declined.

Boyd, 27, has spent the entirety of his career in Europe. He started out with Hertha Berlin, and later was on the books with Borussia Dortmund, playing under David Wagner with the club’s reserve team.

A two-season stint in Austria with Rapid Wien, one where he scored 37 goals in 80 league and cup appearances, set up a move to RB Leipzig in 2014, who were then playing in the 2. Bundesliga.

But a series of knee injuries involving a torn ACL forced him to miss the better part of two years. He ended up making just eight league and cup appearances with Leipzig, scoring three goals.

Boyd has spent parts of the past three seasons with Darmstadt, and been used primarily as a substitute. Of his 44 league and cup appearances, 29 have been off the bench. Overall he has scored five goals for the club.

At international level, Boyd has made 14 appearances for the U.S. national team and was among the last group of players cut from the squad that went to the 2014 World Cup.