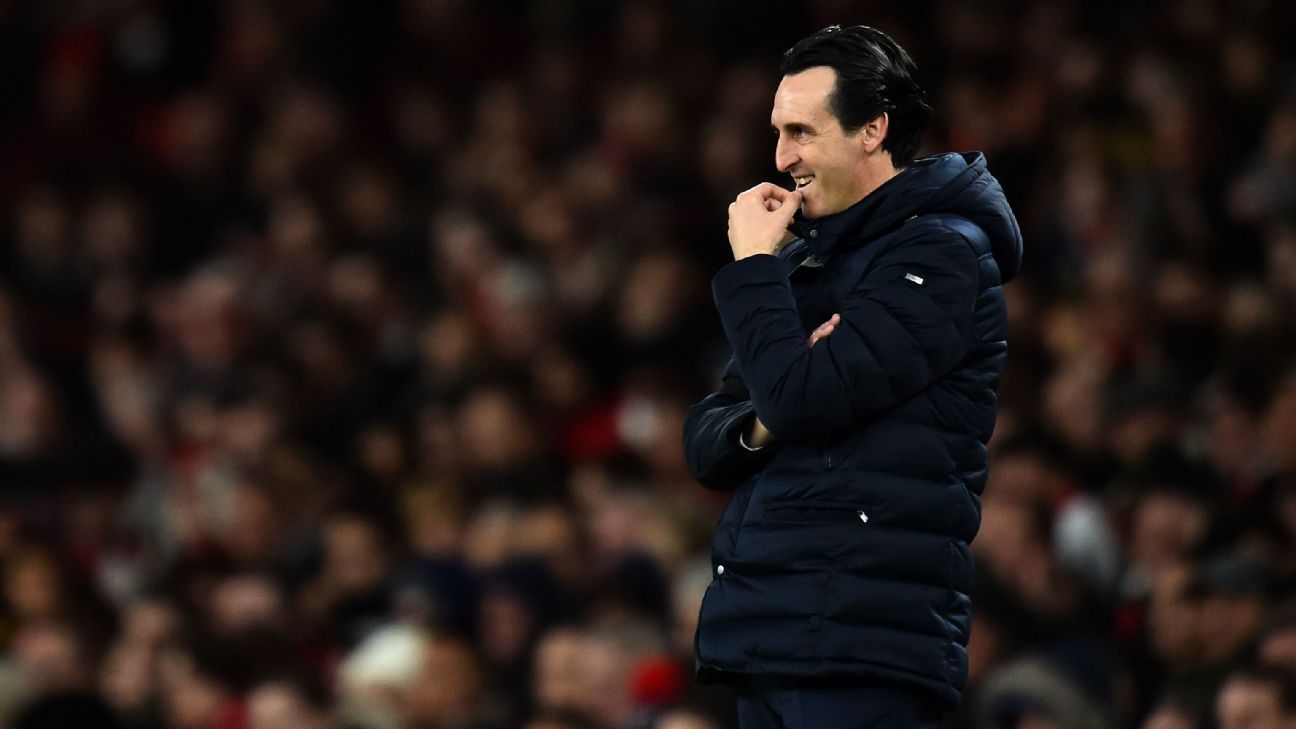 Unai Emery has responded to criticism from Arsenal fans and has called on his side to improve their away form ahead of a trip to Premier League strugglers Huddersfield on Saturday.

Arsenal have lost two of their last four matches in all competitions and were outclassed by Manchester City in a 3-1 defeat last Sunday.

Emery’s men have also lost their last three Premier League away games and have not recorded a win on the road since beating Bournemouth in November last year.

Emery admitted he is his own biggest critic as he spoke at a news conference on Thursday, but remained confident his team can return to winning ways against Huddersfield, who are bottom of the Premier League and have won just two matches all season.

“My first criticism is myself,” Emery said. “I work over anything other criticism can do to me, the work in the present and future can change our way.

“Then it’s how we are doing away, at home. We are with the possibility and opportunity to take the top four but we know it’s not easy.

“One month ago we were in the same situation but it’s not easy. We are strong at home, we need to do better away. We started very well away, changing our mentality to get more points. But now we need to recover this confidence, this performance.”

Emery confirmed that Henrikh Mkhitaryan is available for selection after recovering from a knee injury, while Pierre-Emerick Aubameyang and Laurent Koscielny are expected to travel despite falling ill during the week.

Mkhitaryan has not played since Arsenal’s defeat to Southampton in December but returned to training ahead of the City match and featured for Arsenal’s Under-23s on Monday.

“We thought last week that with two training sessions after six weeks being injured, it was not enough to play against Manchester City,” Emery said. “But after this week, playing with the under-23s and working with us, I think it is the first time I can think about him being with us.”

Emery also added that loan signing Denis Suarez, who joined from Barcelona in the transfer window, has been improving in training as the Spanish midfielder continues to adapt to his new club.

The coach worked with Suarez while together at Sevilla and handed Suarez his debut off the bench during Arsenal’s defeat to City.

“The first day last week was adaption to us and also with 25 minutes against Manchester City,” Emery added. “But already from the first day with us, he was already with good performance, but this week he worked Monday with our coaches and also yesterday.

“Today he is working with different adaptation and better than last week. I hope he will continue, he is improving every day with us. Then I hope he can show in the next matches how he can help us better than in the first match against Manchester City.”