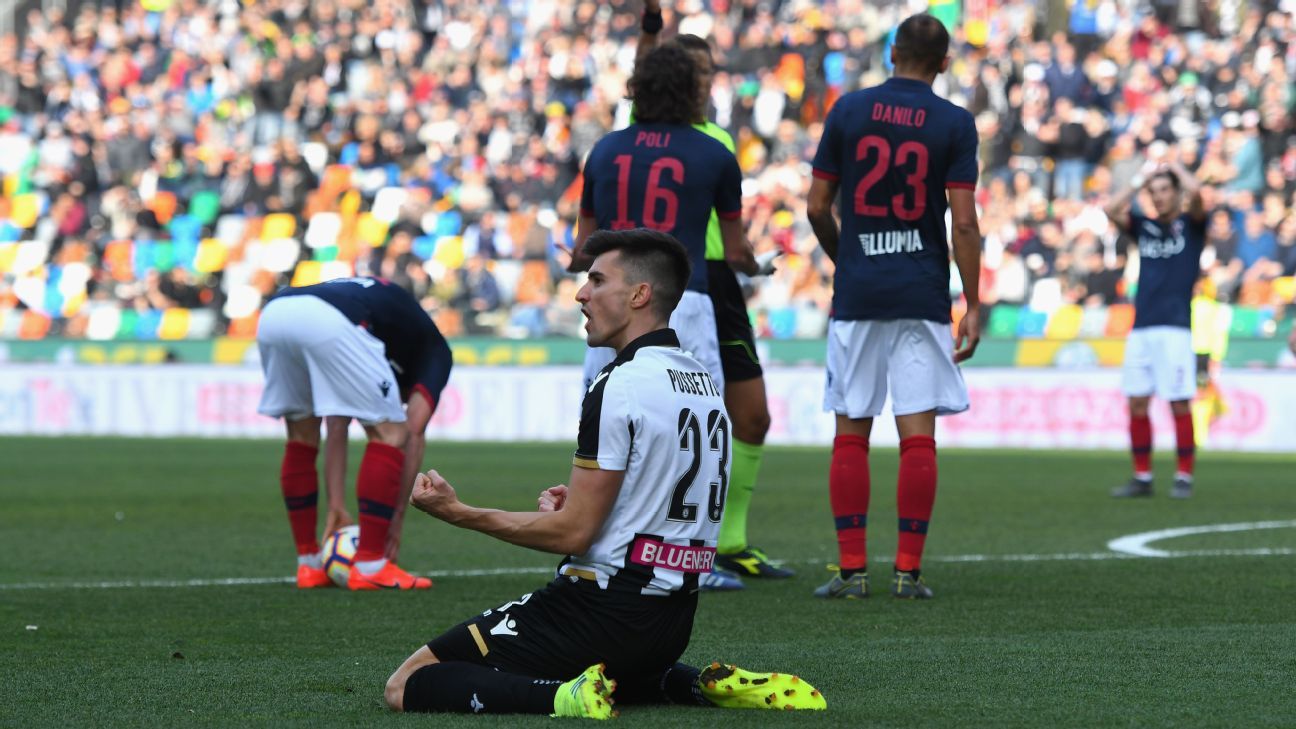 Udinese forward Ignacio Pussetto scored late in the game to give them a 2-1 win over hapless Bologna in a key Serie A relegation battle on Sunday.

Rodrigo De Paul put Udinese in front with a penalty in the 25th minute after Pussetto had his shirt tugged but former Argentina and Inter Milan forward Rodrigo Palacio equalised six minutes before half-time.

Pussetto settled the match in the 79th minute with a free header from a Jens Stryger Larsen cross to hand Sinisa Mihajlovic’s Bologna a third defeat in a row.

Bologna are 18th in the table on 18 points, four adrift of 17th-placed Empoli, while Udinese are 15th with 25 points.

Bologna won 1-0 at Inter Milan in Mihajlovic’s first game in charge but have taken only one point in four outings since.

Torino striker Andrea Belotti scored his first goal of the year to set them on the way to a 3-0 win over bottom-of-the-table Chievo (9 points).

Belotti broke the deadlock with a long-range shot in the 76th minute before Tomas Rincon and Simone Zaza added two more goals in stoppage time to take Torino seventh (41 points) and give them an outside chance of Champions League qualification.

Frosinone, one place off the bottom with 17 points, held out for a heroic 0-0 draw at Genoa despite playing for nearly one hour with 10 men after Francesco Cassata was sent off for a second bookable offence in the 34th minute.