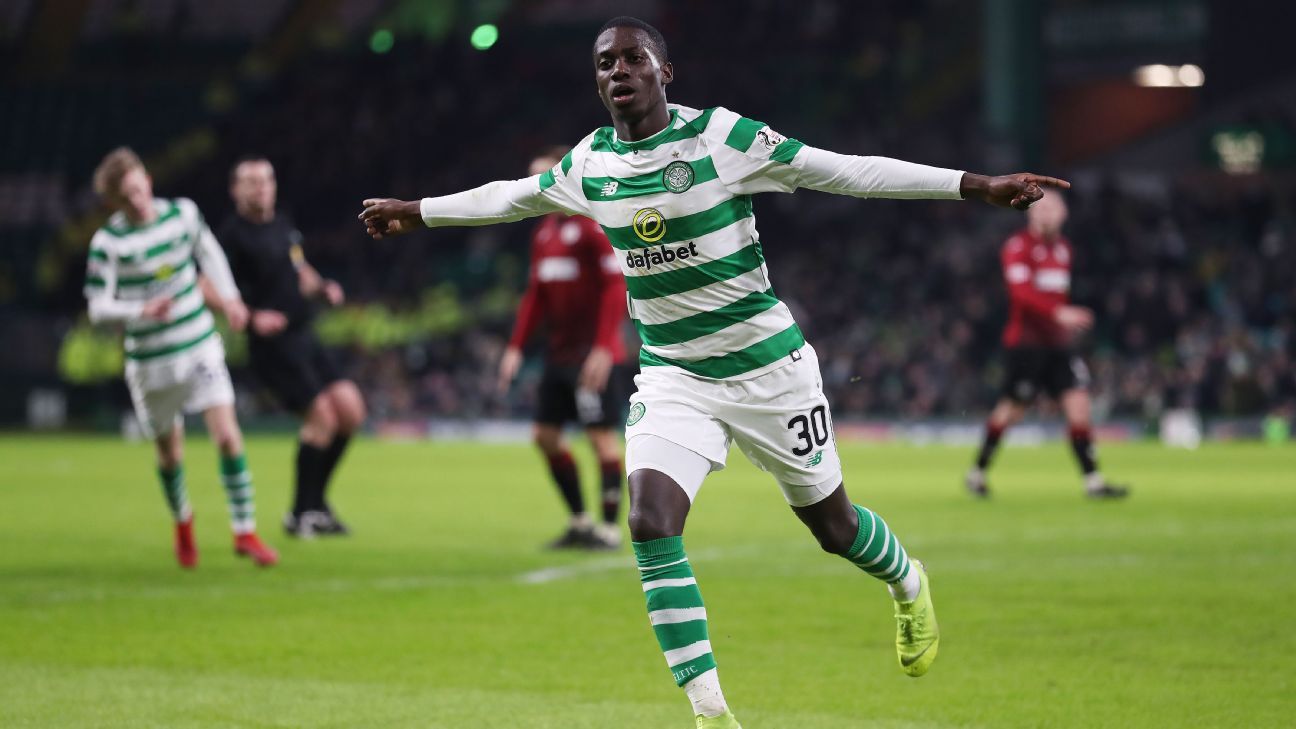 U.S. forward Tim Weah made it two goals in his first two games for Celtic by scoring after coming on as a second-half substitute in a 4-0 win over St. Mirren in the Scottish Premiership on Wednesday.

Weah, the son of former AC Milan star George Weah, ran onto a through-ball and slotted home a first-time finish for Celtic’s fourth goal in the 86th minute.

The 18-year-old Weah scored on his debut for Celtic on Saturday in the Scottish Cup.

He is on loan at the Glasgow club from Paris Saint-Germain.

Celtic leads the Scottish league by one point.