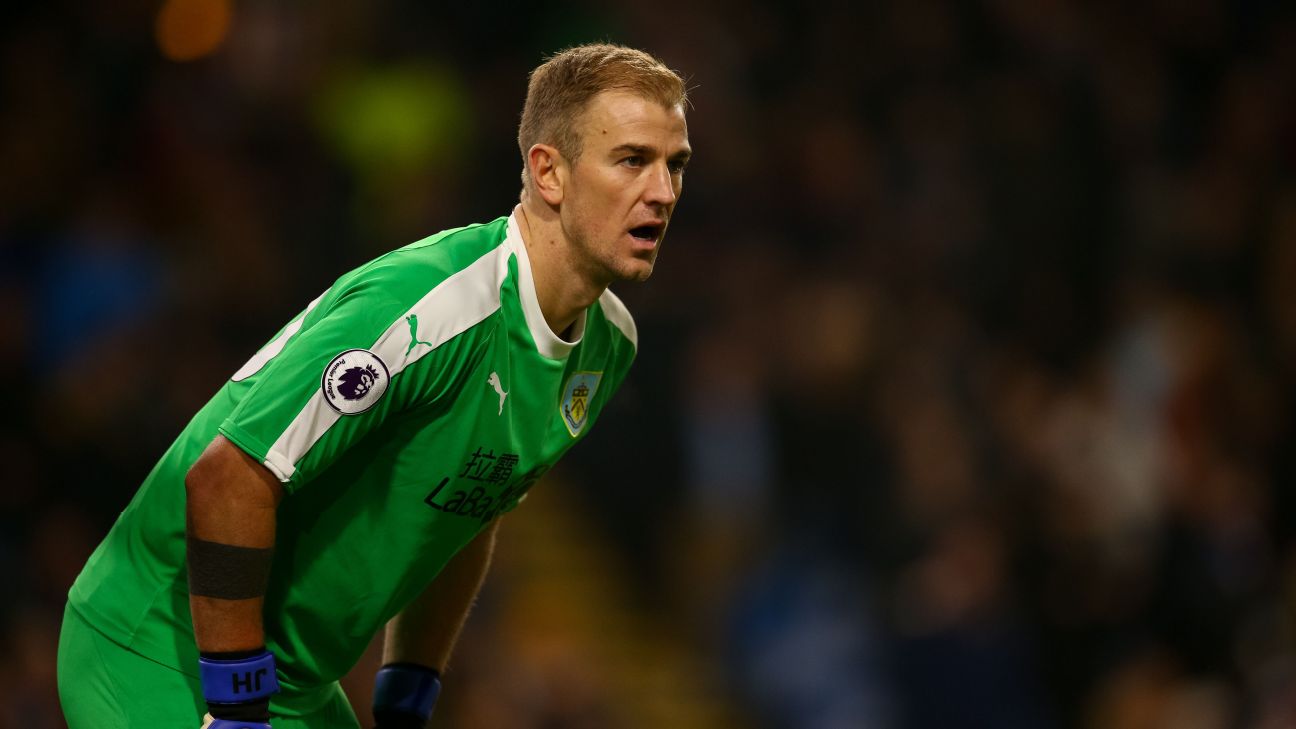 The transfer window for Europe’s biggest clubs is closed, but click here for all the deals and keep track of who has joined the big boys. Transfer Talk will continue to scour the world’s media and set correspondents loose to see what’s on the agenda for the summer.

TOP STORY: Home is where the Hart is

Could Joe Hart be winging his way across the Atlantic to escape his Premier League pain?

Well, the Sun certainly thinks so, with the paper claiming that Hart could be set to end his “Burnley hell” with a heaven-sent stint in Major League Soccer.

Hart’s name has apparently been thrown into the MLS mix for a stateside transfer window that doesn’t slam shut until May — plenty of time for him to pack all his belongings at Turf Moor and bid farewell to English football after a nightmare few seasons.

Not too long ago, of course, Hart was England’s No. 1 and one of the most highly regarded keepers in world football. Now it looks like he could be preparing for a final bumper payday in a league that would welcome someone of his profile and stature.

It’s a move that Hart could be open to, given how limited his opportunities currently are at Burnley, where Tom Heaton and Nick Pope — also a reported target for Arsenal — look to have the goalkeeping slots tied up.

Hart hasn’t played for the Clarets since their 5-1 Boxing Day thumping by Everton. Dyche has said he would listen to offers for Hart only if the keeper wanted to leave. That time might be now.

Wan the man for Arsenal

Elsewhere in a bumper evening of transfer speculation for the Sun, Arsenal are apparently readying the cheque book and ready to stump up £40 million for Crystal Palace star Aaron Wan-Bissaka. The Gunners have long been a confirmed admirer of the full-back who has shined for Roy Hodgson’s side so far this season, and now Unai Emery is preparing to put his money where his mouth is and sanction a move for the player.

Palace want a record fee for the player, but Arsenal aren’t going to baulk at those demands and could make Wan-Bissaka one of the Emirates’ most highly paid stars by the time next season rolls around.

Zola in talks with Chelsea over manager’s job

The Sunday Times is reporting that Gianfranco Zola has been approached by Chelsea to take over as interim manager as the club continues to consider the future of under-fire Maurizio Sarri.

The former Stamford Bridge star is currently Sarri’s No. 2 but is understood to have had discussions with the club’s hierarchy about taking on the mantle of Chelsea boss.

If and when that happens is anyone’s guess, but the paper claims that any decision to hand Zola the reins would be welcome for a fan base that has grown tired of Sarri’s antics and tactical inflexibility. They might also have noticed the impact that a similar appointment has had at Manchester United.

— Meanwhile, as Arsenal prepare to offer a huge sum for one defender, they’re ready to hand a new contract to another member of their current back line. At least that’s what the Mirror is reporting, with Rob Holding the lucky man, despite being out of action since December as a result of injury.

— Elsewhere in the Mirror, the paper reports that Arsenal’s attempts to bring Marc Overmars to the Emirates as technical director are being thwarted by Ajax. The former Gunner has 18 months left on his current contract in Amsterdam, and the club are intent on using the £200 million cash reserves built up during Overmars’ time in the job to make sure that they can resist any attempt to bring him across the North Sea.

— Reports in Spain — from AS (via the Express) — suggest that Barcelona are set to launch a £96 million swoop for Atletico Madrid star Saul Niguez, which could spell the end of Chelsea’s interest in the player, though a two-window transfer ban might already have seen to that.