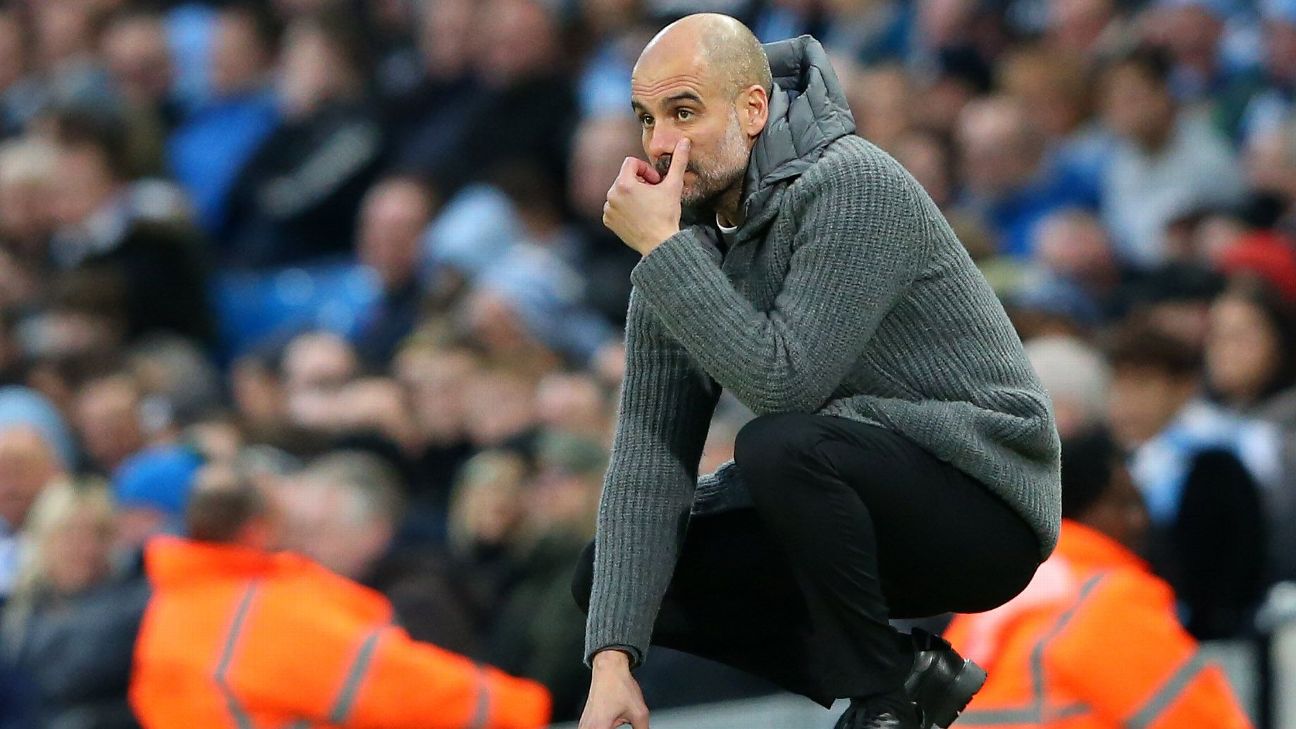 SWANSEA, Wales — Pep Guardiola admits he is tired and needs to get away from football for a week as he prepares for the final two months of the season and what could be a historic quadruple.

Manchester City reached the semifinals of the FA Cup on Saturday but were knocked off the top of the Premier League 24 hours later when Liverpool narrowly beat Fulham.

And the City boss will now take a break after a run of 11 victories in just six weeks and has also given a week off to players not called up for their countries, including key men Sergio Aguero, David Silva and Aymeric Laporte.

“I’m tired,” Guardiola told a news conference. “It is what it is — I prefer to be in that position [of challenging for four trophies] honestly. But tomorrow you will not find me in Manchester, I assure you.”

He added: “The people who don’t have international team [duties] have a week off. They have to train, they will have a programme to train every day a little bit, and after you have one week to prepare for Fulham and the next games.

“So now Cardiff midweek, before [the] Tottenham first leg we have semifinals in Wembley so it’s crazy, the fixtures we have in April, that is why we need everybody.

While some of his first squad will take advantage of a well-earned break, a total of 15 City players will be on international duty over the upcoming days and he hopes his players can avoid injury.

“I pray to come back fit, that is what I want,” Guardiola said. “They have to go there [and] play with their national team, enjoy, help their own national teams but hopefully they will come back fit like they are now.”

Among them will be Portugual international Bernardo Silva, who admits it could be an incredible season with City also in the last eight of the Champions League and with the Carabao Cup already won.

But Silva admits they could finish the season with just one trophy unless they continue their excellent form of recent months that has seen them win 19 of their last 20 matches.

“We could have been out after arriving at half-time losing 2-0 [to Swansea], so we have to keep our focus, knowing that our opponents are very strong,” he added.

“In the semifinals of the FA Cup it’s one game, anything can happen against very strong opponents. The Champions League is probably the most difficult competition in Europe, very difficult to win as well.

“The Premier League, very tight this season with Liverpool in a great momentum as well, so no competition will be easy. Our opponents have made it very complicated for us to win trophies this season, but I think we’ve been doing quite well and we’ll try to keep the momentum.”