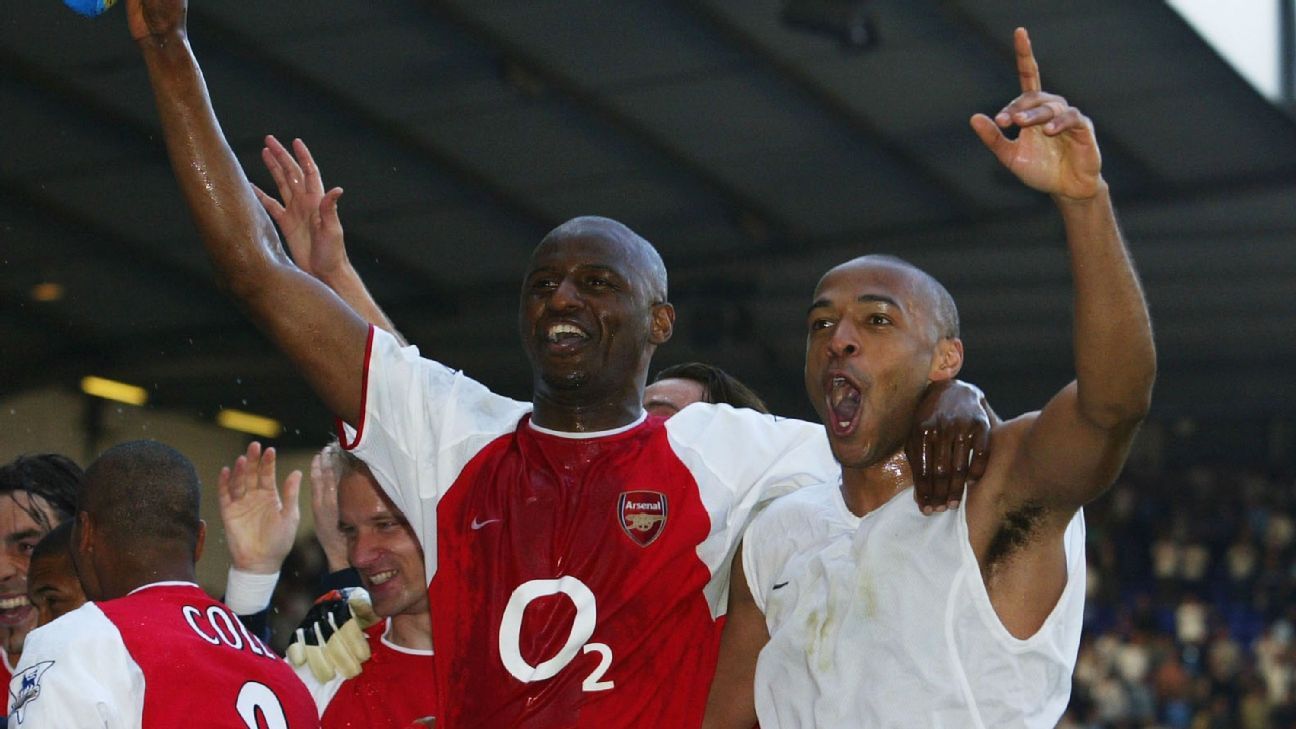 While teammates at Arsenal, Thierry Henry and Patrick Vieira would sometimes talk about what they would do after their playing careers. Henry always knew he wanted to be a manager one day; Vieira was more indecisive and happy to explore different routes before deciding what was best for him.

They both took their time and did a lot of other things — including TV work, coaching kids and working with some top players, while also seeing their own children grow up — but they ended up doing the same thing. And now they are only a few miles from each other.

On Friday, for the first time, Henry and Vieira will face each other as managers when Monaco host Nice in the Mediterranean derby. Nobody would have thought it possible 15 years ago. Not them, and not even ex-Arsenal boss Arsene Wenger, who mentored both players but never envisioned Vieira as a future manager. Henry was, and still is, a living footballing encyclopaedia and always looked more destined to become a coach. But here they are.

They were very different footballers with different personalities and, as such, are different managers now.

Henry, who had a short stint with Arsenal Under-19s and two years as assistant to Roberto Martinez with Belgium, is having a tough time since taking over Monaco in his first ever managerial role. Two wins in his last three league matches, including Tuesday night’s 2-0 win over Amiens, is a sign that things are improving, but six defeats, two draws and two wins in 10 games in all competitions is still a disastrous start to his career.

Still, Henry has been tweaking things all the time. Should he use a back four or back five? Two up front or just one? He has seemed clueless at times, but his inexperience, the negativity surrounding the club, the crazy injury list and the numerous young players he has had to use has not helped either.

He won’t give up, though. Henry is not a quitter and will keep working hard. He will sign new players in January and hope to find the right formula to start winning matches again. Right now he is frustrated, but he is not in full management mode yet. He is very close to his players, especially the younger ones, but it feels like he is still one of them. At times in the past few weeks, he has still been thinking and talking like a TV pundit.

Things are almost the opposite for Vieira. He coached the reserve team at Manchester City and, more importantly, had two full seasons in MLS with New York City FC before he joined Nice last summer. In the U.S., he had a win percentage of 44 percent — not brilliant, but he learned a lot and developed quickly. When the opportunity arose, he was ready for a league like Ligue 1 and Nice has proved to be a good platform for him to continue his progress.

After a disappointing start — two losses and a draw — his team’s form has picked up, with eight wins, three draws and three defeats, including against Paris Saint-Germain and Marseille, in all competitions. They are seventh in the table and aiming for a top six finish.

Tactically, Vieira is more astute than Henry. His 5-3-2 formation is perfectly suited to his players, and he is managing Mario Balotelli’s ego as best as possible, though the fiery Italian has yet to score in the league this season.

It has not always been easy for him, but he has worked very hard to get things right and players like Malang Sarr, Allan Saint-Maximin, Youcef Attal and Wylan Cyprien have all improved under him. Vieira is tough and pedantic with his staff, exactly like he was as a captain at Arsenal. He likes the idea of being a father figure to some, but knows they have to respect his authority too — which they do.

Vieira has also been very good at charming the media: he is approachable, amicable and honest. Henry has not reached that point yet; instead, his relationship with the press has been frosty, not only due to his personality but also because of the poor results that Monaco have suffered.

Henry and Vieira have never been the closest of friends, even when they were both at Arsenal, but they always respected and brought the best out of each other. When the former teammates meet in dugout on Friday, all eyes will be upon them once more, but with Henry in the unfamiliar role of underdog.