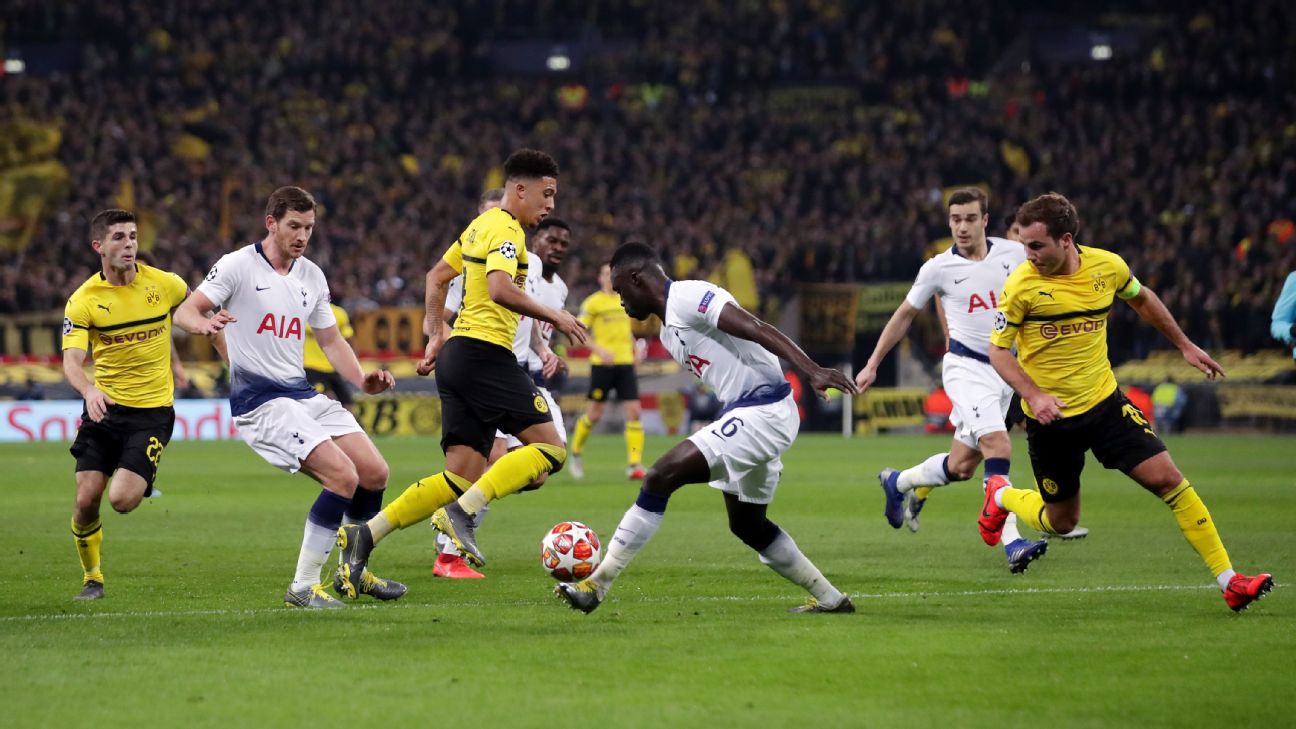 Mauricio Pochettino says it is grossly unfair that Borussia Dortmund have again had a day more than his Tottenham side to prepare for Tuesday’s Champions League showdown. Spurs were given an early kick-off time on Saturday but Bundesliga leaders Dortmund played on Friday.

“Dortmund, in the first leg they had more time to prepare the game and now it’s the same because they played Friday,” said Pochettino. “We played Saturday and the only way we can prepare is talking — and not talking too much because the players need to rest, need to recover after a very tough game.

“We played a derby against Arsenal and you know what it means to play a derby, not only in the physical condition and the energy that you spend, but mental too.

“I don’t understand again, arriving not in the same situation with both clubs going to compete for a massive, such an important competition like the Champions League.

“It’s strange for me that no-one has said anything about that, because the first leg was the same. Of course we’re going to fight and give our best. But it’s impossible in this type of game, the last 16 with how important the game is, that one team had 24 hours more than the other to prepare. I think it’s massive.

“I don’t know whether to blame the FA or the Premier League or Tottenham — because we changed the day because we still don’t deliver our new stadium — or the TV, because they wanted us to play live on Saturday.

“Look what happened with Rennes in the Europa League. They cancelled their game at the weekend to help Rennes to play against Arsenal. In [other countries] it’s more sensitive — the FAs help the clubs to compete in the best way in Europe. “[Our] players today are in the critical day for recovery, but that’s not a thing to complain about.

“To run the same or maybe more than Dortmund, I think that’s not fair and it’s a problem that in the future is a thing we need to change if we want to help the English clubs be stronger in the competition.”

Despite Spurs’ disadvantage ahead of the first-leg duel at Wembley, the north Londoners triumphed 3-0, giving them a healthy lead ahead of tomorrow’s clash. Nonetheless, Pochettino is urging his players not to be complacent.

“[We can’t] think that we have a gap because we got a good result in the first leg,” said Pochettino. “Don’t think it’s going to be easy. If we think like this it’s going to be a massive problem. “We need to play like we always play, trying to win the game. It’s so important to be aggressive, to start the game in a very good level, to fight from the beginning with a high tempo — that’s going to be the key.

“We know very well that Dortmund is a great team, top of the Bundesliga because they deserve to be there, not because anybody gave them something.”

Kieran Trippier has been left at home after starting the last two matches, but Harry Winks and Eric Dier have travelled with the squad after missing Saturday’s north London derby and will be assessed ahead of the match. Pochettino has also reported that Dele Alli is nearing a comeback.

“Dele is close,” said the Argentinian. “We will see if it’s possible for Saturday [for him] to be involved with the team against Southampton.”