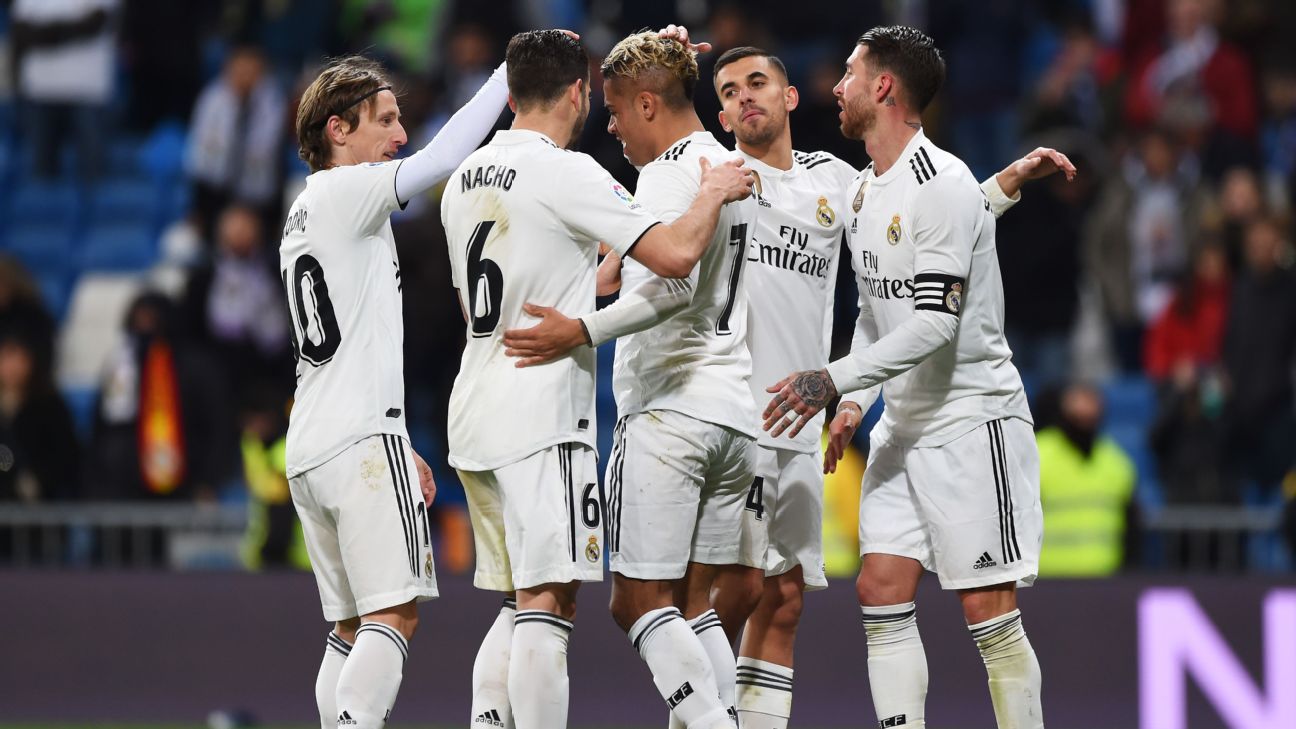 Real Madrid coach Santi Solari said his team were going to “fight for everything” this season after they warmed up for a huge week featuring both a Clasico and a Derbi with a 3-0 La Liga victory against Alaves.

In-form duo Karim Benzema and Vinicius Junior both were on the scoresheet, with substitute Mariano Diaz wrapping up a victory which moves third placed Madrid to within two points of Atletico Madrid in second, and cuts the gap to leaders Barcelona to eight points.

It was a fifth consecutive victory in all competitions for Madrid, who next face a Copa del Rey semifinal first leg at Barcelona’s Camp Nou on Wednesday, then Saturday’s La Liga match at Atletico’s Wanda Metropolitano.

“We are going to fight for everything, always, right until the end, hopefully, of the season,” Solari said at the post-game news conference. “That would mean we have reached both [Copa and Champions League] finals. Today I saw hunger to make up points [on Barca]. Madrid never gives up, we always go out to win, regardless of the mathematics.”

Asked if impressively composed 18 year old Vinicius now deserved to remain in the team for a first Clasico midweek, Solari was cautious but admitted that the Brazilian had deserved his standing ovation from the Bernabeu crowd when substituted late on.

“I am not going to tell you the team,” he said. “Today he played a great game, left to an ovation from the crowd, is responding very well, when he plays and at training. We are delighted with him, always supported by mature players around him who look after him and give him advice.”

The home fans were less happy with Gareth Bale, who had a quiet game in his first start since returning from a month out with his latest calf injury problem, particularly during what seemed a frustrating opening 45 minutes out on the right wing.

“[Bale] has been out for a while and bit by bit he will get back the rhythm he needs,” Solari said when asked about the Welshman’s performance. “It was difficult, Alaves defended very well, in a very professional way. They made it tough for us. We tried to change, with Vinicius on the right, and Gareth felt more comfortable on the left, it’s true.”