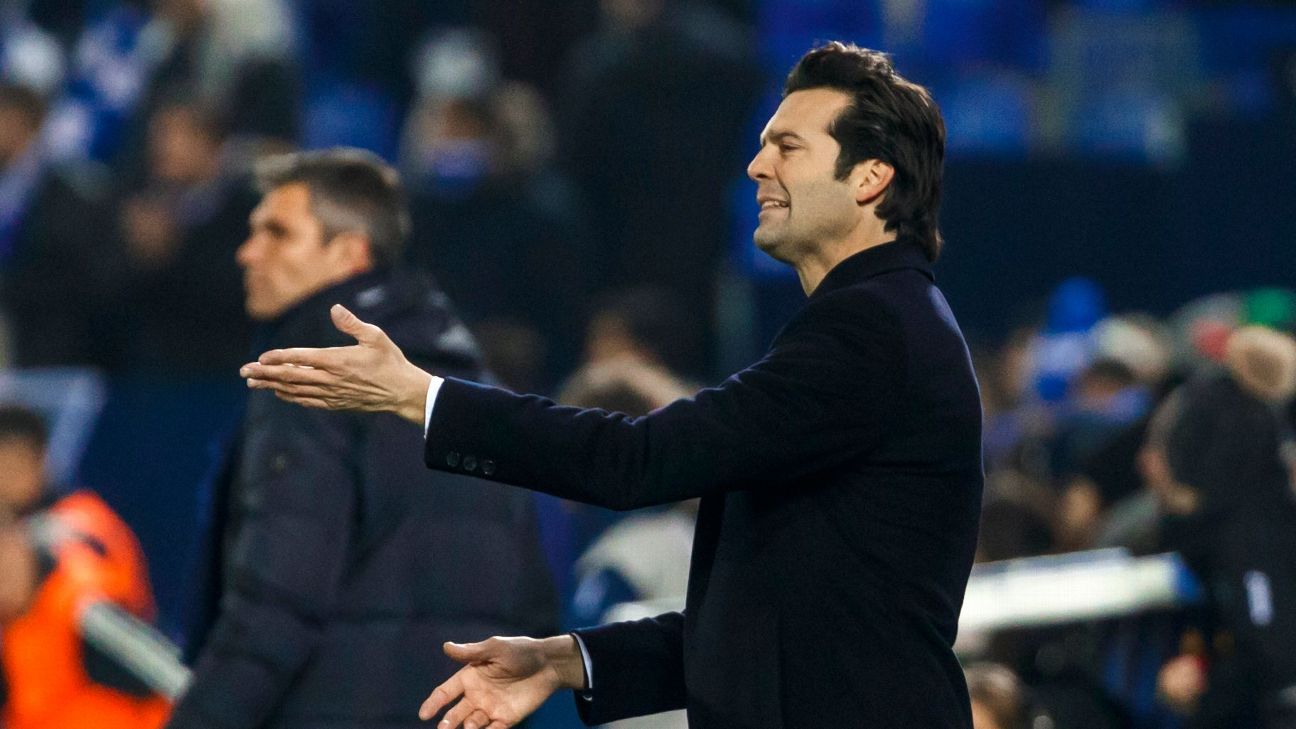 Real Madrid coach Santi Solari admitted to a “weak performance” but said the main thing had been to qualify after his team lost 1-0 at Leganes on Wednesday night but progressed 3-1 on aggregate to the Copa del Rey quarterfinals.

Already up three goals from last week’s first leg, a much-changed Madrid XI struggled to get a foothold in the game and Leganes deservedly went ahead before halftime through Martin Braithwaite’s close range effort.

Leganes continued to make and miss chances after the break, but Solari denied at a short post-game news conference that he had ever felt the tie was in danger, while admitting that his team had not played impressively.

“A weak performance, above all the first half,” Solari said. “I think we were better in the second half, although not enough to be satisfied with how we played. We are happy that some players got time on the pitch which they needed, and that we got through the tie. It was a difficult game, but the performance was weak.”

A couple of important late saves from Keylor Navas ensured Madrid progressed, and brought some praise from a coach who preferred Thibaut Courtois between the posts until the Belgium international’s recent pelvic muscle injury.

“[Navas] did very well,” Solari said. “He is always at this level, trains well, and is a great goalkeeper. That is not something we learned today.”

Solari said that the team had missed usual centre-forward Karim Benzema, and he hoped the Frenchman would be able to play in Saturday’s La Liga game with Sevilla despite suffering a fractured little finger last weekend.

“We paid for not having a specific reference point in attack, that was clear,” he said. “It is a broken little finger. We hope to have him at the weekend, and we need him of course. We want him this weekend, next Wednesday, and the following weekend.”

Out of favour playmaker Isco was given a rare start but did little during his hour on the pitch, with a cool relationship with his manager evident as they avoided each others’ eyes during the substitution.

Asked if there was a personal issue between the pair Solari replied: “Not at all.”