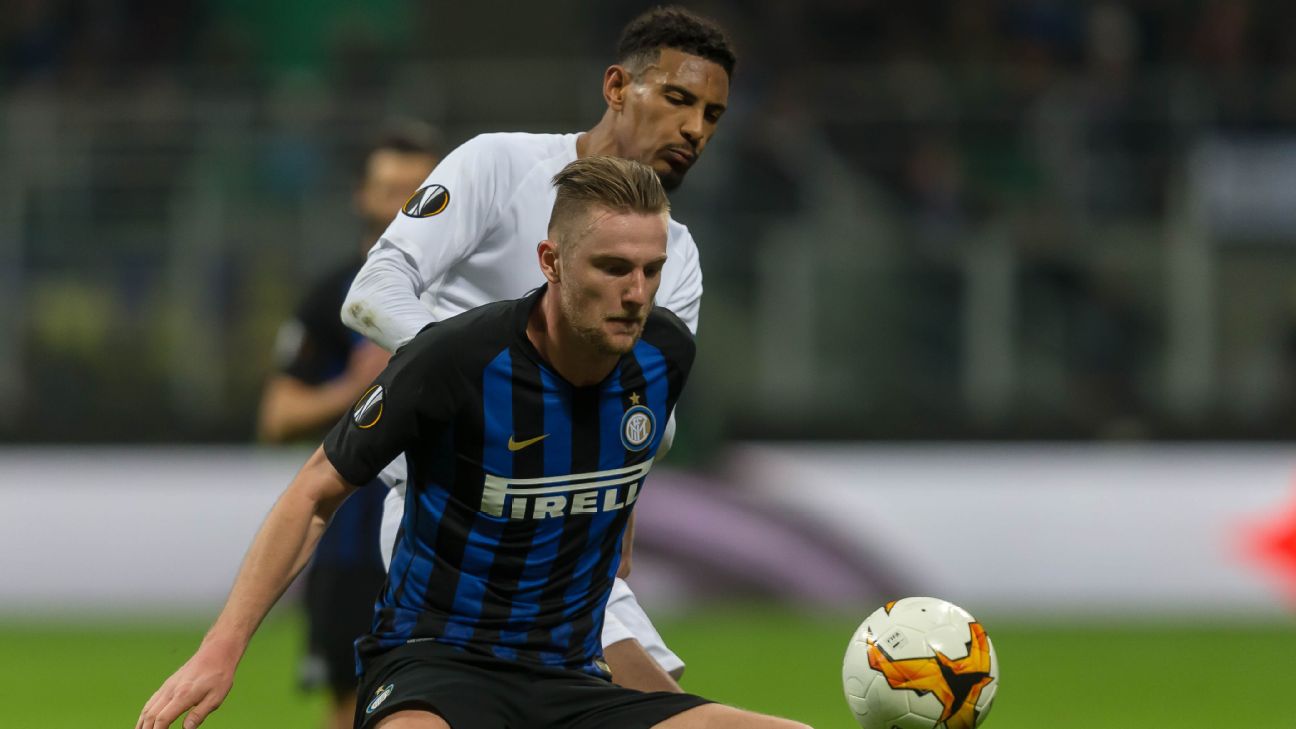 Milan Skriniar‘s representatives have said “cannibal agents” are trying to muscle in on their client and have claimed Manchester City failed with a €55 million bid for the Inter Milan defender.

The Nerazzurri signed Skriniar from Sampdoria for €28m in 2017 with the Stars & Friends agency brokering the move.

They continue to represent the 24-year-old through agent Mithat Halis, who has suggested interference from Mino Raiola is scuppering any chance of a move to Real Madrid.

“Skriniar behaves very professionally and if Real Madrid really want him, they can try to sign him, but there are so many cannibal agents who are trying to move players to the clubs who want them,” Halis told Spain’s AS. “Mino Raiola, the agent of [Paul] Pogba and [Zlatan] Ibrahimovic, is trying to do exactly this.

“He wants to confuse Skriniar, but Skriniar is one of our agency’s players. We have a contract with him. Inter paid €28m for him and six months later, City offered €55m.

“Now he’s worth around €100m, but an eventual sale seems quite unlikely due to these attempts by cannibal agents.”

Inter are holding talks with the defender in a bid to extend his contract, which expires in 2022. However, the two La Liga giants are preparing moves for him.

“Real Madrid want to sign him, as do Barcelona,” Halis said. “They want to convince Inter to sell and will try in the next window.”