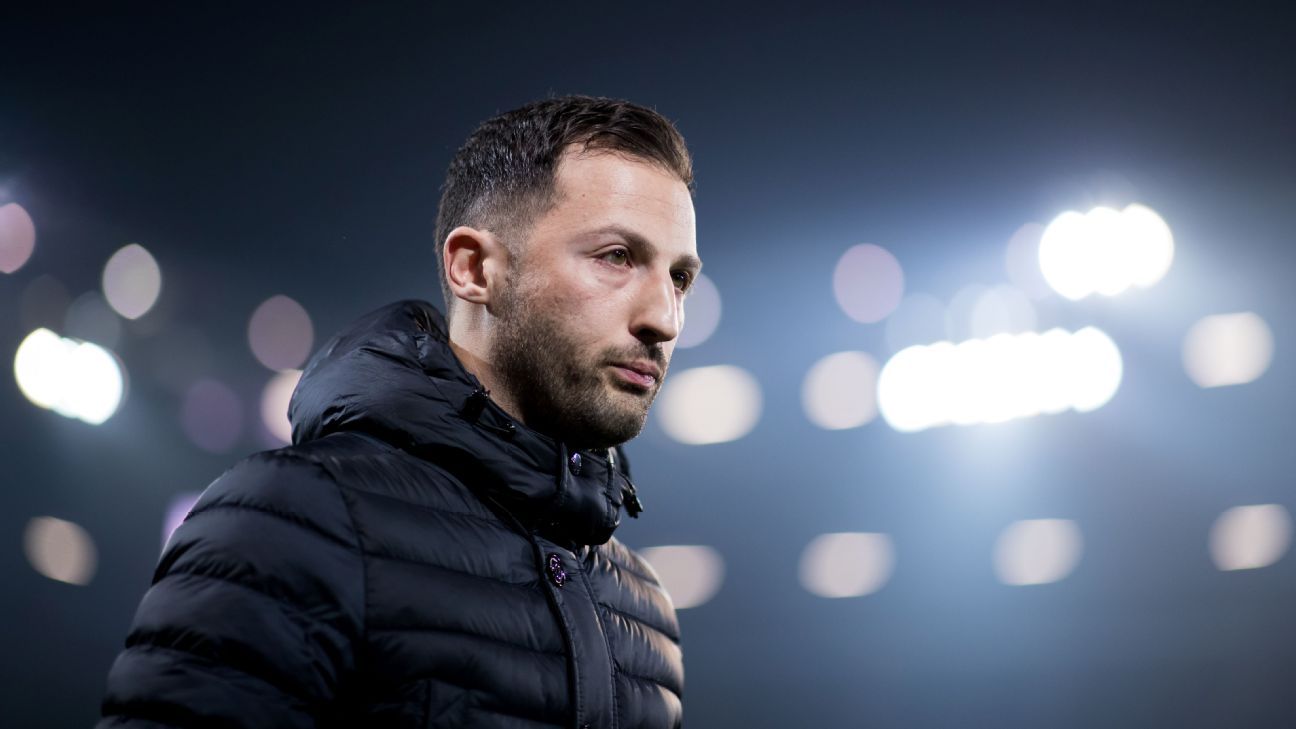 Schalke have sacked Domenico Tedesco as coach and brought back Huub Stevens to oversee their next game.

Schalke, who were routed 7-0 by Manchester City in the Champions League on Tuesday, are without a win in seven Bundesliga games and have lost their last three.

The 33-year-old Tedesco led the side to second place in his debut season last year but now the team are just four points off the relegation zone with nine rounds remaining.

It is Schalke’s worst season since they were relegated from the Bundesliga in 1982-83.

Stevens, who led Schalke to the UEFA Cup title in 1997 and German Cup wins in 2001 and 2002, is back on an interim basis for his third stint. Voted “coach of the century” by Schalke fans, the 65-year-old will be assisted by former player Mike Bueskens. Bueskens played for Schalke under Stevens in the Dutch coach’s first stint in charge.

Schalke sporting director Jochen Schneider said of the move: “This decision was anything but easy because Domenico Tedesco is very highly valued by Schalke. Last season he was able to oversee a very positive sporting development, which reached its high point by finishing runner-up in the championship.”

Schneider added: “However, we shouldn’t misjudge that this season the bottom line is negative.”

Schalke’s poor season has already led to managing director Christian Heidel stepping down. Heidel, who took over in May 2016 took the blame for transfer dealings that failed to make the desired impact. He also appointed Tedesco.

Schalke next play Leipzig at home on Saturday.