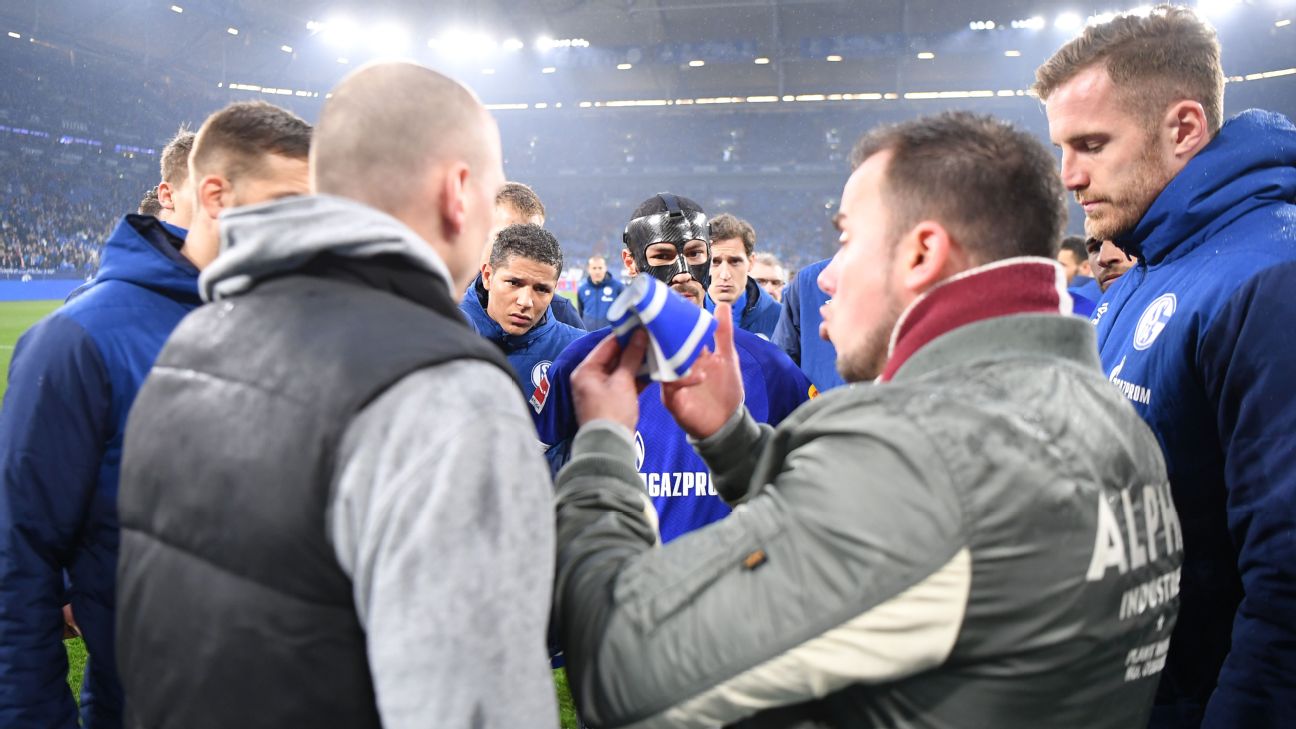 A 4-0 home defeat to Fortuna Dusseldorf at the weekend leaves Schalke, who lost 3-2 at home to City in the first leg, only four points clear of the Bundesliga’s relegation/promotion playoff place.

The result leaves Schalke, who lost 3-2 at home to City in the first leg, only four points clear of the Bundesliga’s relegation/promotion playoff place.

Coach Domenico Tedesco told reporters he was “not someone who just pisses off,” with sporting executive Jochen Schneider set to make a decision on his future this week.

Schneider arrived at Schalke after Christian Heidel announced that he would step down as sporting executive by the end of this season at the latest.

“The new sporting executive will introduce himself on Tuesday,” Clemens Tonnies, the head of Schalke’s supervisory board, said. “I will not demote or appoint a coach now.”

Having finished runners-up in the Bundesliga last season, Schalke have taken only 23 points from 24 matches this season, but Tedesco remained defiant after the Dusseldorf defeat.

“I am not someone who just pisses off. I believe in my work,” he told Sky. “The team was alive before the match, but it was dead during the match.”

At the final whistle, Tedesco led his players to face angry home fans and apologise for the performance.

Captain Benjamin Stambouli then had to give back an armband to two fans who had made their way onto the pitch.

The armband, with Nordkurve Gelsenkirchen written on it, had been given to then-captain Ralf Fahrmann before the season as a symbol of unity between the supporters and the team.

“They took away the armband,” Stambouli told reporters. “We are only small players if you compare it to such a big club. I will always give it my all for Schalke.”

Schalke travel to Manchester for the second leg against City next week.