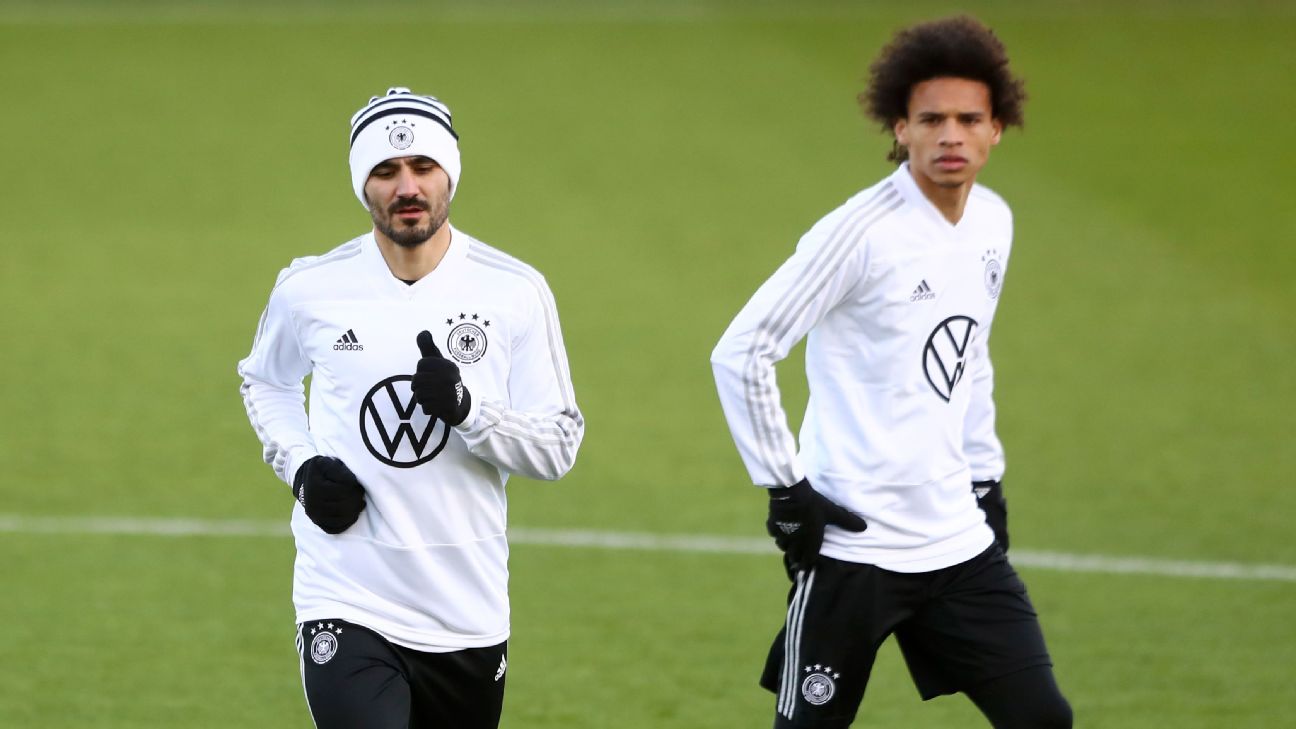 German police are investigating reports of alleged racist abused aimed at Ilkay Gundogan and Leroy Sane during the international friendly between Germany and Serbia on Wednesday.

Three men were identified by one German basketball journalist who attended the match as a fan. Wolfsburg police told ESPN FC the trio provided a statement without the presence of a lawyer and were free to leave the police station afterwards.

The journalist, Andre Voigt, had posted an emotional video on Facebook immediately after Wednesday’s 1-1 draw, where he said he saw the abuse directed towards the Manchester City pair.

He said that he approached the men, who appeared to be drunk, and the racist abuse worsened after that — adding that no one else in the rows next to him stepped in to offer support.

On Friday, the video had received over 700,000 views on Facebook and was picked up by all major German news outlets.

Under German law, the maximum penalty for incitement to hatred is imprisonment up to five years.

Police said there are no more witnesses other than Voigt and his family, who also attended the match; and that the case is expected to be handed over to prosecution early next week.

Speaking at a scheduled news conference on Friday, Germany international Leon Goretzka said he also saw the video and was “moved and shocked” by what he heard.

“I am child of the Ruhr Area and there you answer the question of nationality with Schalke, [Borussia] Dortmund or Bochum,” he said, citing the rivalry between the three biggest club of the region.

“[The journalist] described a scene where nobody stood up. I can only appeal to everyone to show courage and put those people in their place”