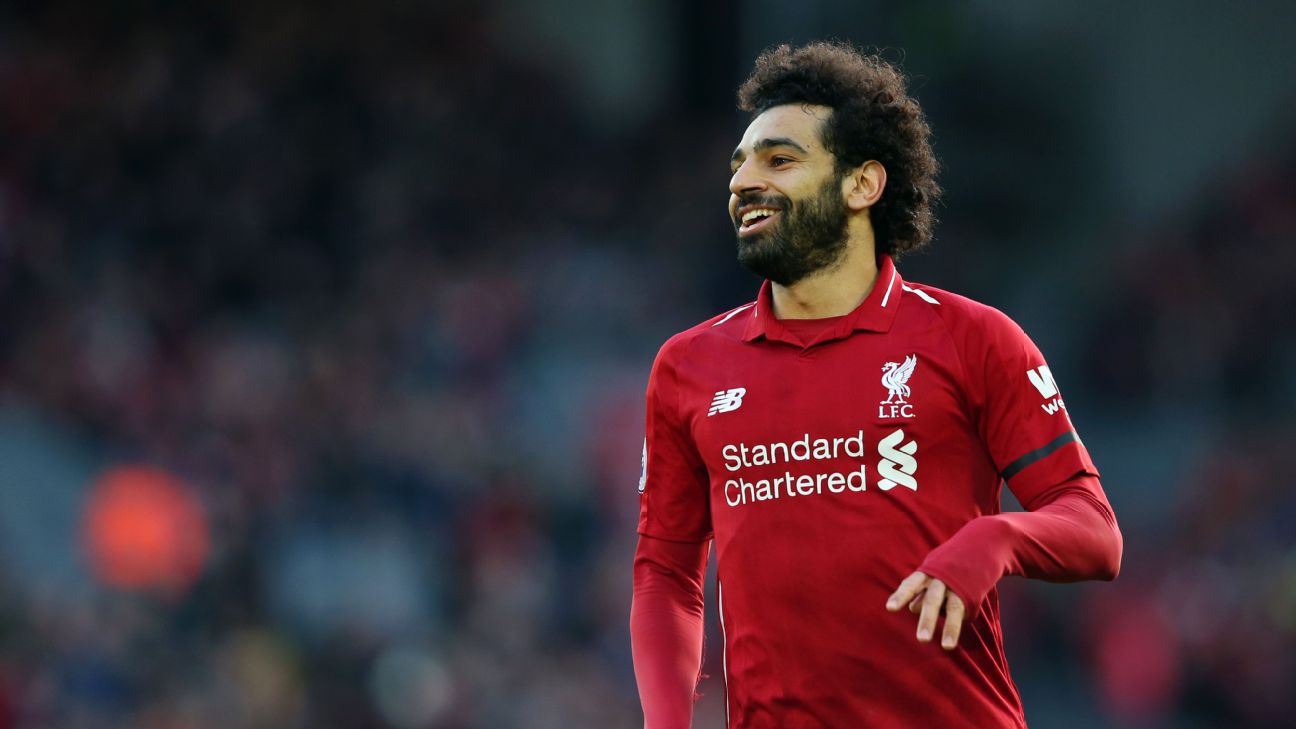 Mohamed Salah says winning the Premier League with Liverpool has always been his aim and would mean achieving a dream.

The Egyptian forward, who moved to Anfield from Roma in 2017 for an initial £37 million, told ESPN Brasil his ambition to win the title began when he arrived at Anfield, and was now closer to happening than ever.

“I said it last season, I said it at the beginning of the season and now we are close. I hope we are going to win it. We will do our best to win it.”

Liverpool face Manchester United at Old Trafford on Sunday in what could prove one of the most important moments in their pursuit of the Premier League title.

The Reds can re-take top spot from Manchester City if they get a result from the game in hand against their bitter rivals, but can’t afford to slip up in such a tight title race.

But Salah says the pressure is something Liverpool expect when the prize is so great.

“Of course there is pressure because you are a human being, you feel that and you want to win the Premier League — something huge for the club, the city, the fans everywhere. But you just need to win the game.”

Salah has scored 64 goals for Liverpool in 89 appearances in all competitions since joining the club.

Another goal at Old Trafford would mark a milestone 50th in the Premier League with Liverpool — achieved in just a season and a half at English football’s top level.

Asked if his success at Liverpool was more than he had expected when he signed, Salah replied:

“Yeah, I can say that at the moment.”

“Everything I felt now, I already had in my mind before. It’s something I expected. Sometimes it’s more than what I expect but I’m happy about that.”