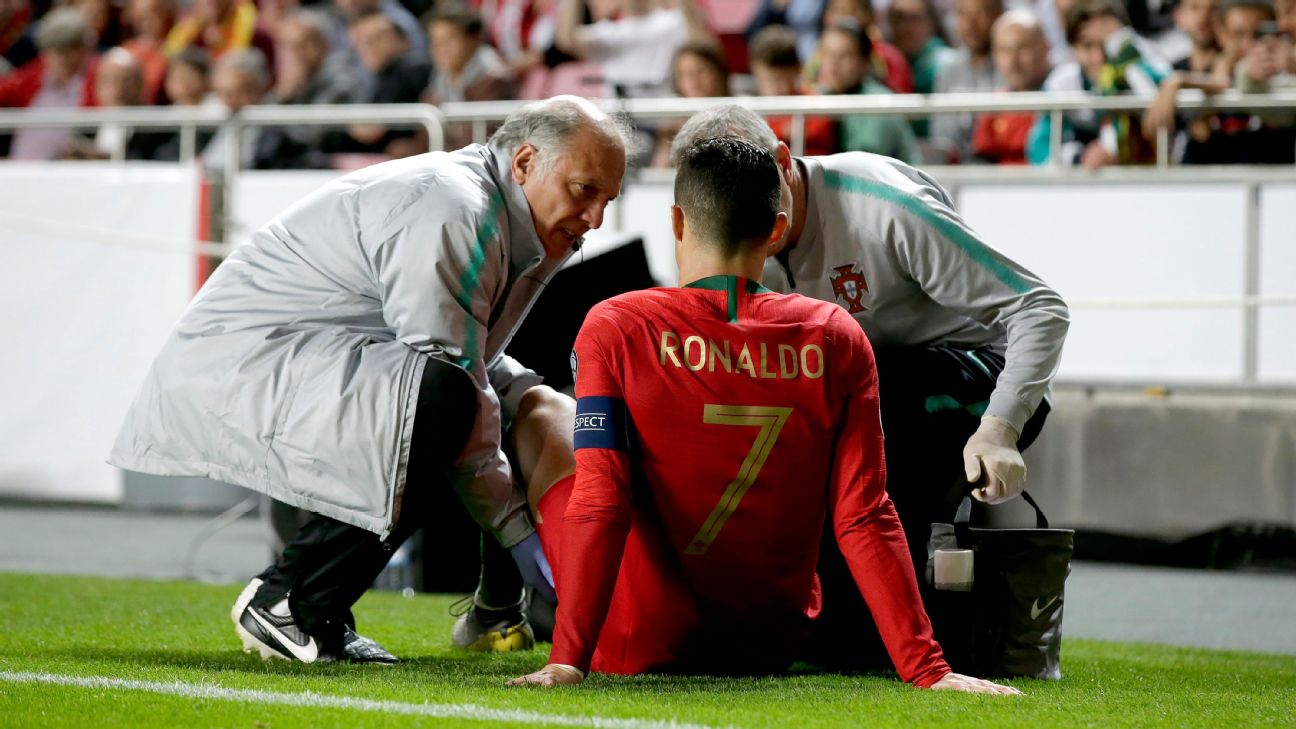 Cristiano Ronaldo was substituted off with a right leg injury in Portugal’s Euro 2020 qualifying match against Serbia on Monday.

Ronaldo pulled up after sprinting down the touchline in the 31st minute at Estadio da Luz and immediately signaled for a replacement. He was tended to by medical staff before Pizzi came on for the Juventus star.

Ronaldo, who walked off the pitch on his own, had been playing with a bloody gauze in his nose.

Danilo Pereira scored minutes before half-time as Portugal settled for a 1-1 draw, the second straight stalemate for the defending European champions in Group B action during this international break.

Juventus and Ronaldo will take on Ajax on April 10 in the first leg of the Champions League quarterfinals.