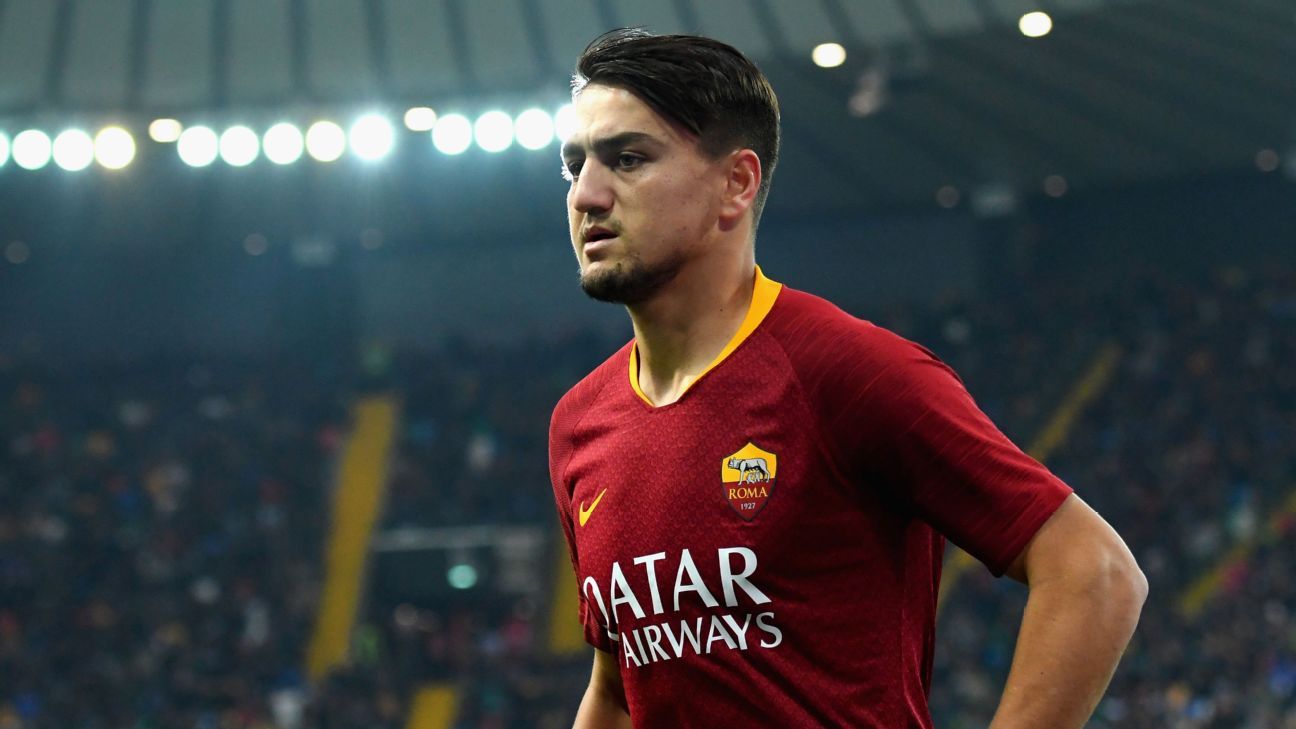 Cengiz Under is being targeted by several Premier League sides and enquiries have been made about a January move for the Roma winger, a source close to the player has told ESPN FC.

The Turkey international has built on his breakout 2017-18 season by impressing again this term with four goals and five assists in all competitions so far, including two goals and two assists in the Champions League.

That form has attracted widespread interest from across Europe with Arsenal, Chelsea, Tottenham Hotspur and Premier League champions Manchester City in particular scouting the 21-year-old. Enquiries have been made regarding a January transfer but a formal offer has yet to be made.

A source close to the player told ESPN FC that Under is open to a Premier League move and that his representatives are growing increasingly frustrated with his contract situation.

The club also have the option to offer a pay increase in an attempt to keep him at the club long-term. Under is one of the lowest-paid first-team players, earning approximately €1m a season, and talks over a renewed deal with a pay increase have stalled in recent weeks. Roma are in no rush to offer a wage increase as his current contract runs until 2022.

Under is prepared to stay on until the end of the campaign and is happy at the club but it is looking increasingly likely that he will not be a Giallorossi player for the 2019-20 season, the source added.

Roma are keen to keep Under until at least the end of the season but are prepared to sell if an offer in the region of £40-50 million is received.

The Giallorossi would have to pay 20 percent of any future sale back to former club Basaksehir as part of their agreement. Altinordu, where Under came through the youth system to make his professional debut, would also be due a development fee.

An offer that matches their valuation would mark a significant profit on their €13.4m investment in the player they signed in July 2017.

Under has 10 international caps for Turkey since making his debut against Kosovo back in November 2016.