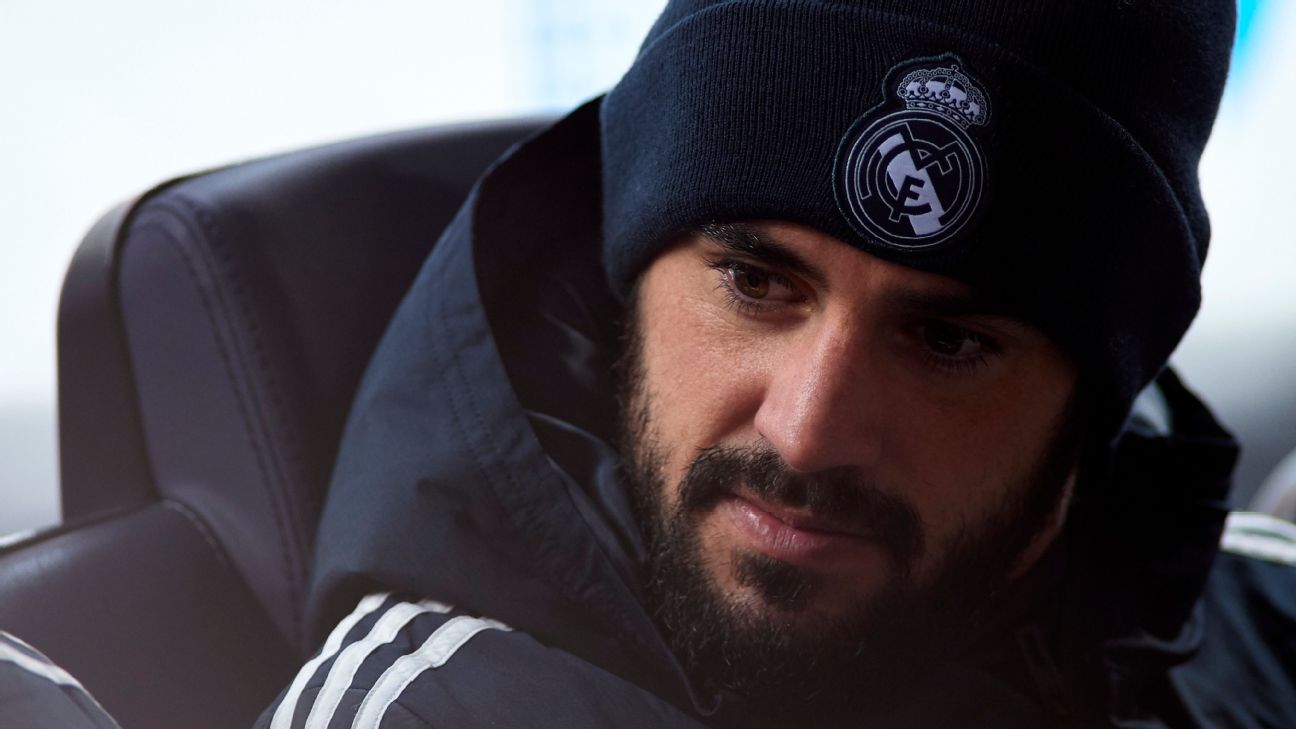 Real Madrid playmaker Isco says he is not “enjoying the same opportunities as his teammates” in an apparent criticism of coach Santi Solari on social media.

Isco was a regular for previous boss Julen Lopetegui but has barely featured since Solari took charge last October, starting just three games in four months. Even youngsters Vinicius Jr., 18, and Fede Valverde, 20, are getting much more playing time than the 26-year-old Spain international.

At first many fans and pundits were critical of Solari’s treatment of Isco, a popular player around the Bernabeu. However, that noise has died down more recently as results have improved, and former Madrid midfielder player Ruben de la Red appeared to back the Argentine’s selection decisions at an event ahead of Saturday’s derbi at Atletico Madrid.

He said: “Real Madrid does not wait for anyone. Everyone in the squad is a very good player. Whoever is not up to it gets passed out by his teammates. Madrid have improved a lot since Solari took over on the bench.”

Isco responded by saying on Twitter that, in his view, the competition for places in the team was not completely fair. He said: “I agree completely with De La Red but when you do not enjoy the same opportunities as your teammates then things are different… but even still I keep working and battling a lot hoping for them. Hala madrid!!”

De la Red was a Madrid player from 2004 until 2010 when he had to retire aged just 25 due to a heart complaint, then worked as a youth coach at the Bernabeu before taking charge of Getafe B in the third tier.

He replied with a tweet saying: “My words were not to criticise Isco, but for people to understand the demands of playing for Real Madrid, with the players that surround you. If we talk about Isco, we have a player who has given the Bernabeu some magic moments, I’ve heard his name being sung high.”

Solari has not publicly criticised Isco during his time on the Madrid bench, but there are few signs that the pair have a good relationship and the Andalusian has made a number of public shows of discontent — most recently when snubbing Madrid’s match delegate Chendo after getting just four minutes as a substitute in last weekend’s 3-0 La Liga win at home to Alaves.