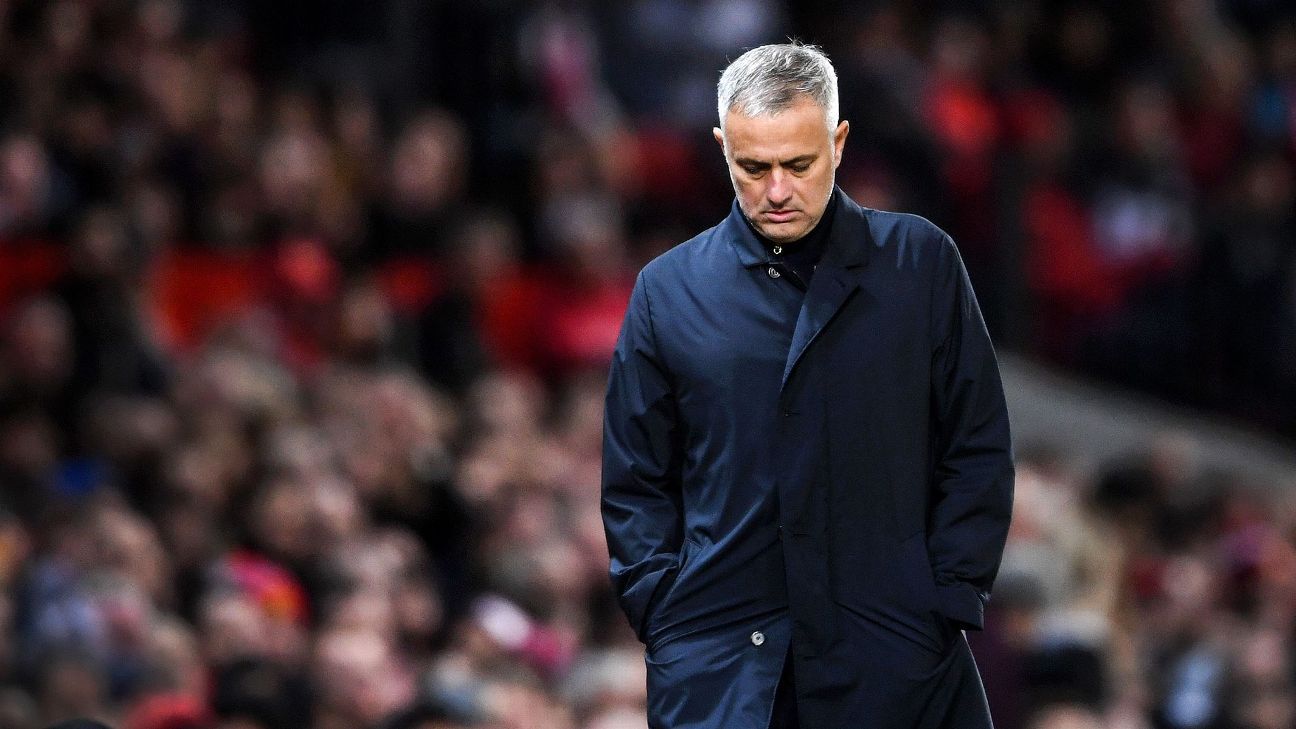 Jose Mourinho says he would have “no problem” returning to Real Madrid but insists reports linking him as a potential successor to Santiago Solari are only “rumours”.

The Portuguese, who has been out of a job since being sacked by Manchester United in December, is a reported target of Los Blancos.

Solari, who replaced sacked Julen Lopetegui as coach of Madrid in October, has been under pressure following a dismal week which saw his side lose twice to Barcelona.

Madrid fell 3-0 at home to Barca to lose 4-1 on aggregate in the Copa del Rey semifinals before Saturday’s 1-0 league defeat against Ernesto Valverde’s side also at the Bernabeu stadium.

Asked about Mourinho’s possible return to the Bernabeu stadium, Solari said ahead of Tuesday’s Champions League game against Ajax: “Mourinho? This club has always had more suitors than Julia Roberts.”

Despite a turbulent exit, Mourinho does not look back on his time at Madrid with regret.

“I’ve got an overall great memory of my time there,” Mourinho said. “To work for Real Madrid has been a unique experience, different from any other I’ve had, and I’ve had many. We’ve done fantastic things. We won La Liga…We had bad times, I probably made mistakes, but I improved a lot as a coach and as a person after that experience.

“Now I’m open to even work in a country that I’ve never worked before, to try out a different culture and win a league in a fifth different country. But I’m calm now.”

Whatever the club, though, Mourinho said he doesn’t intend to return to coaching until the summer.

“I hope I don’t return to work [in coaching] until June,” he said. “When you are coaching you don’t have time for anything, it’s all about winning, losing, smiles and tears. There’s enormous pressure. I want to continue with this calmness and keep watching my football.”

Mourinho is working as a pundit for Dazn, an experience he said is proving enriching.

“I’m learning about the other side so when I return to my side [coaching] I know what that is like,” he said. “As a commentator, you might say many good things but only those that are popular [controversial] come out.”

As well as leading Real Madrid to the Spanish title in 2012, Mourinho won three Premier League crowns with Chelsea and guided FC Porto and Inter Milan to Champions League victories in 2004 and 2010, respectively.

He won the EFL Cup, FA Community Shield and Europa League in his two-and-a-half seasons at Old Trafford.