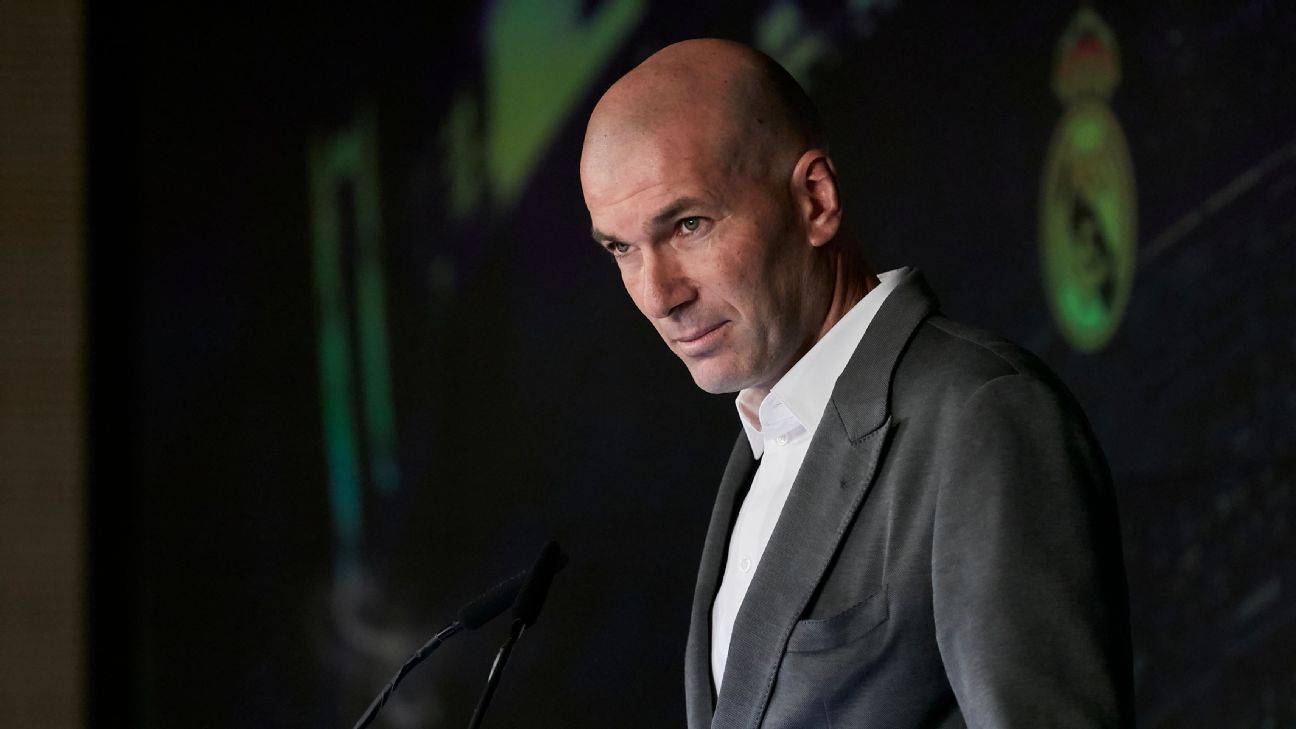 Zinedine Zidane has said he would love to coach Paris Saint-Germain star Kylian Mbappe one day.

Zidane, returning to the Bernabeu for a second spell in charge of the team, stressed that his job was to finish the season well before moving on to transfer plans.

Asked whether he would like to coach France international Mbappe at some point, Zidane said: “Like with all good players, I would love to.”

However, he said he had not asked Madrid president Florentino Perez to sign Mbappe, adding: “No, not at all. It’s not the moment to talk about this.”

Zidane’s return to the Bernabeu was confirmed on Monday, when Perez suggested that Mbappe being a compatriot of the coach might convince him to come to the Bernabeu, and also indicated that he would like to sign PSG’s Neymar.

But the coach said he would not be drawn on potential plans, adding: “I am not going to talk about this as the season is still ongoing.

“We know the quality of the two players, but I am just interested in tomorrow’s game [at home to Celta Vigo] — nothing else.”

Zidane’s return, replacing Santiago Solari in the aftermath of the Champions League exit to Ajax, has sparked speculation that a number of stars could leave the Bernabeu.

Gareth Bale, Toni Kroos, Isco and Marcelo are among those linked with moves, but Zidane said he did not want players to think they were on trial for their futures.

“They should not think I am looking at who will go, who will stay,” he said. “They all have contracts here, then we will see what happens for next year.

“Our job now is to win the 11 games we have left, then we will see what happens. I am not here to make any lists, I am here to finish the season well, all together.”

Bale started only three of Solari’s last 11 games in charge, but Zidane said: “I am not going to speak about Bale’s season. We all know the player Gareth is, and I am counting on him, like everyone. Gareth is ready to play tomorrow.

“The players, including those who have played less, are committed. The important thing is to all be ready, and I will count on everyone, including Isco [who barely featured under Solari] and all the others.”