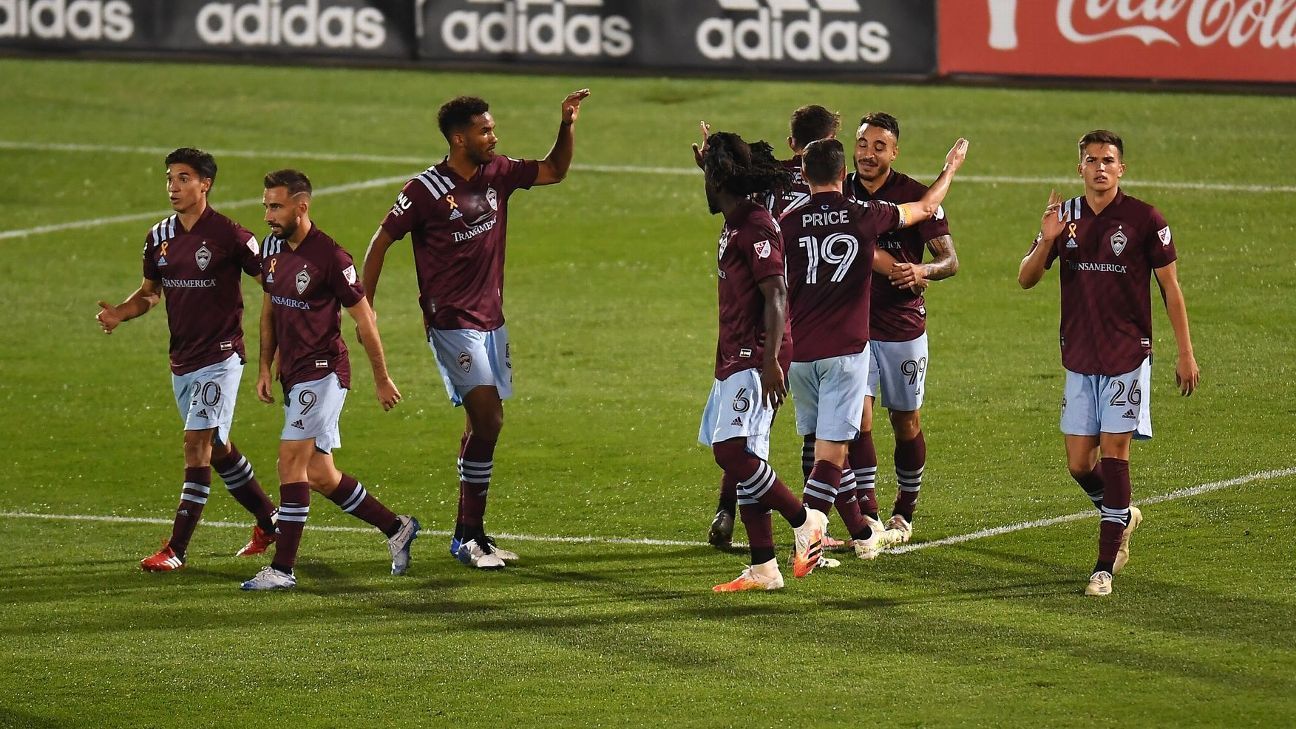 Cole Bassett had a goal and an assist, and the Colorado Rapids had four second-half goals for a 5-0 thrashing of fading San Jose at Dick’s Sporting Goods Park in Commerce City, Colo., on Wednesday.

– MLS on ESPN+: Stream LIVE games and replays (U.S. only)

Bassett (35th minute) and Jonathan Lewis (50th) made it 2-0 before an own goal by San Jose’s Tommy Thompson extended the lead to 3-0. Nicolas Mezquida scored in the 79th and Andre Shinyashiki tallied five minutes later to add to the Earthquakes’ misery.

San Jose (2-6-5, 11 points) has conceded 11 goals in the past two matches and has three losses by at least five goals over the last two weeks.

San Jose, 0-5-3 in the past eight games, was coming off a 6-1 loss to the Portland Timbers on Saturday. Earlier this month they lost 5-1 to Los Angeles FC and 7-1 to the Seattle Sounders.

The Earthquakes have the worst goal differential in MLS at minus-21 (17-38).

William Yarbrough made four saves for the shutout.

On the opening goal, Bassett timed his run to await a free kick by Jack Price, who assisted on two goals. Bassett was alone to snap a header for the 19-year-old midfielder’s second goal in as many games and fourth of the season in nine games.

The goal came six minutes after Colorado’s first goal was disallowed following a video review that showed Price was out of bounds when touched the ball.

The Earthquakes’ defensive lapses were evident when Lewis tallied his team-best fifth goal. A passing sequence allowed Acosta to slip a through ball to Lewis scooting down the middle and he finished the play.