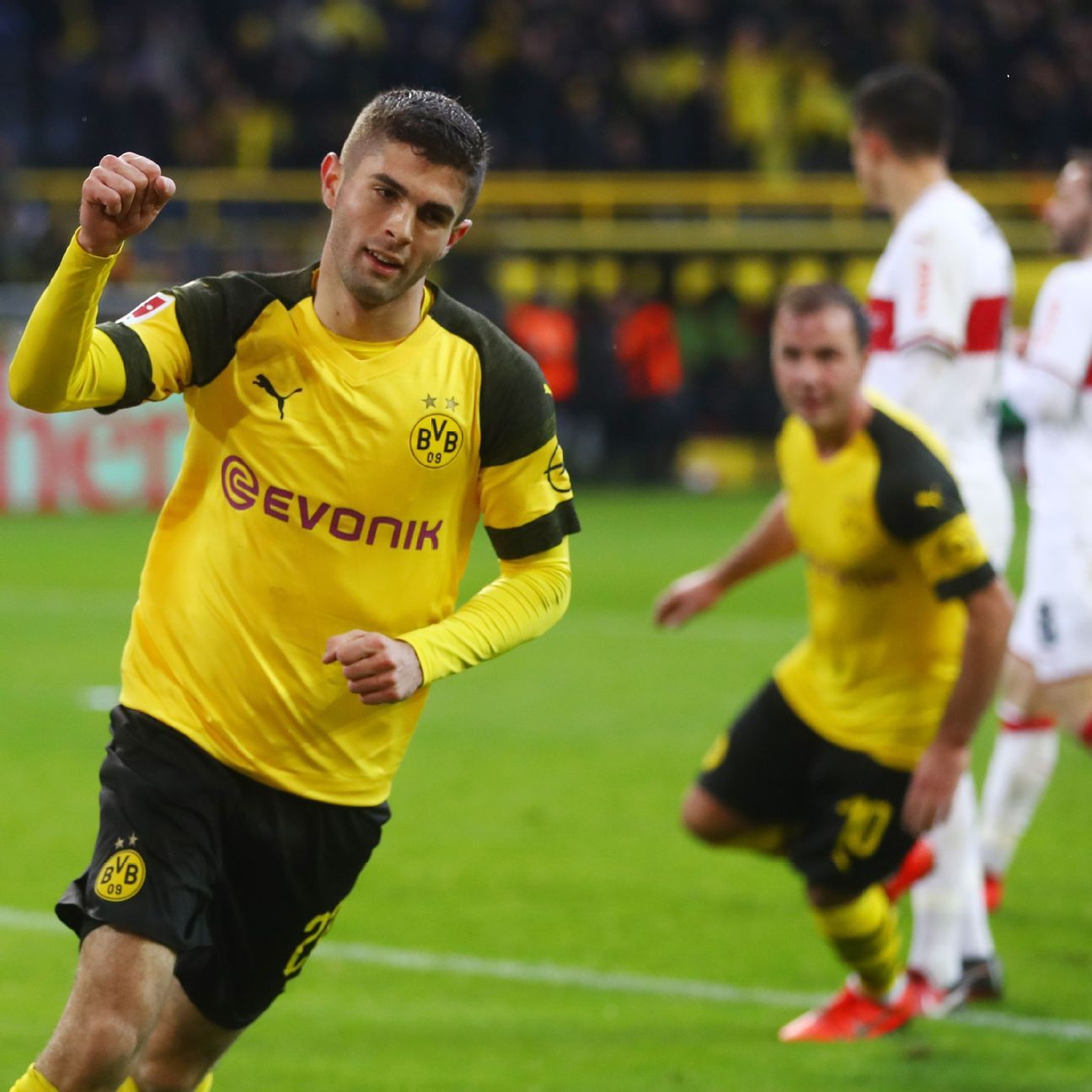 Late goals from Paco Alcacer and Christian Pulisic gave Borussia Dortmund a nervy 3-1 victory over struggling VfB Stuttgart on Saturday but they handed over the lead to champions Bayern Munich, who went ahead on goal difference.

Dortmund, eliminated in the Champions League round of 16 by Tottenham Hotspur in midweek, never hit top form and needed a Marco Reus penalty in the second half to take the lead.

But Stuttgart levelled with Marc-Oliver Kempf in the 71st before Alcacer notched his 14th goal of the season.

Substitute Pulisic settled the Dortmund nerves in the 90th to lift his team to 57 points, level with Bayern, who went top after their 6-0 demolition of VfL Wolfsburg.