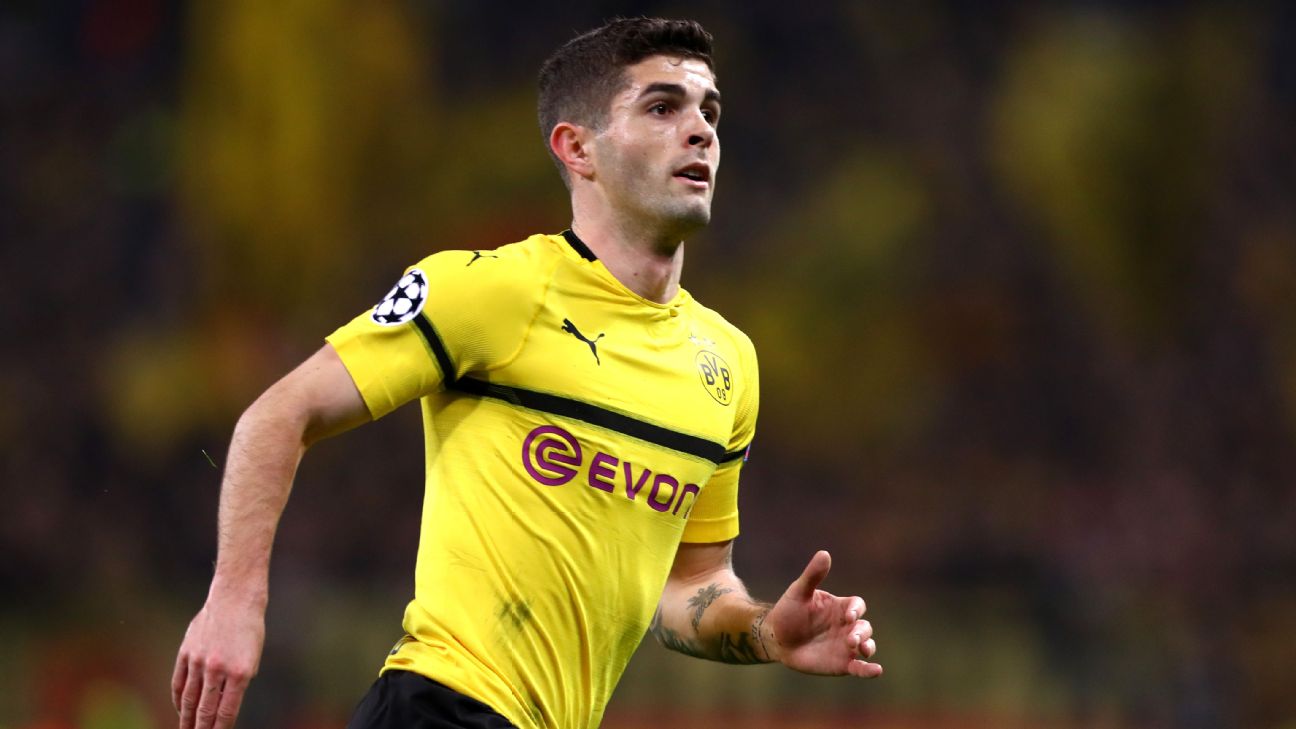 Christian Pulisic has said Borussia Dortmund’s lax second-half attitude and failure to defend crosses was to blame for Wednesday’s 3-0 Champions League defeat to Tottenham, but that the tie is not over yet.

Dortmund were the more dangerous side in the opening 45 minutes of the round-of-16 tie at Wembley, registering four shots on target while Spurs managed none.

But Son Heung-Min gave the hosts the lead less than two minutes after the break, and Jan Vertonghen and Fernando Llorente added late goals to condemn the Bundesliga leaders to a damaging 3-0 defeat.

“It’s really tough to say [what went wrong in the second half],” United States international Pulisic said. “Obviously we’re going to watch the film back.

“Unfortunately, we just weren’t locked in on their crosses and they were able to score off three crosses, and we’ve got to work on that.

“We’ve got to go out there and understand that we can’t give up goals like that, because there’s still a second leg — that it’s not going to be easy to play here and we’ve got to lock in and be able to defend crosses.”

Dortmund face an uphill task when they host the second leg in Germany on March 5, but Pulisic said: “This team’s never going to give up, especially going home. We’re confident we can score three goals.

Pulisic will be play for Chelsea next season, having signed for them in the January transfer window before being loaned back to Dortmund for the remainder of the season.

Asked whether the showdown with Spurs has whetted his appetite for life in the Premier League, the 20-year-old said: “Yes of course. Tottenham’s a great side. It’s good to play against great competition in any league, but I’m definitely looking forward to next season.”

Chelsea have been struggling under Maurizio Sarri, with Sunday’s 6-0 humbling by Manchester City leaving them in sixth place.