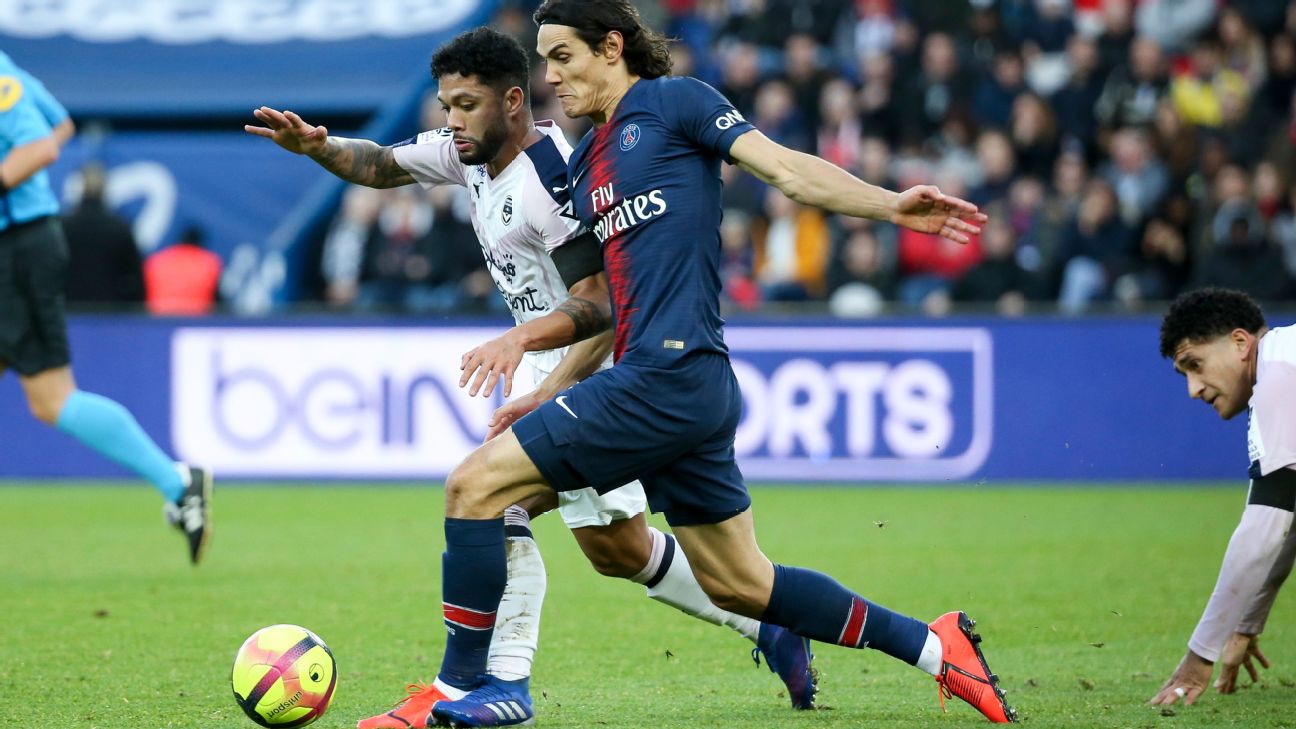 Paris Saint-Germain striker Edinson Cavani will miss Saturday’s game at Caen and is a doubt for next week’s Champions League match against Manchester United as he recovers from a hip problem, coach Thomas Tuchel has said.

Uruguay international Cavani missed the 2-0 first leg win at Old Trafford and has not featured since facing Bordeaux at the Parc des Princes last month.

Earlier this week, Tuchel said he hoped Cavani could return against Caen, but told a news conference on Friday he had been “a bit too optimistic.”

“Edinson will rejoin the squad in training later,” he said. “I do not know if he will do a full session, or just certain parts of it.

“In any case, he is unavailable. I was a bit too optimistic last time — the raised expectations are my fault.

“Edi will not be with us in Caen as we do not want to take any risks with him. He is important for us. Right now, it will be very, very tight for Manchester United. We must wait.”

Tuchel said PSG were not focusing on the United game, adding: “It is our challenge to not think about United. It is our duty to play and focus on Caen on Saturday. I believe in my team.”

PSG go into this weekend’s matches with a 17-point lead at the top of Ligue 1, while a midweek win over Dijon took them into the Coupe de France semifinals.