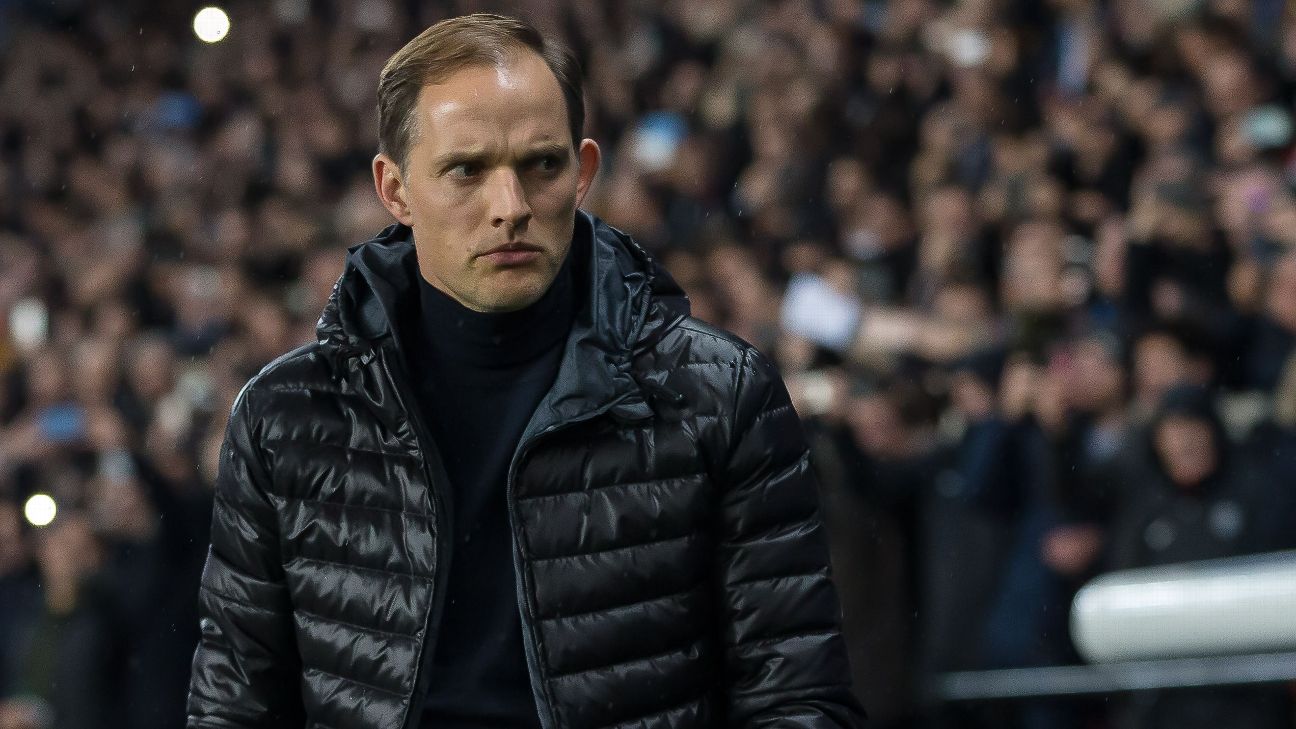 Paris Saint-Germain boss Thomas Tuchel has said many of his players wanted a holiday and for the season to be over following the Champions League round-of-16 exit at the hands of Manchester United.

Leading 2-0 from the first leg at Old Trafford, PSG lost 3-1 at Parc des Princes thanks to a controversial stoppage-time penalty and exit the competition at the first knockout stage for the third consecutive season.

“Just days after the match, many of the players wanted the season to be over and to go on holiday for a bit,” Tuchel said at a press conference on Monday. “It was not an option.

“We are not going to win the Champions League this season, but it is an opportunity for us to act like champions.”

Kylian Mbappe and Presnel Kimpembe — whose handball saw United awarded the late spot-kick — have both spoken publicly since the defeat, with the former reaffirming his commitment to the PSG project and that he has struggled to sleep since. Meanwhile Kimpembe said the team were complacent — something Tuchel does not agree with.

“I have not listened to Presnel’s take,” he said. “I felt my squad was more tense than before the match in Manchester.

“My players were very serious during Sunday’s training session. Last week’s match was different from Manchester or Belgrade. I feel differently to Presnel. If he feels that way about himself, then he should change things. This is not the time to try to explain the inexplicable.”

PSG’s ultras, who were allowed to attend training at Parc des Princes on Sunday to vent some of their frustration, have made it clear that they expect greater character from their team and Tuchel was understanding.

“The ultras are sad and angry,” he said. “We understand that and accept it.

“However, they must understand that nobody feels worse than we do right now. We respect the fans and performed brilliantly together at Old Trafford. Now is not the time to voice doubts.”

Meanwhile, Tuchel has said he is keen to stay at the club for as long as he is wanted.

The defeat to United led to question marks over the former Borussia Dortmund manager’s future, but sources quickly assured ESPN FC last week that the German is safe in his job.

“Of course, I would like to stay here for a long time and enjoy success — that is my objective, clearly,” Tuchel said. “It feels bad.

“I feel bad and we are all sad. We have all spoken together and yesterday’s training session was of exceptional quality. It was not the same spirit as pre-Manchester, but it was still very high — lots of concentration and quality. That is a first step forward and we want to keep pushing the players to handle this situation in the best way. This Dijon match [in Ligue 1] is the best remedy.”

Tuchel said he is still adamant that PSG did not deserve to be dumped out of the Champions League and pointed to sporting greats that have overcome adversity. Although, he did also recognise that similar “accidents” predated his arrival.

“Analysing last Wednesday is complicated,” he said. “It was an accident.

“I know that there have been numerous accidents these past few years. However, this was the first with me. We committed two incredible individual errors and then there was a refereeing mistake to use VAR at that moment.

“We were very tense, I felt it during the match — it was not a comfortable game. It was a chance to grow up and leave the doubts of the past behind us, but we were unable to. We should not over-analyse too early, but it is possible that this was also just an accident.

“I believe that it was such an accident. To overcome obstacles, you need solutions. We also need luck to get past this and continue to grow. We are not alone. I mean, greats like Michael Jordan and Roger Federer have had some setbacks too and they overcame them.”