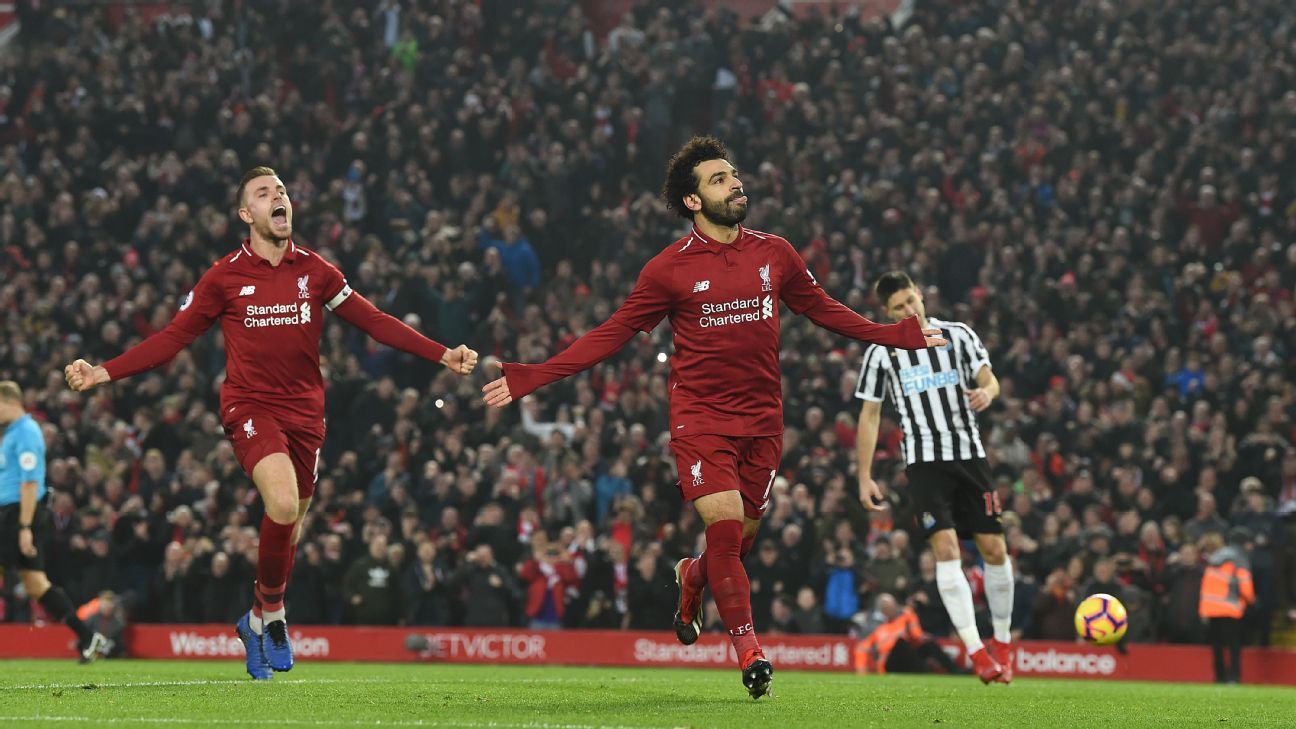 Arsenal coach Unai Emery has revealed that Paris Saint-Germain passed up the chance to sign Mohamed Salah from Roma — because they doubted the Egyptian was good enough to play for a top team.

Emery said he and PSG bosses talked about signing Salah while he was manager of the French club, and admitted they missed out on “one of the top five players in the world” as they weren’t sure he could perform as well for a team of of PSG’s stature.

Emery could be made to pay for that mistake when his Arsenal side travel to Anfield on Saturday, with Salah having emerged as a superstar since joining Liverpool instead from Roma last summer.

“We spoke about the possibility to sign Salah [to PSG] when he was playing in Roma, and we had some doubts,” Emery said ahead of the clash against the Premier League leaders.

“And then he signed for Liverpool, and this doubt he has [proven wrong] in Liverpool. And now if you are speaking about the five top players in the world, one is Salah.”

The Egyptian was the Premier League’s top scorer last season with 32 goals, and has 12 in 19 games this campaign. He was also ranked at No.7 among the world’s forwards in the 2018 ESPN FC 100.

Salah isn’t the only signing who has made a major impact for Liverpool, with centre-back Virgil van Dijk and goalkeeper Alisson Becker having helped shore up the team’s defence this season.

Emery is still struggling to sort out all of Arsenal’s defensive problems, but said Liverpool’s steady progress under Jurgen Klopp during the last three years is a blueprint for the Gunners to follow.

“I remember, three years ago they had problems also in defensive moments,” Emery said.

“They bought some players, like for example Van Dijk, a good investment with him. This progress I think is the result we are looking at with them now. They are very strong in defence, also they are improving a lot when they bought Salah, and now offensively they are a very big team.

“I think here they are the best team with the best players, and now the leader in the table is Liverpool. It’s because they are doing things very well, they are very established with Klopp. I know in the first year when he arrived in the Premier League, they also had some injuries and some difficulties. But with patience and time, they are creating and improving like they are today. For us, it’s a good example.”