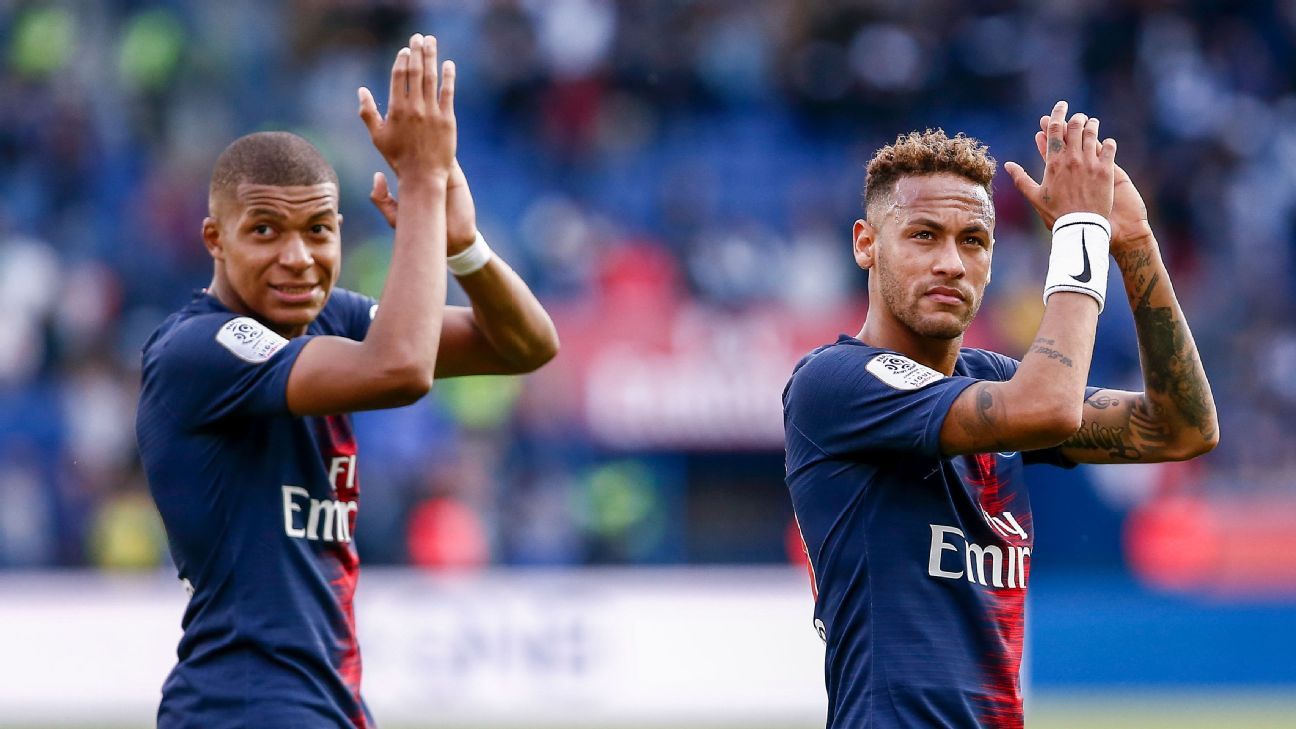 PARIS — Paris Saint-Germain chairman and CEO Nasser Al-Khelaifi has emphatically told ESPN FC that superstars Neymar and Kylian Mbappe will be staying with the club for the foreseeable future.

Speaking exclusively on Friday with ESPN FC after confirming a new three-year partnership with Accor’s Accor Live Limitless (ALL) that moves the club into Europe’s top four in terms of shirt sponsorship deals, Al-Khelaifi rejected the idea that the Ligue 1 giants were facing the prospect of selling at least one of their stars this summer because of UEFA’s financial fair play (FFP).

“Kylian and Neymar are PSG players,” said the Qatari. “They will stay PSG players and they would have — with, or without, Accor.”

Al-Khelaifi then hinted that PSG’s days of spending lavishly could be back thanks to their latest revenue stream — which is almost double what outgoing sponsor Emirates were paying — and has a further option of three years. Although he insisted that FFP will always be respected as Les Parisiens remain under scrutiny and have an appeal with the Court of Arbitration for Sport pending.

“For sure, [the new partnership deal] will increase our revenue to allow us to invest more — this is a big deal for us,” he said. “With revenue increasing, for sure, we will buy more players.

“We will speak with the coach and find out which players he wants. It is too early to decide which players we will or will not buy, but we will see what the coach wants.

“In terms of FFP, we always respect it. So, we were not worried about FFP — even without the Accor contract.”

Al-Khelaifi also took the opportunity to express his happiness with “amazing” injured star Neymar and is looking forward to seeing the Brazil international back in action PSG push for domestic and continental glory as the season reaches its business end.

“You know, Neymar is doing amazing here,” said Al-Khelaifi.”He is very happy here with PSG and we are very, very happy with him. Neymar has added amazing value to the club — on and off the pitch.

“What Neymar has done with PSG so far is amazing. There are many things that he wants to do here — he wants to win more trophies and that is what we want to do too.

“So, as far as he is concerned, he is an amazing person. As a player, he is a top professional, talented — I am not going to talk about his talents, but you can see what he adds to the club. We are missing him now, but I am really excited to get him back soon.”

Neymar could be back for the Champions League quarterfinals if PSG can finish the job from the first leg and see off Manchester United in next month’s Paris return.