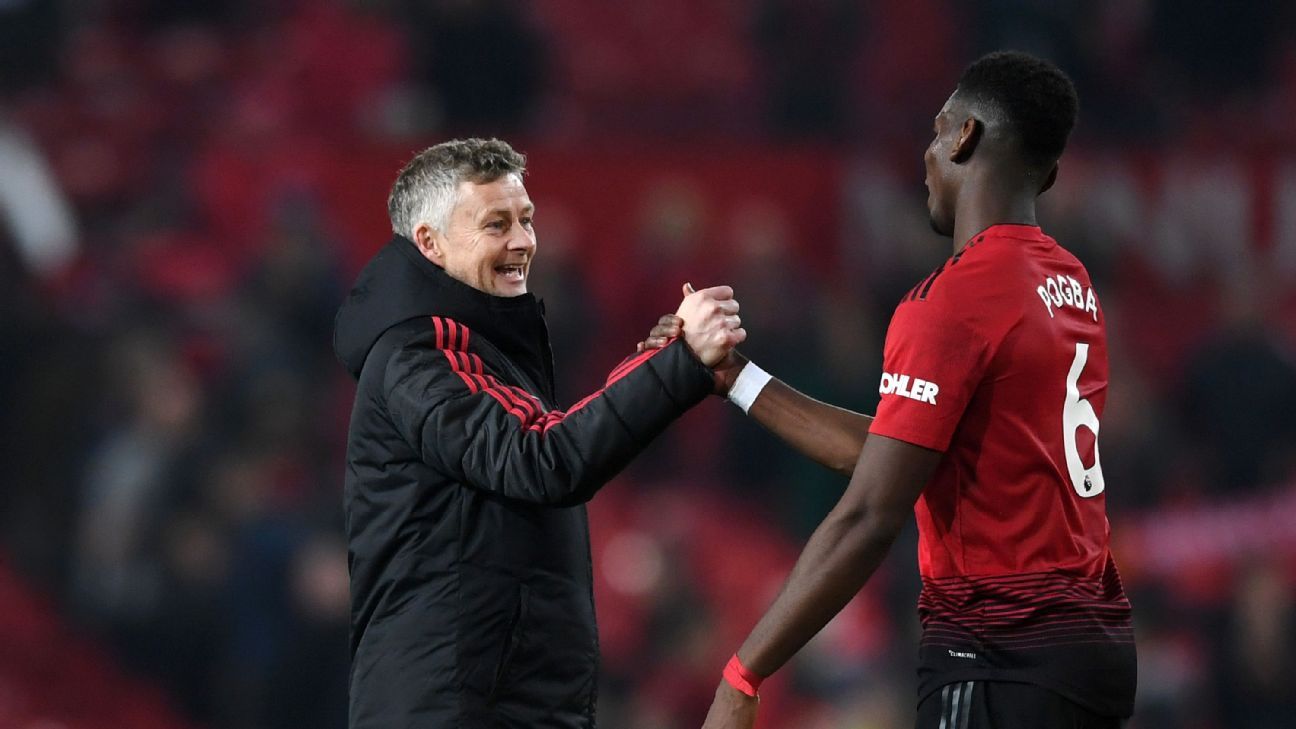 After a week off, the Premier League returns and that is music to our ears. Can Ole Gunnar Solskjaer Man United maintain their momentum as they take a step up in competition against Tottenham? Does Jurgen Klopp have a problem on his hands in defence? Here’s what Nick Miller is watching for this weekend…

It would be reasonably patronising to suggest that all Ole Gunnar Solskjaer has been doing at Manchester United is rubbing everyone’s shoulders and telling tales of that famous 1999 night in Barcelona, even with Marcus Rashford‘s light-hearted tweet this week suggested the anecdotes are flowing. He is clearly having a material impact on United’s strikers, tinkering with Romelu Lukaku‘s positioning and working closely with Rashford on his finishing.

But now he actually has to start managing. After a pretty gentle opening five games, United now face Tottenham, a side who wobbled once recently but one who held Chelsea scoreless in the Carabao Cup semifinals this week and who had scored 22 goals in the five games previous.

On Sunday Solskjaer will face the manager whose seat he might be keeping warm: if United’s caretaker wants a test in the form of a head-to-head with one of the best, Mauricio Pochettino will certainly be that. If nothing else, this will probe at Solskjaer’s tactical thinking, as Spurs are a team that can change shape in a heartbeat: at the moment they favour a loose 4-4-2 with a midfield diamond, but they could as easily go with a 4-2-3-1 or some variant on a 3-4-3 this weekend. How United will combat this tactical malleability will be a test of the work Solskjaer has done to make his collection of players more of a team again.

The players seem happy, particularly when discussing Solskjaer’s insistence on playing attacking football. But against one of the best managers, and best teams in the game, that alone won’t be enough. Solskjaer wants to stay beyond the end of this season: if he outwits the man many have tabbed to replace him, might that change some minds upstairs at Old Trafford?

Are you a centre-back, and would you like to play for Liverpool on Saturday?

Jurgen Klopp didn’t want to play Dejan Lovren against Wolves in the FA Cup on Monday, and it was subsequently made pretty clear why, after the Croatian tweaked a hamstring and 16-year-old Ki-Jana Hoever was forced to come on. With Joe Gomez and Joel Matip already out, that leaves Virgil van Dijk as Liverpool’s only fit central defender: he’s good, but asking him to literally do the job of two men might be a bit much.

So what are Klopp’s alternatives? The most logical would be Fabinho, who started alongside Lovren against Wolves, but Georginio Wijnaldum has filled in at the back before, James Milner can play anywhere and Hoever performed well during his first test. Whoever he chooses will be a makeshift option, and while Brighton aren’t the most fearsome attacking prospect, after two defeats in a row for the first time this season, Liverpool still might find this tricky.

Will Nasri make an instant impact against former club Arsenal?

Amid all the talk about an offer for Marko Arnautovic and the return of Andy Carroll, it’s easy to forget that West Ham now have Samir Nasri available to them. Might he play a part against his former club Arsenal this weekend? Yes, according to Manuel Pellegrini. “It was very useful for him to get minutes against Birmingham [in the FA Cup],” said the West Ham manager on Thursday. “He played 60 minutes, he is working with us very hard for around 40 days now so he has demonstrated he is able to play.”

The question is, what sort of impact will he have? Nasri is an excellent technical player, but he hasn’t played a league match for nearly 14 months, so even if he has been training with the Hammers for six weeks, how sharp can he really be? We might find out on Saturday.

It was interesting that, even in defeat to Tottenham on Tuesday night, Maurizio Sarri described Chelsea’s performance as their “most important” of the season. That was because, in his words, they kept playing well for the whole 90 minutes, rather than submitting to that weird affliction that has troubled them in a few games. That being a loss of concentration after about an hour, like a toddler with a limited attention span.

It will be interesting to see if Sarri can keep his side’s focus to do that again when they play Newcastle on Saturday. There has been an awful lot of noise around Chelsea recently, from the Callum Hudson-Odoi situation to Cesc Fabregas’ potential departure, to who his replacement will be. If concentration has been a problem for Sarri’s side this season, then now might be the time when it’s tested the most.

A warning for Everton’s Silva

With one win in the last eight league games, it was no wonder that Everton’s majority shareholder Farhad Moshiri noted last week that their position in the table “is just not good enough.” Perhaps even more worrying for Marco Silva, even though it came with the assurance “we stick with him”, was Moshiri emphasising that they had put a “big bet” on the manager. In short, they expect progression, and since Everton are currently two places worse off with the same number of points as this stage last season, when they were already on their third manager of the campaign, it would take quite the salesman to argue that giant steps forward have been taken.

Sure, the football is better, but the results have been wobbly. Silva can blame some of the more recent ones on individual mistakes, but these upcoming games will be key. The five fixtures before facing Manchester City at the end of February are relatively friendly: they have a stumbling Bournemouth this weekend, then Southampton, Huddersfield, Wolves and Watford. But if they take fewer than, say, nine points from those five games, then bigger questions might be asked.