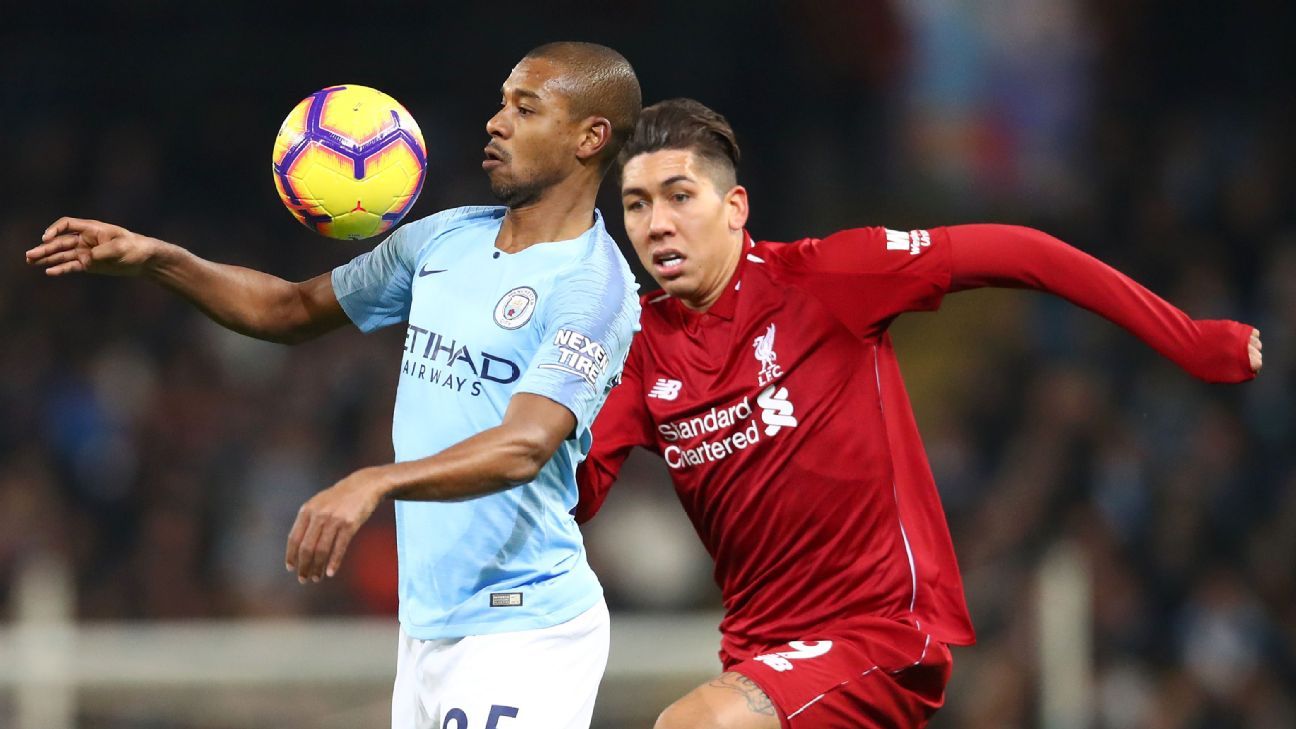 Now that we’re in the final dash to the line in the Premier League, who can keep a cool head in a crisis? Which teams can perform when the heat is turned up? Who might falter unexpectedly?

With all those questions in mind, and more, Ian Darke takes a club-by-club look at the league to help you decide how the rest of 2018-19 will pan out.

The Reds are looking far from fluent, but they’ve still been beaten only once all season, and are getting the kind of breaks that make you wonder if their name is destined to be on the trophy. Whatever happens now, they have made a tremendous fight of it.

Silky and stylish, City would have this in the bag but for unscripted defeats against Crystal Palace, Leicester and Newcastle. As they chase the Quadruple, could there be one more upset? The derby at Old Trafford on April 24 looks pivotal.

– Man City’s Quadruple bid: How close have others clubs come?

The Gunners have won 44 points at home and only 19 away. That is a worry for Unai Emery, and the Europa League has to be given the highest priority to ensure Champions League football next season.

In danger of blowing what should have been a comfortable top-four finish, Spurs are gifted but accident-prone. Ten defeats is too many.

Ole Gunnar Solskjaer has performed wonders, but recent displays suggest the honeymoon effect is wearing off. The truth is that this squad needs repairs in the summer, notably in midfield.

Maurizio Sarri will be gone in the summer unless he can coerce the Blues into returning Champions League football to Stamford Bridge. Some odd selection decisions do not help his popularity with disaffected fans, particularly his reluctance to use dangerous young England star Callum Hudson-Odoi.

A magnificent year back in the big time, and possibly an FA Cup final appearance to crown it.

Given fresh impetus by Brendan Rodgers, the Foxes can make a late run for Europe with Jamie Vardy looking rejuvenated.

It’s been a tricky first year for Marco Silva, but there are signs of improvement and Everton, too, have a chance of qualifying for European football. Summer deals will determine if they can kick on.

The Hornets outplayed Manchester United at Old Trafford yet lost on Saturday, despite playing some very watchable football. The FA Cup semifinal against Wolves on Sunday is a huge game for a club that has never won a major trophy.

The Hammers have been maddeningly erratic: too good to be in trouble, but way too inconsistent to be challenging for anything. You wonder about the mentality there.

Their away form has fallen off a cliff, but the Cherries are established in the top flight now, and you suspect that will remain the case as long as Eddie Howe is in charge.

Palace look to have done enough to avoid the drop again. Roy Hodgson has done a steady job.

Rafa Benítez’s renowned powers of organisation have meant only four teams have lost fewer away games. Newcastle will be safe, but they need a new owner to change the narrative.

A run to the FA Cup semifinals has coincided with a slide into danger. The Seagulls can’t relax yet.

The appointment of Ralph Hasenhuttl has galvanised a misfiring team, and Southampton should survive for another season in the top flight.

A much-needed win over Wolves on Saturday means safety is in sight, but a long season that started in July has been a real struggle for the Clarets. They still have Cardiff to play and that game looks huge.

The Bluebirds’ home form has kept them in with a chance in what would be a remarkable survival mission, given the modest talent available to Neil Warnock.

One of the worst defences in Premier League history has meant the Cottagers never had any serious chance of staying up.

Already relegated and out of their depth.