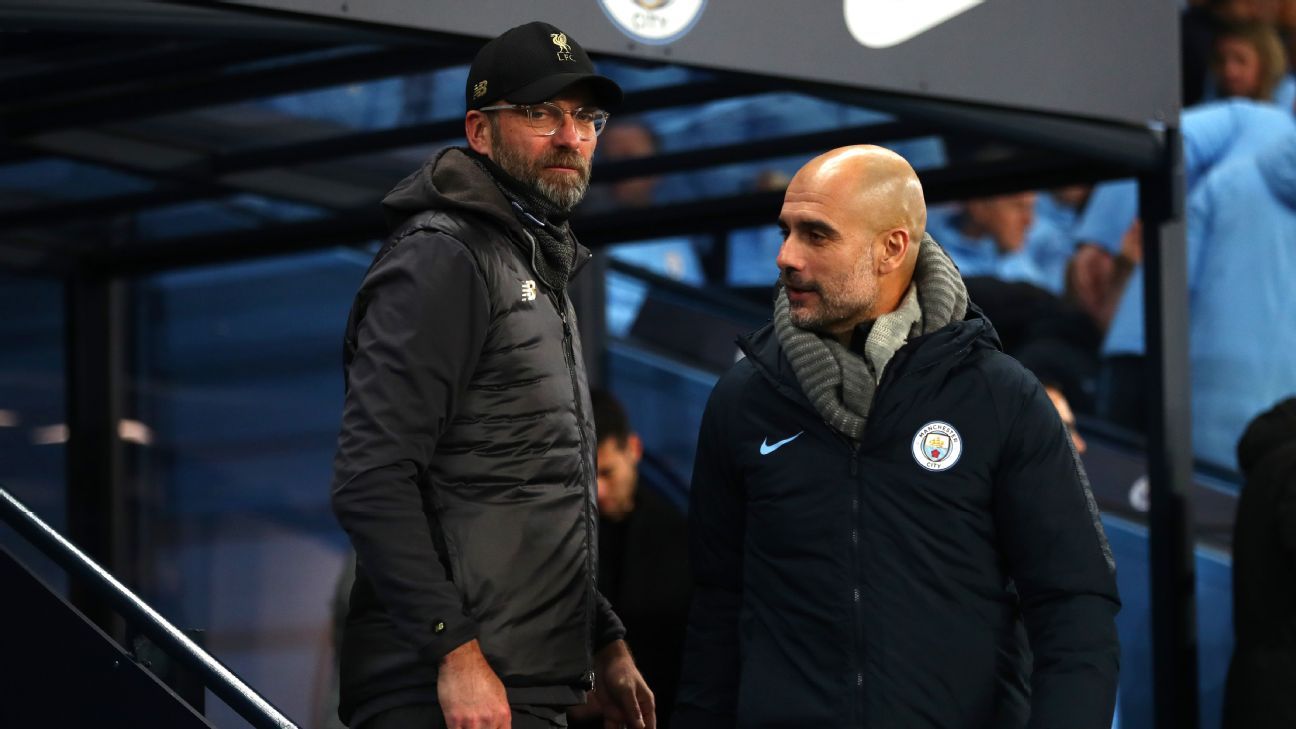 The Premier League returns this weekend with the title and Champions League qualification up for grabs. At the bottom end, the relegation battle is also set to heat up as games begin to run out in the fight for survival.

Manchester City’s 2-1 win against Liverpool has reignited the title race, while Manchester United’s resurgence under caretaker manager Ole Gunnar Solskjaer has opened up a three-way battle with Chelsea and Arsenal for a top-four finish.

So how will it all shape out? Who will finish where, and why?

Biggest game: Not one, but two. Pep Guardiola’s men face back-to-back home games against Arsenal and Chelsea in early February and six points from those would fire a warning shot to Liverpool ahead of the Champions League’s resumption. City have shown vulnerability against lower-ranked teams this season, suffering defeats against Crystal Palace and Leicester, but wins over top-six rivals will point to a return in form at a key stage of the season.

Biggest danger: If City go deep in the Champions League, the distraction could have a negative effect on their domestic ambitions. The club’s owners have made no secret of their determination to win in Europe and success in that competition is the priority. Having been paired with Schalke in the Round of 16, Pep Guardiola’s side should make it into the quarterfinals without much difficulty, but the flip side of that would be a drain on resources for domestic games at the business end of the season.

Bottom line: City have title-winning experience and genuine squad depth, both of which give them an advantage over Liverpool. Maintaining focus on the league while pursuing European glory will be the test, but Guardiola’s players are proven winners.

Biggest game: Saturday’s trip to Brighton has become Liverpool’s biggest game of the season because they simply have to bounce back from losing at Man City (as well as losing in the FA Cup). Defeat at the Etihad Stadium was Liverpool’s first in the league this season, so they are certainly not out of form. However, winning the title is about confidence and momentum, so failure to claim all three points this weekend will raise questions about the ability of Jurgen Klopp and his players to handle the pressure.

Biggest danger: Injuries. Every team suffers loses players during a season, but Liverpool have three they cannot do without: Central defender Virgil van Dijk, forward Mohamed Salah and goalkeeper Alisson. If any of them go down, the Anfield club will be in trouble. Similarly, the loss of left-back Andy Robertson would create a big headache for Klopp due to a lack of reliable cover.

Bottom line: Liverpool are top by four points and rightly favourites, but their lack of recent success and reliance upon certain players makes them vulnerable. The desperation of supporters to win the title for the first time since 1990 is palpable and that could yet prove to be as much of a hindrance as a help.

Biggest game: If Tottenham are to be serious contenders for the title, they have to take care of games they are expected to win. That has been a problem this season, with defeats against Watford and Wolves. Mauricio Pochettino’s men have also failed to beat the likes of Liverpool, Arsenal and Man City, so their challenge is to avoid slip-ups against lesser opponents and beat their rivals. The trip to Liverpool on March 30 will be huge if Spurs are still in the race.

Biggest danger: Spurs have proved unable to rise to the occasion when have been within touching distance of becoming serious challengers. It would be too harsh to label Pochettino’s team as chokers, but there is a danger of them becoming nearly men, falling at the key hurdle repeatedly. In other words, will they “Spurs” things up?

Bottom line: Tottenham are six points off the pace in the title race, so are outsiders when it comes to finishing on top. Outside the top two, though, they are the best of the rest.

Biggest game: Sunday’s trip to Tottenham was always a big game, but after caretaker manager Ole Gunnar Solskjaer oversaw four successive league wins since replacing Jose Mourinho, it has become an acid test. Has the revival been a flash in the pan, made easier by a soft run of fixtures, or is it a sign of United returning to their best? If they do not win at Wembley, the top four will look increasingly out of reach, but victory maintain momentum.

Biggest danger: At some point, the Solskjaer honeymoon will end, but if he can postpone the inevitable long enough, United might be in a position to finish in the top four. It is all about how they react when the setback comes.

Bottom line: With such attacking options, United have the firepower to salvage the season and finish fourth, if Solskjaer can keep things rolling.

Biggest game: Chelsea’s visit on Jan. 19 is a crucial game for both teams, but it is one that Arsenal cannot afford to lose. A Gunners win would have the combined effect of adding to growing tension at Stamford Bridge and injecting new belief and confidence at the Emirates Stadium. An Arsenal win would be good for them and for Man United.

Biggest danger: Unai Emery has made progress with the imbalanced squad he inherited from Arsene Wenger, but a lack of strength at the back has become a problem again. When Arsenal’s defence fails, it does so spectacularly and the 5-1 defeat at Liverpool last month exposed flaws. Arsenal have other concerns, such as Mesut Ozil’s inconsistent contribution and squad fatigue if they go deep in the Europa League.

Bottom line: Arsenal have become Wenger’s Arsenal again: Breathtaking going forward, but hopelessly naïve at the back. Emery needs more time to correct flaws and that is likely to cost them a top-four spot.

Biggest game: Despite winning just four of their last seven league games, Chelsea remain in the top four because of their impressive start to the season. Unless they have a really alarming loss of form, they are likely to contend until the end of the campaign, but a trip to Liverpool on April 13 could be decisive. If Chelsea are still in the hunt, a positive result at Anfield could give them the edge over United and Arsenal.

Biggest danger: Goals, or the lack of them. Maurizio Sarri has done remarkably well to keep Chelsea in the top four with Alvaro Morata and Olivier Giroud as his strikers. They have delivered only six league goals between them this season and if a new forward is not added during the January transfer window — Gonzalo Higuain is the top target — too much pressure will be placed upon Eden Hazard’s shoulders.

Bottom line: Chelsea enjoyed a “new manager bounce” under Sarri at the start of the season, but have since flat-lined and the sight of Arsenal and Man United closing behind them will only add to the sense of things slipping away. If they do not sign Higuain, Chelsea will miss out on the top four.