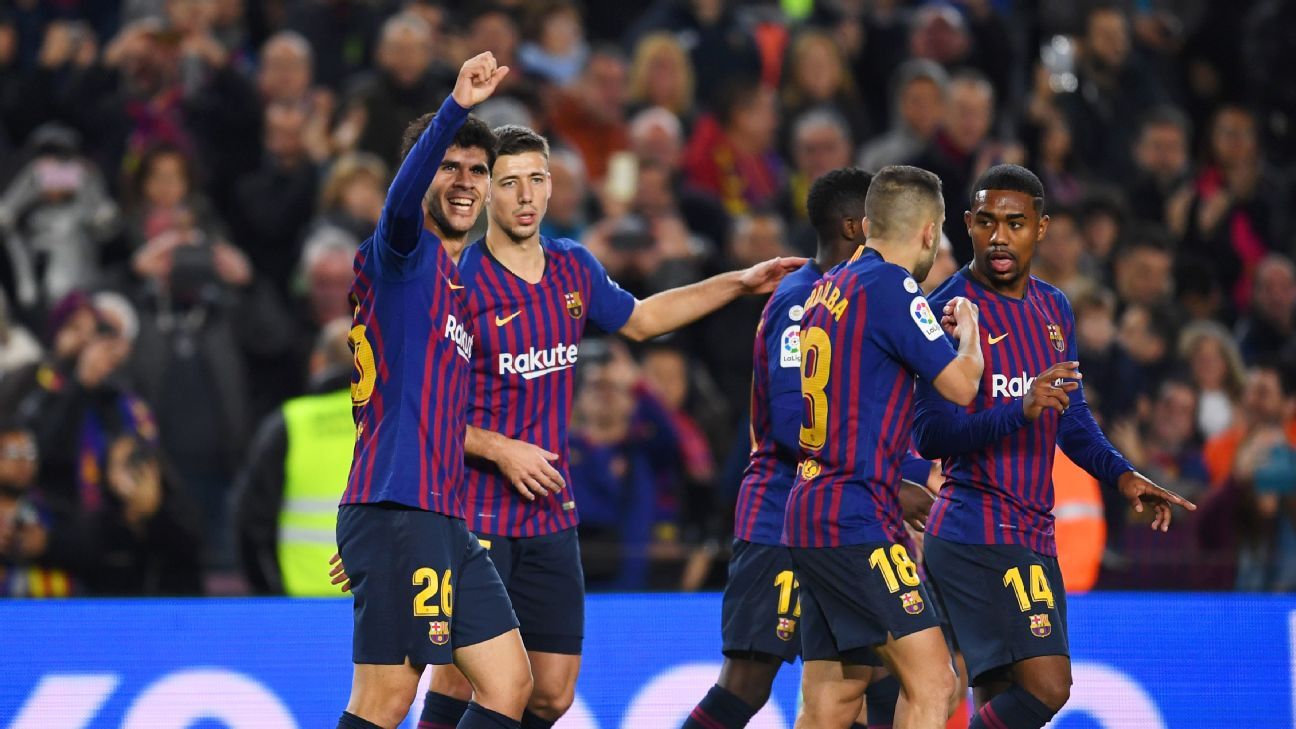 Champions Barcelona overcame a dogged Villarreal side to win 2-0 at home on Sunday, with goals from stalwart defender Gerard Pique and youngster Carles Alena, to provisionally return to the top of La Liga.

The victory extended Barcelona’s unbeaten streak against Villarreal in all competitions to 21 games (16-0-5), with their last loss against the Yellow Submarine coming in March 2008

Pique headed the Catalans in front in the 36th minute, connecting with a cross from the lively Ousmane Dembele who produced another decisive display after scoring Barca’s late equaliser against Atletico Madrid last week.

Villarreal are hovering above the relegation zone, but they produced an admirable display and nearly took the lead when Gerard Moreno seized on a mix-up between goalkeeper Marc-Andre ter Stegen and defender Clement Lenglet but was able only to strike the outside of the near post.

Homegrown midfielder Alena, 20, came off the bench to score his first league goal for Barca in the 87th minute and seal the win, racing on to a through ball from Lionel Messi and producing a confident finish.

Barca lead the standings with 28 points after 14 games, while Sevilla are second on 26 and can retake top spot if they beat Alaves later on Sunday.