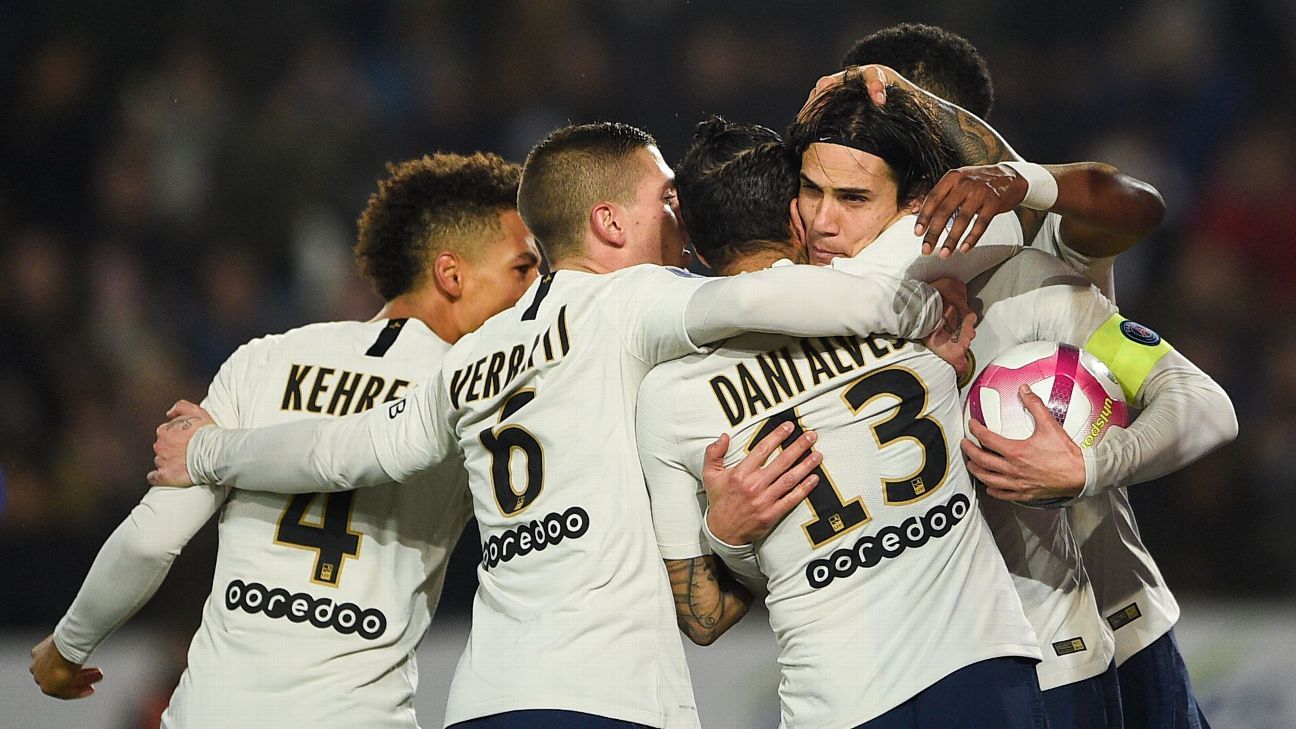 For the second straight weekend, Ligue 1 leader Paris Saint-Germain will not play after several games were postponed at the request of authorities.

PSG’s match at Dijon on Saturday had initially been maintained, but it was among five weekend games postponed on Thursday after six matches were called off last weekend.

Saturday’s match between Amiens and Angers, as well as Sunday’s Brittany derby between Guingamp and Rennes, and Marseille’s home game against Bordeaux, will be played at a later date.

The French league said the reason for the postponements is because police forces are being stretched.

Saturday’s match between Nantes and Montpellier has also been postponed, and the match between Caen and Toulouse will take place on Tuesday.

Nice’s home game against Saint-Etienne — initially set for Friday and then postponed — will go ahead on Sunday.

It leaves Reims vs. Strasbourg as the only match left for Saturday, and Nimes vs. Lille and Lyon vs. Monaco are the only games still scheduled for Sunday.

Strasbourg are in mourning after a deadly Christmas market attack in the city on Tuesday night. A minute’s silence will be held at all football stadiums in France’s first and second divisions this weekend in memory of the victims and their families.

The six matches were postponed last week amid security concerns about anti-government protests. Those six matches are rescheduled for Jan. 15-16.

PSG will play their match against Montpellier, rescheduled from last weekend, on Jan. 15, but it may now be pushed back to February since it clashes with PSG’s planned winter training camp in Qatar, home to club owner QSI.