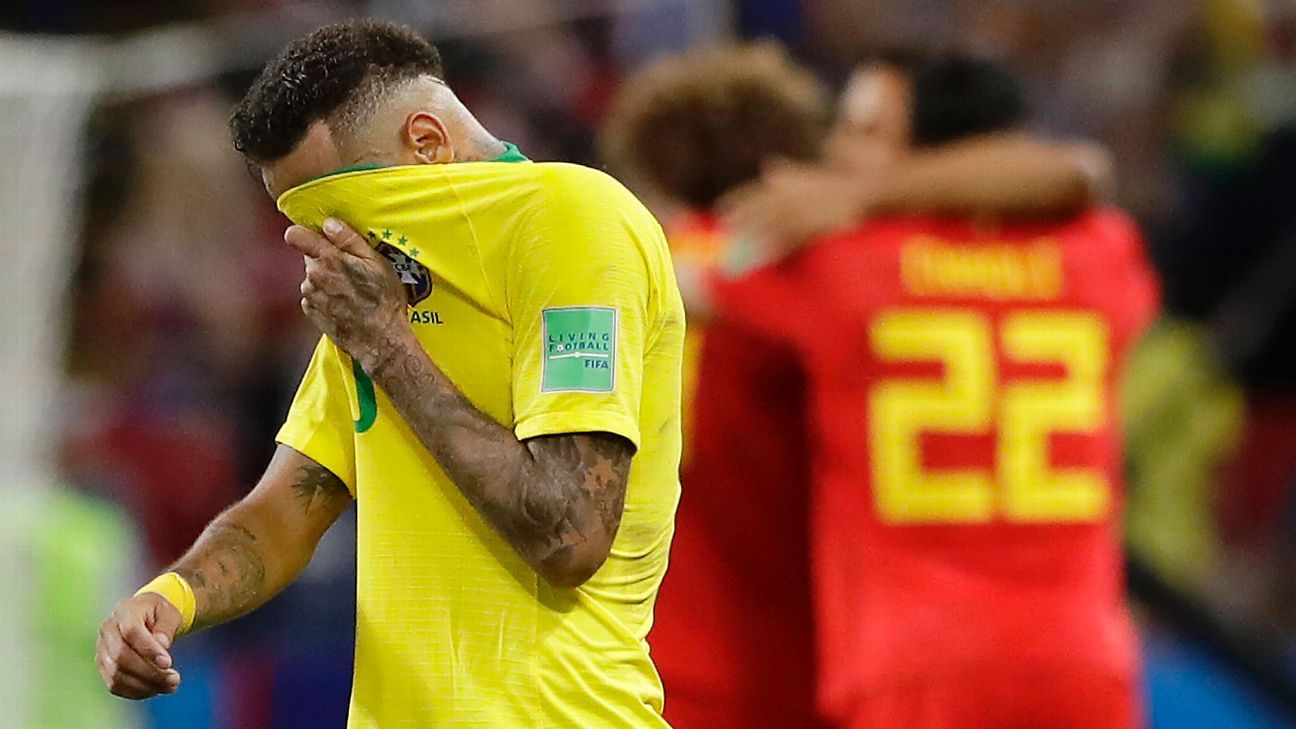 Paris Saint-Germain forward Neymar feels that “most of the weight falls totally on” his back when Brazil loses.

The Brazil captain, who is recovering from a foot injury and was not included in his country’s squad for this month’s friendlies against Panama and the Czech Republic, came under fire after his team’s World Cup quarterfinal exit at the hands of Belgium.

The PSG forward at the time described the loss as the saddest moment of his career.

In an interview with Globo TV’s Esporte Espetacular which will air on Sunday in Brazil, Neymar said: “I think it was an exaggerated criticism of me, but I knew it, and it was like that throughout my career, right?

“I know that when Brazil loses, most of the weight falls totally on my back. I think the exaggeration was excessive not only regarding me but against [Manchester City midfielder] Fernandinho as well. He is another guy who was reproached in a way that I … You can not understand, you know?”

Brazil lost 2-1 to Belgium and Neymar, who had gone into the tournament still recovering from foot surgery, was unable to make the difference for his side.

The former Barcelona star also came under heavy criticism for his behaviour on the pitch, with memes of the player diving dominating social media sites.

Neymar admits that criticism made him question his game.

He said: “I started to see all of my plays at the World Cup and thought to myself, could it be that I am really simulating?”

Neymar, meanwhile, got emotional when talking about his friendship with former Barcelona teammate Lionel Messi.

Messi said in December that he would love for Neymar to return to the Nou Camp but knew it would be very difficult for PSG to let him leave.

Neymar spent four seasons at Barcelona and left the club in the summer of 2017 after PSG paid his €222 million release clause — the highest transfer fee paid in football history.

When asked how he feels when hearing Messi’s comments, an emotional Neymar said: “It’s difficult, it’s hard, honestly, it’s very difficult because Leo was a very special person for me at Barcelona. I’m telling this story for everyone in the world, at the time when I most needed support, the man of the team, the best in the world, came and offered me his hand. He told me not to be shy and not to be afraid of him or anyone at the club, that he was there to help me.”