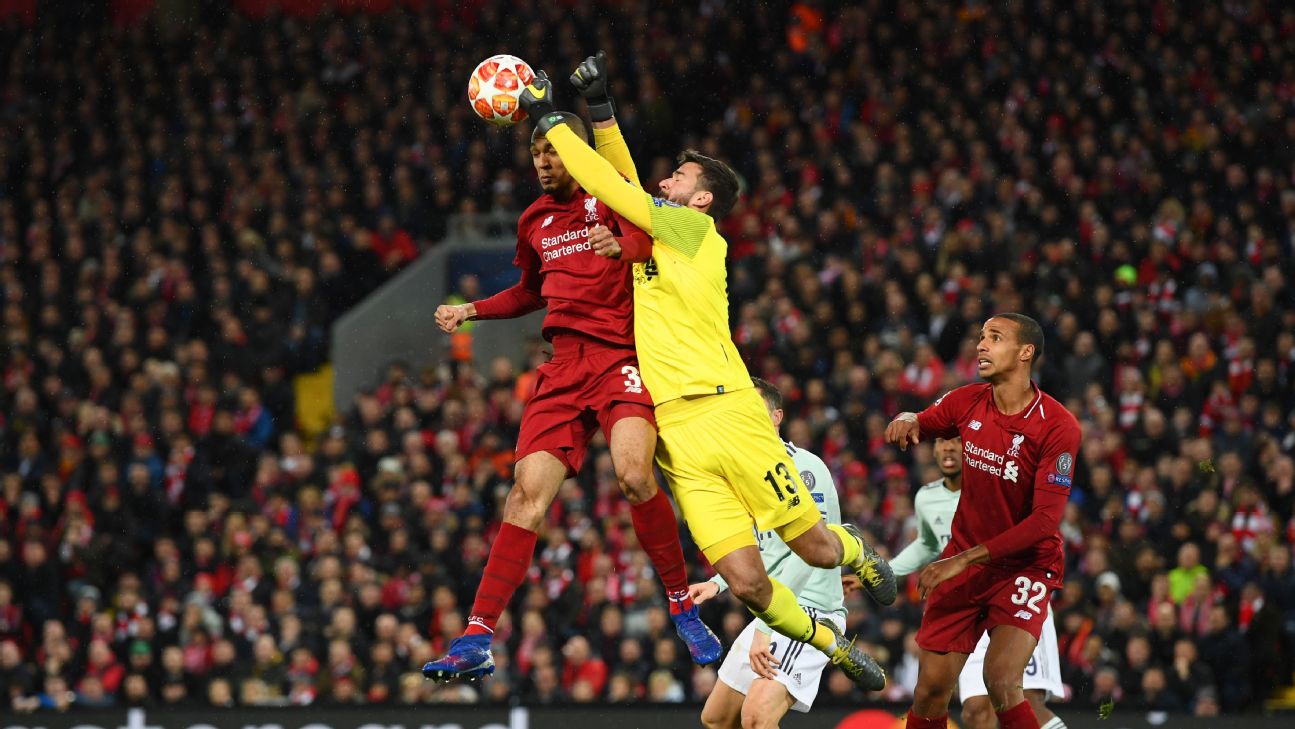 Manuel Neuer says “it’s about time” for Bayern Munich to beat a European giant when they take on Liverpool at the Allianz Arena on Wednesday.

Having returned from the first leg at Anfield with a goalless draw, Bayern hope their excellent domestic form can help them end Liverpool’s dream of a second consecutive deep run in Champions League and hand the Bavarians their first win big win over a European power since ousting Juventus in 2016.

After picking up 36 of a possible 39 points from their past 13 league matches, Bayern Munich returned to the Bundesliga’s top spot over the weekend, overtaking Dortmund who led the Bavarians by nine points in mid-December.

Full of confidence and on the back of 11 goals scored in their past two games, Bayern “have no fear” going into Wednesday’s Liverpool match, the goalkeeper told his pre-match news conference.

“It’s a final tomorrow. Two top teams. It was close in the reverse fixture and both sides were keen to avoid mistakes,” Neuer said. “But our stadium will be on fire tomorrow. We want to win an important match like that.”

Despite reaching seven straight Champions League quarterfinals, Bayern failed to come out on top against the big European teams ever since beating Juventus in the round-of-last 16 in the 2015-16 season.

Since then, Bayern beat Benfica, Arsenal, Besiktas and Sevilla in the knockout stages of Champions League but twice lost to Real Madrid and once to Atletico Madrid.

Neuer wants to bring an end to that curse on Wednesday.

“We have not beaten a bigger European team at home for a while. It’s about time!” he said.

After laying emphasis on avoiding a Liverpool goal at Anfield, Bayern Munich will not storm out of the blocks at the Munich and will rather wait for their chance, coach Niko Kovac added.

“You can’t expect us to tear off the mask and go all-out attack on the road to ruin. A game lasts 90 minutes and more, and you can score towards the end of a match too,” Kovac said, warning that in Liverpool they’ll be facing one of the strongest transition sides in world football.

With winger Kingsley Coman and full-back David Alaba both back in training, Kovac will likely only have to do without Thomas Muller and Joshua Kimmich, who are both suspended.

After three assists within nine minutes at the weekend, Kovac said that he has big hopes Franck Ribery will be able to put his stamp on another match on Wednesday.

He said: “He’s played in big matches many times and you need players like him in those matches.”