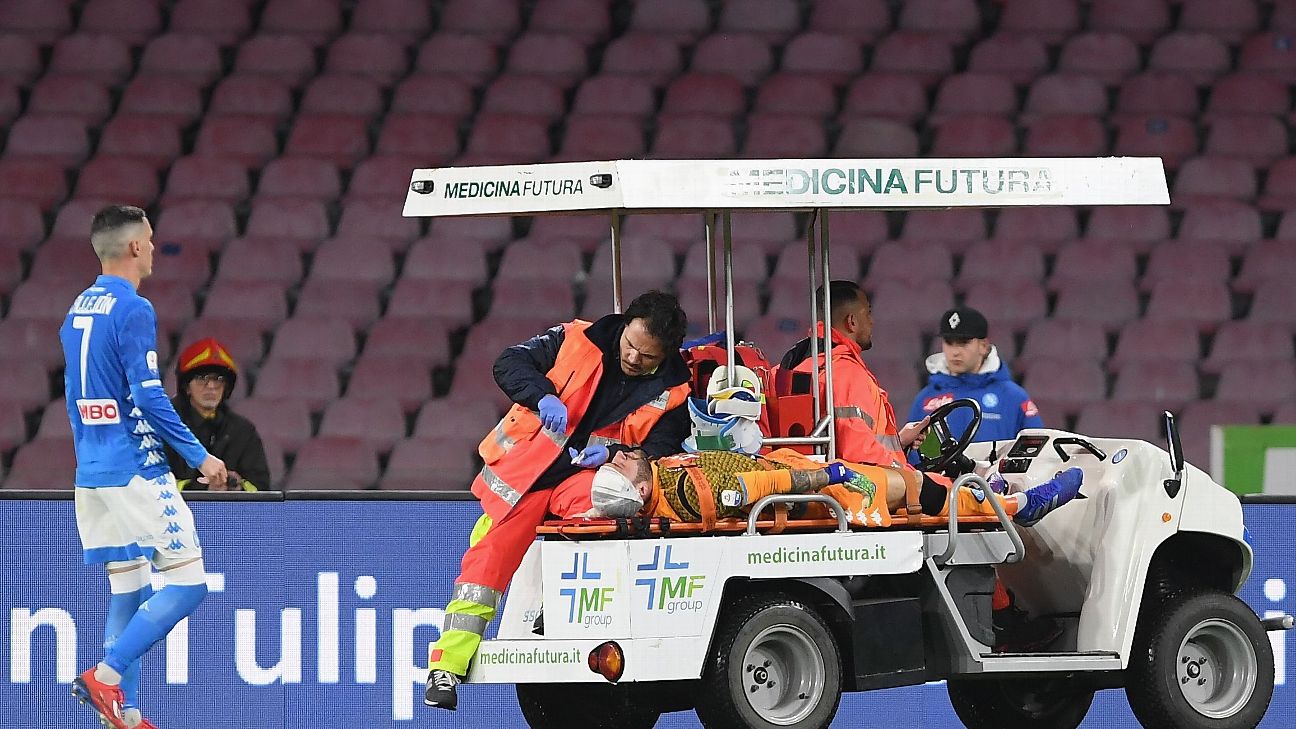 Napoli goalkeeper David Ospina was taken to hospital after failing to recover from a head injury sustained early on in the clash with Udinese.

Ospina suffered a serious cut on his head on five minutes after clashing with Udinese winger Ignacio Pussetto while coming out to claim the ball. But, after being patched up by medical staff, the Colombia international carried on playing with protective head gear on.

However, on 42 minutes, Ospina collapsed to the ground with nobody around him.

Concerned medical staff raced onto the pitch to care for the goalkeeper’s wellbeing. He was replaced by Alex Meret and stretchered off the pitch before being transported to hospital.

It is not yet known whether he will remain part of the Colombia squad which is due to face Japan on Friday and South Korea on Mar. 26.

Napoli had let a 2-0 lead slip to draw 2-2 when Ospina left the pitch.

But, in the second half, goals from Arkadiusz Milik and Dries Mertens restored their two-goal advantage to give them a 4-2 victory.