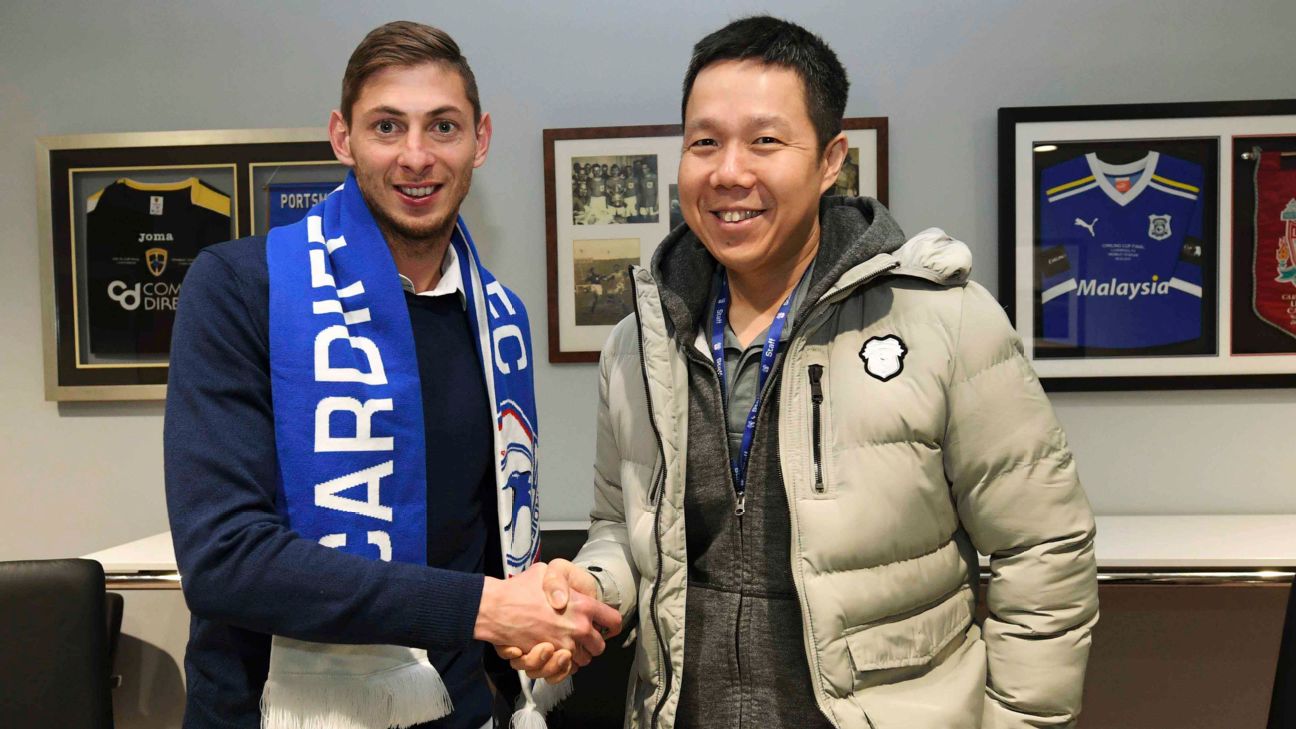 Nantes have contacted FIFA to investigate after Cardiff missed their first payment for Emiliano Sala, the striker who died following a plane crash on Jan. 21.

Sala had completed his record £15 million transfer to Cardiff from Nantes before boarding the Piper Malibu aircraft piloted by David Ibbotson for the Welsh capital. The aircraft disappeared from air traffic control radar over the English Channel, prompting a fruitless three-day search of the area by authorities.

Sala’s family financed a further search through a crowdfunding campaign which found the aircraft and the player’s body on Feb. 7. Mr. Ibbotson’s body has not yet been found.

Cardiff have yet to pay for Sala and Nantes have appealed to FIFA to intervene. ESPN FC have approached Cardiff City to comment on the matter.

“We can confirm that we have received yesterday evening a claim from FC Nantes against Cardiff City in connection with the transfer of Emiliano Sala. We are looking into the matter and consequently we have no further comments at this stage,” a FIFA spokesperson confirmed to ESPN FC.

The original deadline for the first payment of £5.8 million was Feb. 16, before it was moved to Feb. 27, and the transfer was officially registered by FIFA so Nantes feel they are within their rights to demand payment.

Sources close to the deal have told ESPN FC that Cardiff have yet to contact Nantes over the transfer and the Ligue 1 club believe they had no choice other than to ask FIFA to intervene.

Air accident investigators say the plane carrying Sala was not licensed for commercial use by authorities. The full findings of the investigation could take more than a year to be released.