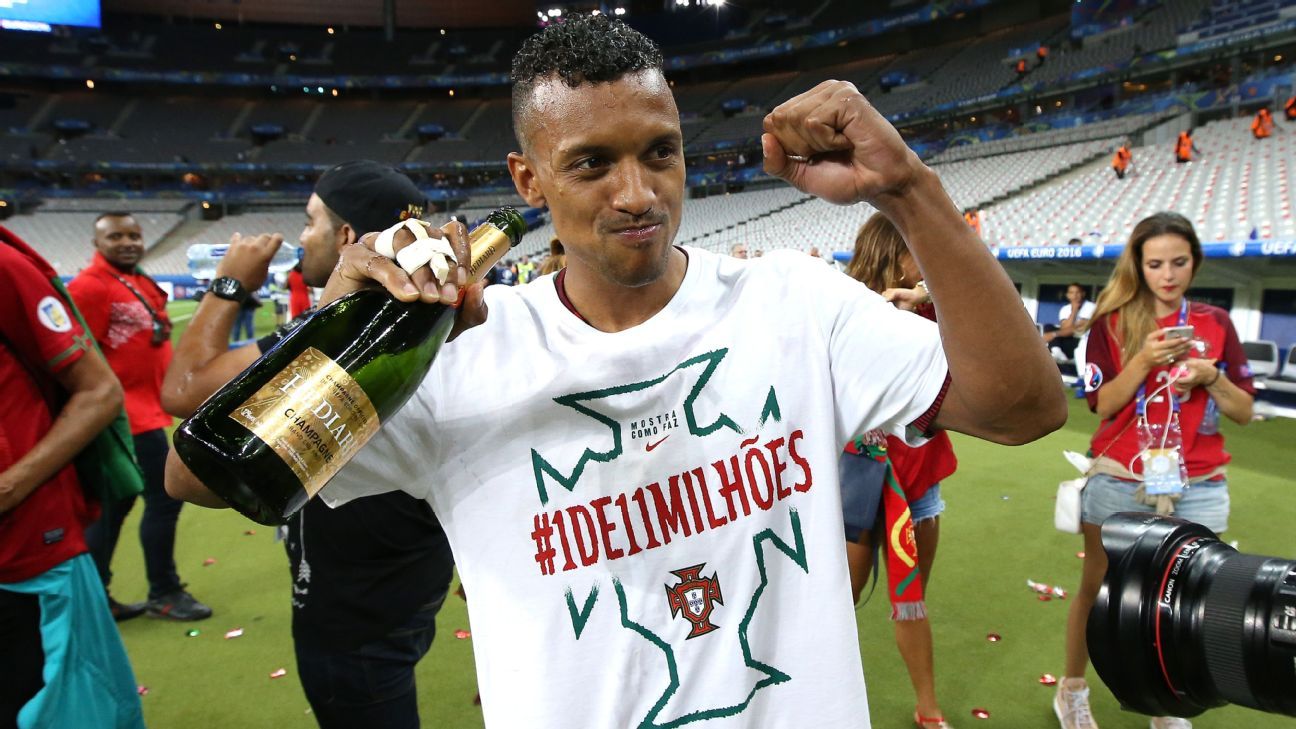 Former Manchester United midfielder Nani is in the final stages of completing a deal that will see him move to Orlando City, sources have confirmed to ESPN FC. If the deal is completed, Nani will be a Designated Player.

Record was the first to report the news of Nani’s move.

Nani, 32, had been in his third stint with Portuguese side Sporting CP, but the club has been looking to reduce its wage bill, hastening the player’s exit. Nani scoring eight goals in 27 league and cup appearances this season. He has also been on the books of Fenerbahce, Valencia, and Lazio in recent seasons.

Nani’s best years came with Manchester United, where he spent parts of eight seasons and scored 40 goals in 230 league and cup appearances. During his time with the Red Devils he won four Premier League titles, two League Cups and a UEFA Champions League crown in 2008.

At international level Nani has made 124 appearances, scoring 24 goals. He was part of the team that claimed Euro 2016, and he also represented Portugal at the 2014 World Cup.

If the deal is completed, Nani’s arrival will create roster difficulties for Orlando, who already have the maximum number of DPs on their roster in Dom Dwyer, Sacha Kljestan and Josue Colman. According to data from the MLS Players Association, all three players made under $1.5 million last season. If that is still the case for 2019, any one of them could have their salary cap hit reduced through the use of Targeted Allocation Money, thus allowing them to not count as a DP.