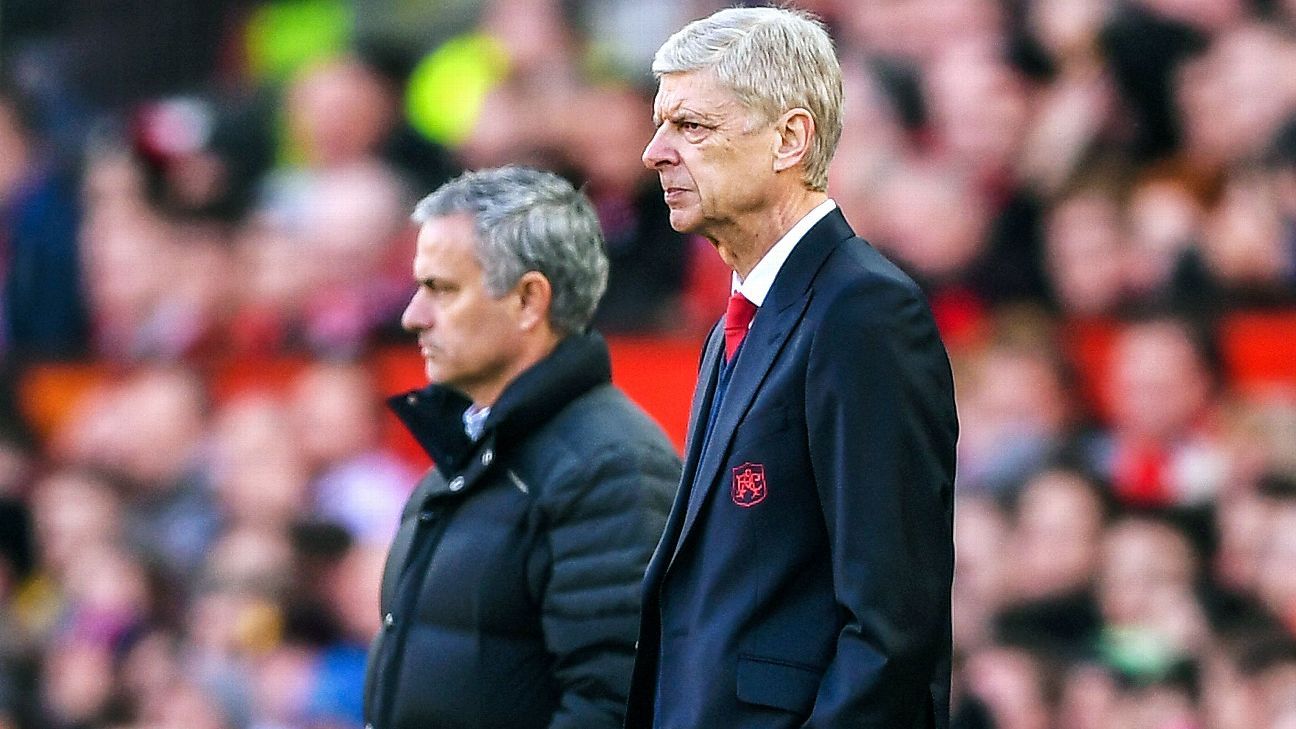 Jose Mourinho has described Arsene Wenger as “one of the best football managers in history” after the former Arsenal boss was presented with the lifetime achievement prize at the Laureus World Sport Awards in Monaco on Monday.

Mourinho famously called Wenger a “specialist in failure” and the pair would often trade verbal blows during Mourinho’s time at Chelsea and Manchester United in the Premier League.

But their relationship has cooled since Wenger called time on his 22-year spell as manager of Arsenal at the end of last season, with Mourinho describing a “respect” between the two former rivals.

And as Wenger received his lifetime achievement award on Monday night, Mourinho was one of a number of names from the world of football to praise a career which saw the Frenchman manage over 1,000 games, win three Premier League titles and seven FA Cups during his time at Arsenal. Wenger also led Arsenal to a historic, unbeaten Premier League season as they won the title in 2004.

“There were some episodes along the road,” Mourinho said on a video message. “I can only speak by myself. I really enjoyed the competition. But the real respect was always there.

“He made lots of history in that football club. The nickname is there — the ‘Invincibles.’ Amazing. A coaching philosophy, the almost perfect team. He is one of the best football managers in the history of football.”

Wenger has been succeeded at Arsenal by Spanish coach Unai Emery, who is coming under criticism during his first season in charge following a promising start to his time at the Emirates.

Arsenal began 2019 by losing three consecutive Premier League away games before they were beaten 1-0 in the first leg of their Europa League round-of-32 tie against BATE Borisov last week.

One of Emery’s issues at Arsenal has been the handling of German playmaker Mesut Ozil, who has been in and out of the side this season and has started only once for Arsenal in 2019.

Speaking at the awards, Wenger said Ozil is in a “comfort zone” following the decision to sign the midfielder to a long-term contract last year.

“He has a contract but the problem is that if you want to buy a player like him you have to spend £100m.

“And to maintain the value of the player, beyond the Ozil case, it is more about the way football is structured.

“To buy players of top, top quality you need £100 million. So the decision you have to make is whether you re-sign the player, who costs us nothing, or do we have the money to buy a new player?”