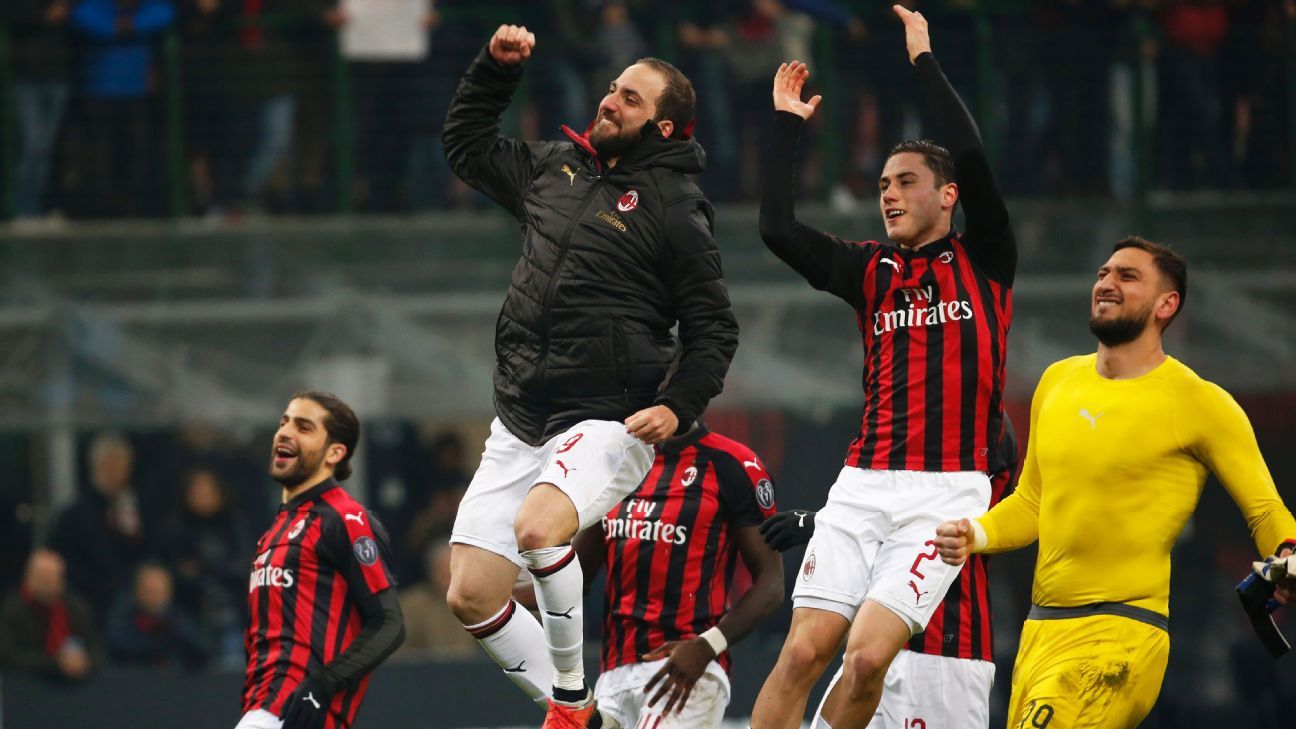 AC Milan ended a four-match goal drought and striker Gonzalo Higuain was on target for the first time in two months as they came from behind to beat SPAL 2-1 in Serie A on Saturday.

The Argentine forward, without a goal since Oct. 28, endured another frustrating evening until Hakan Calhanoglu touched Davide Calabria’s cross into his path and he smashed the ball into the roof of the net in the 64th minute.

Higuain, who until then had taken to lifting up his shirt and putting it in his mouth after every frustrated attack, rushed to the touchline where he was mobbed by players and coaching staff.

“Gonzalo lives for the goal, he has always been a marksman and he has suffered during this period,” said Milan coach Gennaro Gattuso, whose future has been the subject of speculation in the Italian media.

Milan, without a league goal since their 2-1 win over Parma on Dec. 2, were in more trouble when Andrea Petagna gave SPAL the lead in the 13th minute, turning past Alessio Romagnoli and scoring with a deflected shot.

But the hosts got a reprieve three minutes later courtesy of SPAL’s Filippo Costa whose clearance went straight to Samu Castillejo and he rifled the ball home to end Milan’s spell of 395 minutes without a league goal — their longest since 1984.

Milan still had to survive a nervy finale as another Petagna effort was deflected centimetres wide by Romagnoli and Gianluigi Donnarumma made a superb one-handed save to keep out a Mohamed Fares header.

They also had Suso sent off for a second bookable offence.

Milan climbed to fifth in the table with 31 points, one behind Lazio who are fourth and in the last of the Champions League slots.

But they are only six points ahead of 12th placed Parma with AS Roma, Sampdoria, Atalanta, Torino, Fiorentina and Sassuolo in between.

“I liked my team a lot, we created a lot of chances and it was a good performance,” added Gattuso.

“After going behind, it was not easy to turn it around especially at this moment. I liked the mentality of the guys but maybe we should have finished it off sooner.”