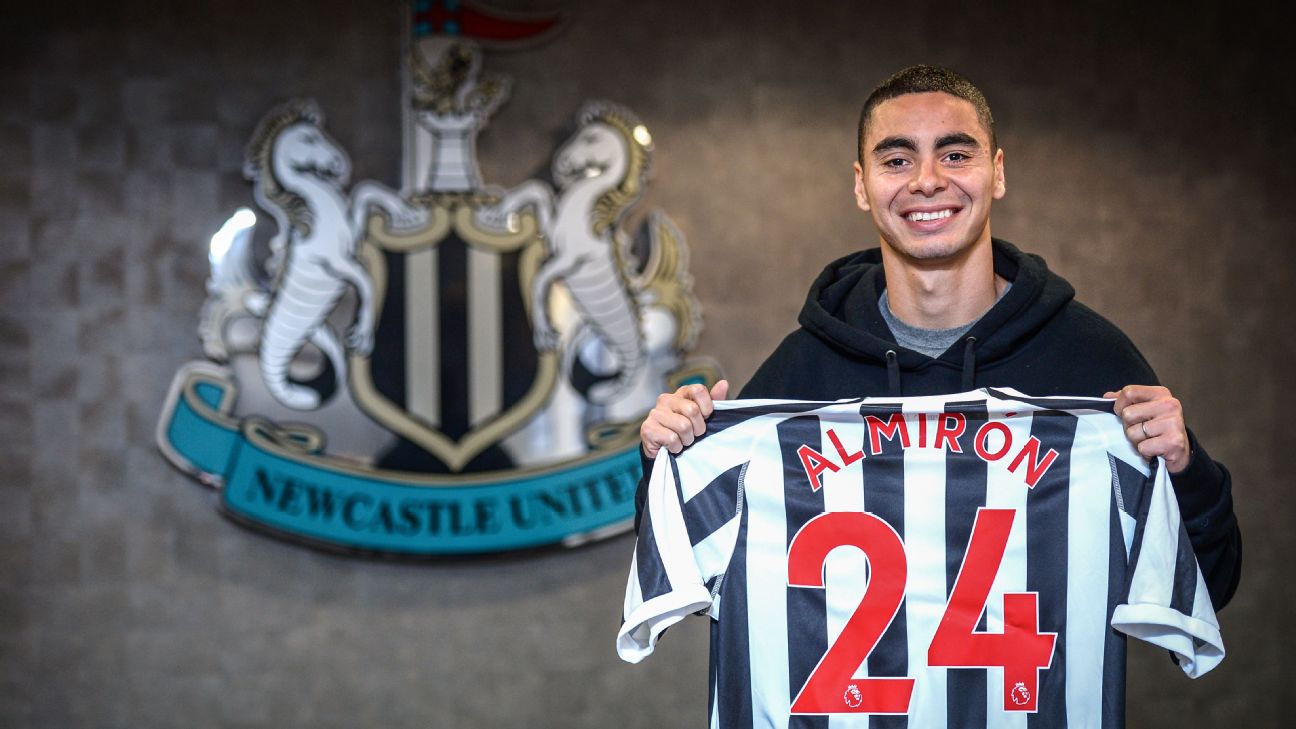 Miguel Almiron has said Major League Soccer is “improving” as he was unveiled as Newcastle United’s record signing on Thursday following his transfer to the Premier League.

The Paraguay international, who scored 21 goals in 62 games and was named as MVP during his two seasons with Atlanta, is one of a number of players who have made high-profile moves from MLS to Europe in recent months, which in turn is having a positive impact on how the league is viewed around the world.

“I think for some time now the MLS has been improving,” Almiron said in an interview posted on Newcastle’s social media channels. “Every year you see more and more quality players come in. I think it’s a good sign and a positive thing for that league.”

Moving to the Premier League is undoubtedly a step up for Almiron, who won the MLS Cup in his last game for Atlanta, but the 24-year-old is confident that he can adapt to English football.

“There are big differences between the two leagues [Premier League and MLS] and it’s a tougher league to play in,” Almiron said. “But I think with the help of my teammates in training and the manager, it’s something I think I’ll cope with, and they’ll help me along the way.

“I feel good physically. I’m in good shape. I’ve managed to do a bit of physical stuff here in the last few days, so I’m good.

“I aim to bring something to the group of players we’ve already got. My main aim at the moment is settling in and getting to know my teammates.

“I think I’m the sort of player who tries to get my teammates playing, get those players around me playing, and tries to help them as well.”

Almiron joins Newcastle with the side sitting 15th in the Premier League, boosted by back-to-back home wins over Cardiff and champions Manchester City.

Rafael Benitez’s team travels to Wolves on Monday night, before they face bottom side Huddersfield at home in their next game on Feb. 23, a match in which Almiron could make his home debut at St. James’ Park.

“I’m really grateful for the way I’ve been welcomed by the supporters here,” Almiron added. “I really can’t wait for the moment when I can turn out for the side here at home.”