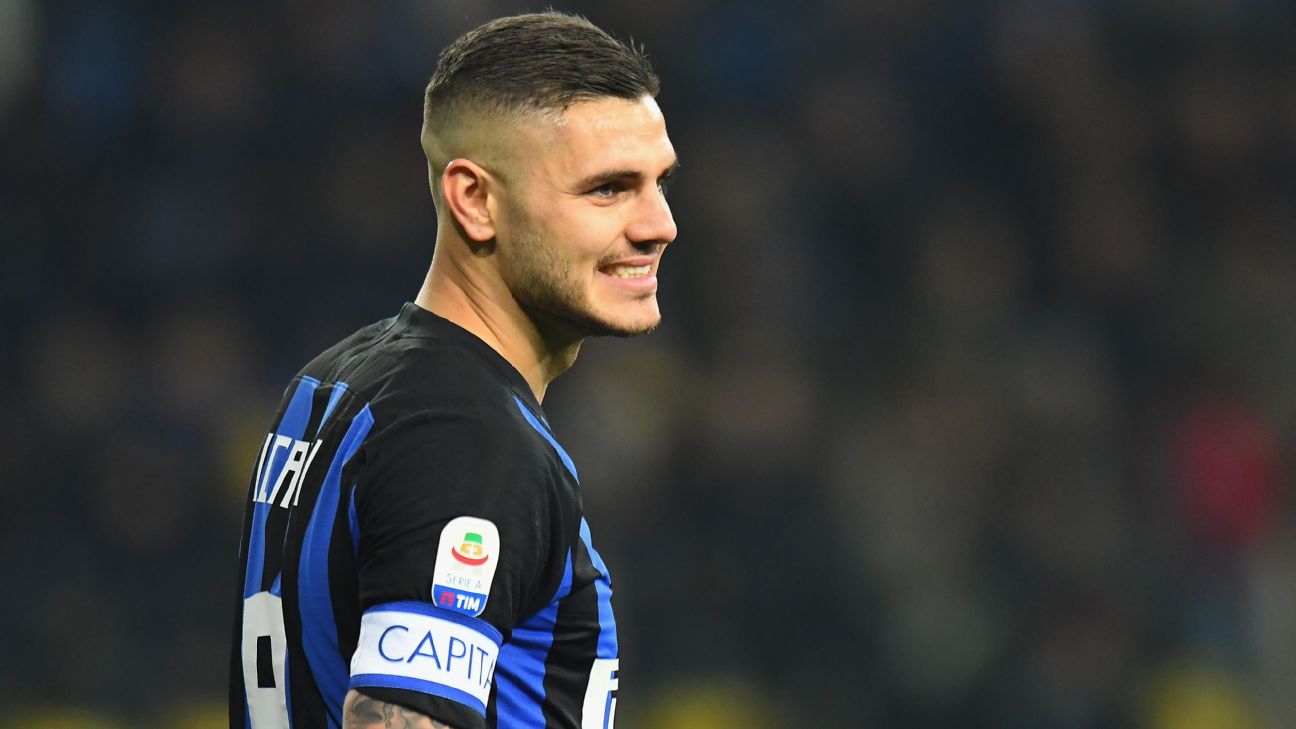 Mauro Icardi‘s future at Inter Milan has been cast in doubt after he was stripped of the club captaincy and dropped for the trip to Rapid Vienna on Thursday.

Icardi, who has in the past been linked with Real Madrid and Manchester United, had been involved in discussions over extending his contract with the Nerazzurri beyond 2021.

However, the Argentina international’s future in Milan is now uncertain after Wednesday’s events. The club announced via Twitter that goalkeeper Samir Handanovic had replaced the 25-year-old as club captain and shortly afterwards, the squad list for Thursday night’s Europa League round-of-32 clash in Austria was announced, and Icardi’s name did not feature.

This news comes only days after Icardi’s wife and agent Wanda Nara had caused irritation by complaining that her husband was not being given enough support by his teammates. He has not scored in the league since mid-December — a run of eight games.

Manager Luciano Spalletti also reacted angrily to Nara’s latest remarks and he discussed the issue with the club’s new general manager Beppe Marotta — who has already taken a heavy-handed approach by suspending Radja Nainggolan for turning up late for training last month — on Tuesday to discuss the issue, as it was starting to cause disturbances within the team.

The outcome was that Marotta backed Spalletti, with Wednesday’s events underlining once again that they will not put any individual before the club. Icardi is reported to have a €110 million release clause in his contract, valid only for bids from clubs outside of Italy.

Negotiations over a new deal, which would amend or eliminate that clause, had been progressing since the summer, and the signs from both camps had recently been positive that a deal would be struck in due course.

Spalletti will address the media from Vienna on Wednesday, and the club have told ESPN FC that he will detail the reasons behind Icardi’s exclusion there.

Icardi joined Inter from Sampdoria for €13m in 2013. Roberto Mancini made him club captain in 2015, but there were calls for him to be stripped of the armband from the hardcore Curva Nord section of the club’s fans after he wrote in his autobiography how he had been “acclaimed as a hero” in the dressing room for confronting angry Inter fans in 2015.

His relationship with Inter’s fans has been frosty ever since, despite his return of 122 goals in 210 games, and a poll on La Gazzetta dello Sport‘s website on Wednesday, which asked whether Inter had been right to scrap him of the captaincy, saw almost 90 percent of over 15,000 votes back the club’s stance.

In Icardi’s absence, compatriot Lautaro Martinez — who scored the winner in a 1-0 victory over Parma at the weekend — is expected to lead the line in Vienna.