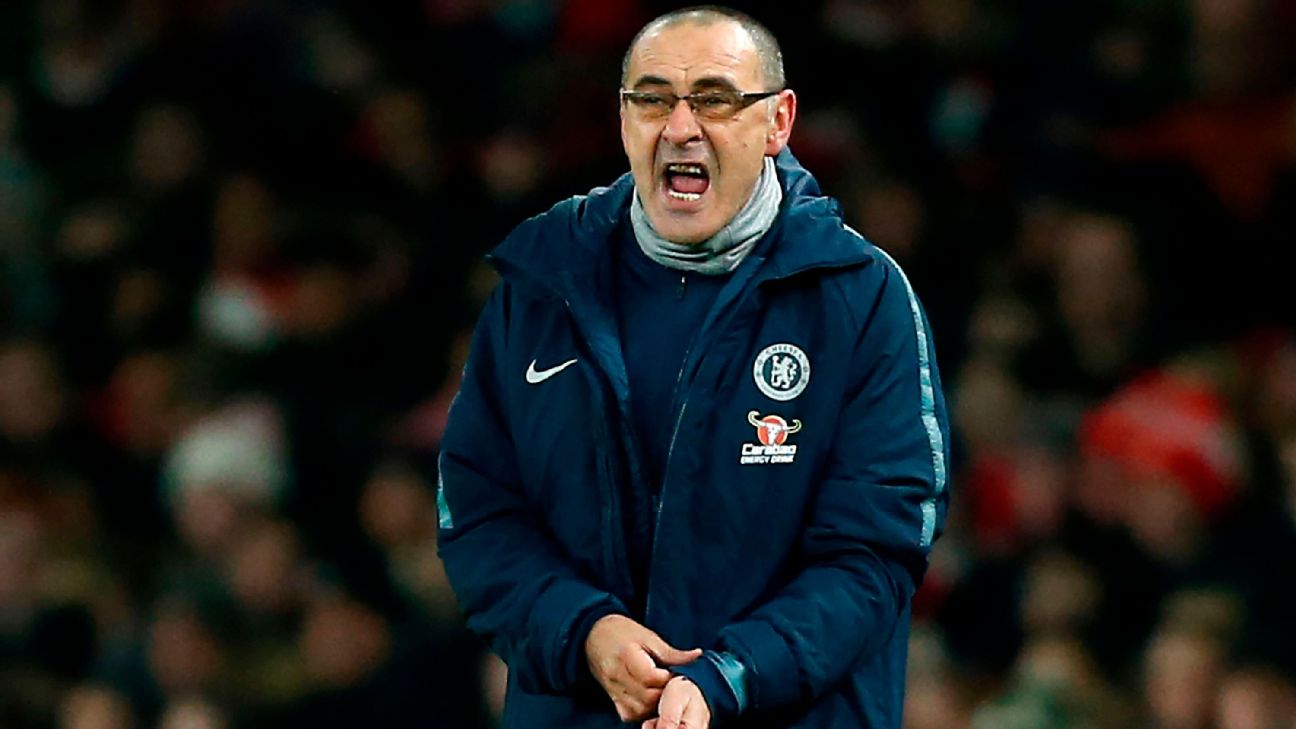 LONDON — Maurizio Sarri said he is working on the assumption that he will remain Chelsea head coach “for a long time” but conceded he has received no assurances about of his future.

Chelsea’s 2-0 defeat against Manchester United in the FA Cup fifth round intensified speculation about Sarri’s job security, with large sections of Stamford Bridge showing open hostility towards the Italian during and after the match.

Sources have told ESPN FC that Sarri now faces a defining week in his Chelsea career, with the next two matches — against Malmo in the Europa League round of 32 and Manchester City in the Carabao Cup final — likely to play a key role in deciding whether he survives his first season at Stamford Bridge.

“I have to think that I will be the manager of Chelsea for a long time, otherwise I cannot work,” Sarri said. “I am not sure [it will work], but I have to think this. I have to work, and I want to work with a long-term target.”