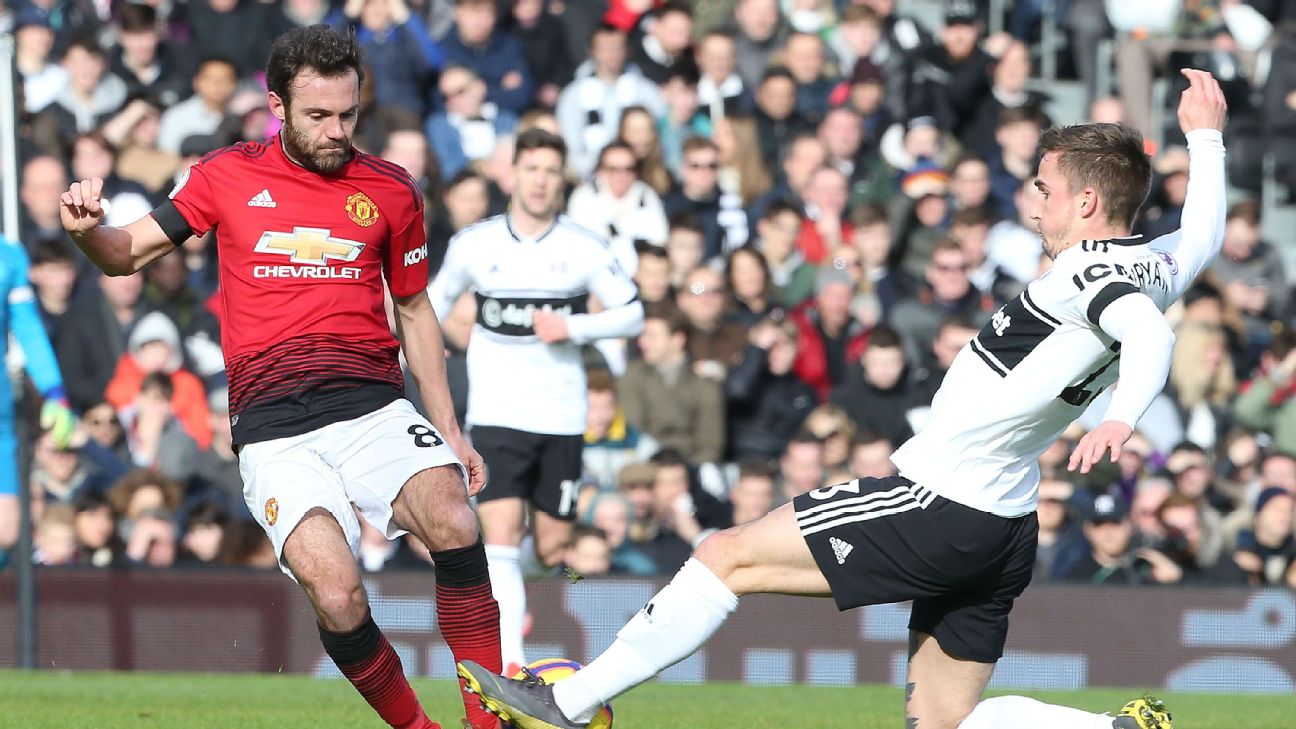 Manchester United’s rise into the top four of the Premier League is proof they can beat Paris Saint-Germain, according to Juan Mata.

United were 11 points adrift of the Champions League places when Ole Gunnar Solskjaer took over in December but the 3-0 win over Fulham on Saturday lifted them into the top four for the first time since August.

It is evidence of the turnaround under the Norwegian and Mata said he believes they can come out on top against the French champions in a tie that appeared daunting when the draw was made two months ago.

“It is true that two months ago things were not going well for us,” Mata told ESPN FC. “First, it seemed very difficult for us to reach the Champions League places in the Premier League and we are already there.

“PSG are a fantastic team regardless of their form, with players who can make the difference in the tie and we will have to be at our best to win. Above all, we have to try to enjoy these games because these are the games we all want to play in and to enjoy.”

PSG’s visit to Old Trafford kicks off a tough run of fixtures for Solskjaer’s team.

Following the Champions League round-of-16 first leg, United visit Chelsea in the FA Cup before a clash against Liverpool in the Premier League.

“We have a tough but exciting month ahead,” Mata said. “Now we play against PSG, then we have Chelsea, Liverpool.

“A difficult February but we have high hopes and I think we are in a good spell, especially in terms of confidence.”

Mata is out of contract at the end of the season and although negotiations with the club have been going on since last year, the Spaniard, who arrived from Chelsea in 2014, is yet to agree a new deal.

“It is true that I finish my contract [at the end of the season], it is true that we are in talks to discuss [a new deal],” he said.