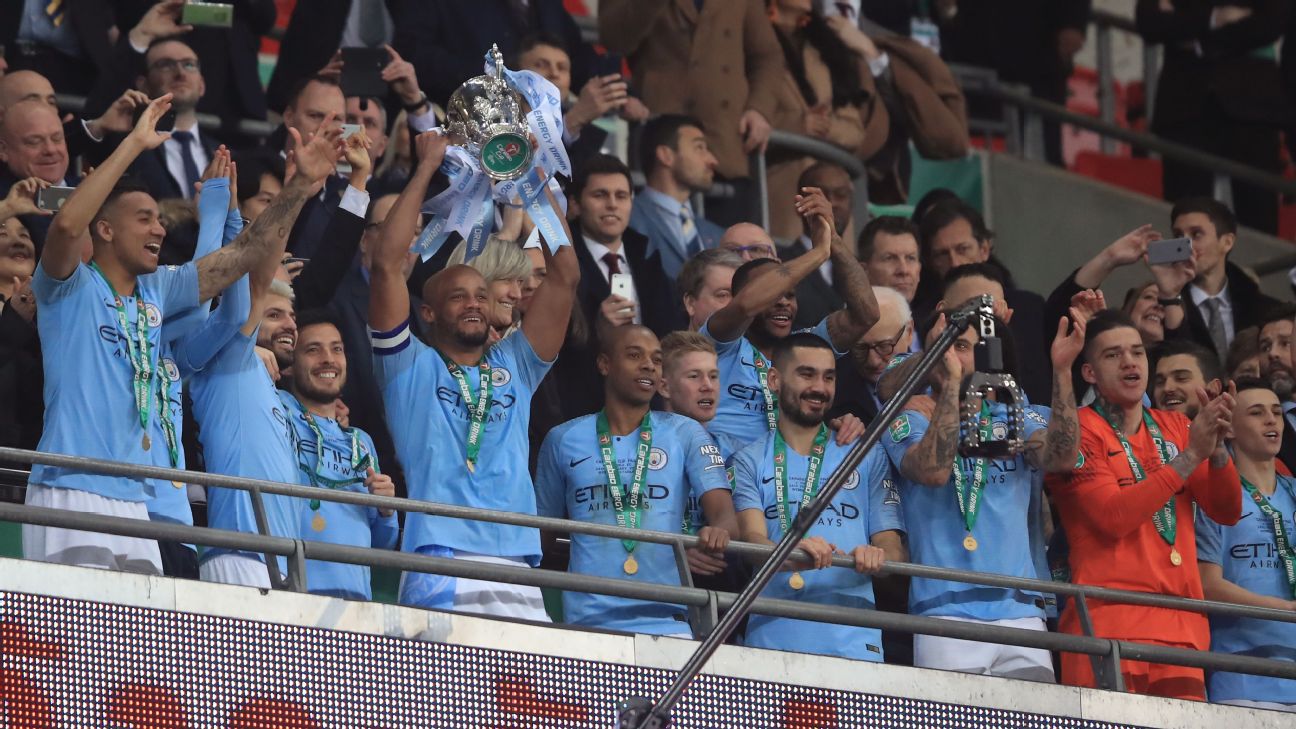 This article has been updated since it was first published on March 28, 2019

As the season enters its final stages, Manchester City maintain their quest for winning the Quadruple — a domestic treble of league championship and two cup competitions, plus the Champions League.

Having already won the League Cup, Pep Guardiola’s side are two points behind Premier League leaders Liverpool (with a game in hand) and are favourites to win the FA Cup and Champions League.

If City can win their FA Cup semifinal against Brighton, see off Tottenham in their two-legged Champions League quarterfinal and go on to eliminate whomever they meet in the semifinals, then they will remain on course to make history.

No team in Europe’s top five leagues has ever achieved this feat — though most leagues are hamstrung by the fact there is no second domestic cup competition.

England and France have a League Cup, while both Germany (held in preseason from 1997 to 2007) and Spain (held in postseason from 1983 to 1986) have had a version of the competition in the past, giving teams in those countries a short window of opportunity to complete a four-trophy haul.

Here are the previous occasions that teams have reached the latter stages of the season with their Quadruple hopes still alive, and how those bids played out.