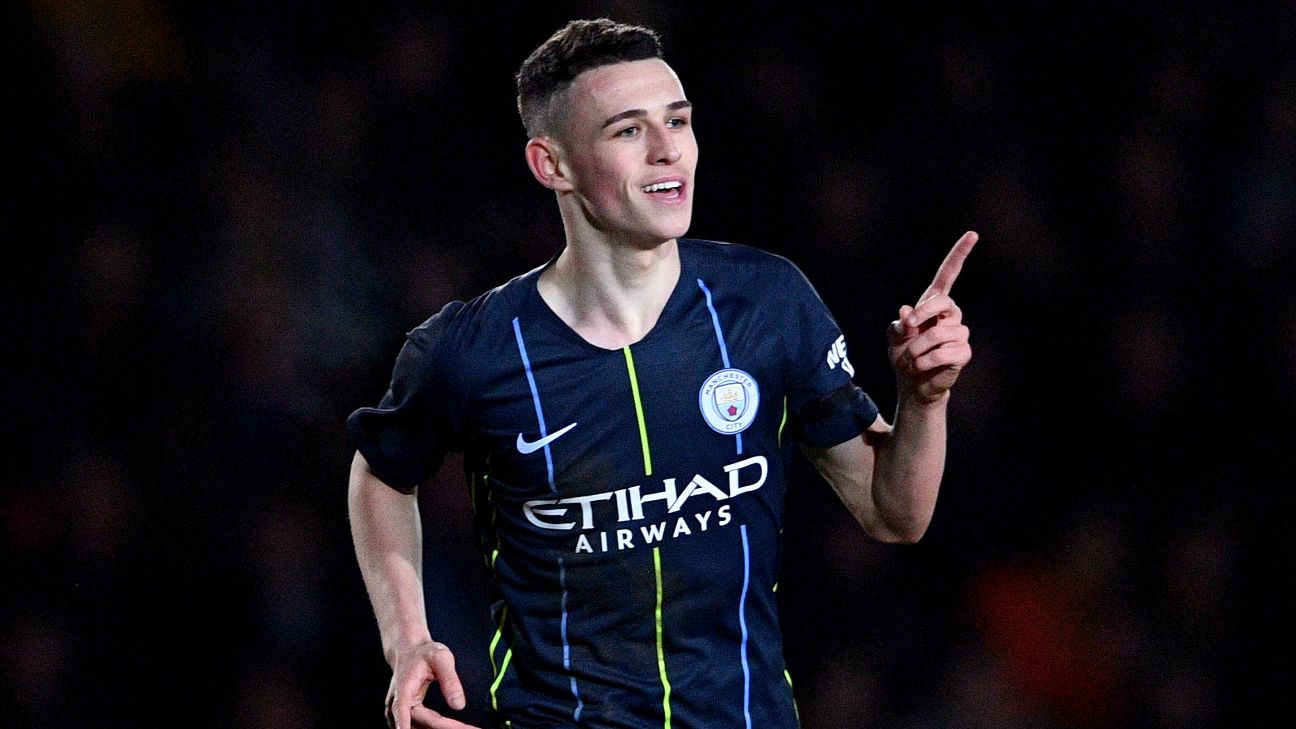 While the Premier League may have taken a break this week for the fifth round of the FA Cup, Nick Miller had no such leisure. Here are his top storylines from the weekend that was in England’s oldest competition. All FA Cup games are live on ESPN+ in the U.S., find out more here.

Disappointment of the weekend

To give you an idea of exactly how boring the results have been so far in this FA Cup fifth round, not only did no lower division team beat one in a higher league, but even in the fixture between two sides in the Championship — Swansea’s 4-1 win over Brentford — the team higher in the table won.

If the fixtures over this weekend were an amusement park, you’d ask for your money back due to lack of interest. It’s nobody’s fault, but none of the games have been especially exciting, there haven’t been many brilliant goals and not a whiff of an upset. Who do we write to for our refund?

Performance of the weekend

Young footballers develop at different paces, and the ones that turn out to have the best careers are often not those who shone the brightest when they were teenagers. Still, it was impossible not to be struck by stages on which the two most exciting talents from the 2017 England Under-17 World Cup-winning squad were able to perform this week.

Jadon Sancho was at Wembley, facing Spurs in the Champions League having established himself as a first-choice for Borussia Dortmund, his 18th start and 31st appearance this season for one of the biggest clubs in Europe. Phil Foden was playing Newport County, taking what minutes he can in Pep Guardiola’s side, but impressing everyone in what little time he did have in Manchester City’s comprehensive 4-1 victory.

This isn’t necessarily anyone’s fault: With Bernardo Silva, David Silva and Kevin De Bruyne ahead of Foden in the pecking order, Pep Guardiola isn’t exactly making an egregious error not picking him every week. Equally Foden has made his choice to stay at City, and there’s every chance it will work out for him in the long-term. But while this is at best a secondary concern, for the rest of us it’s frustrating that this exceptional talent is not being given consistent chances to shine.

Surprising fact of the weekend

Despite winning the tournament seven times with Arsenal and Chelsea, the most of any player in the history of the competition, Saturday’s strike in Derby’s 2-1 loss to Brighton was Ashley Cole‘s first ever goal in the FA Cup.

Task of the weekend

It might be a semi-relief for Frank Lampard that Derby are out of the FA Cup, so they can concentrate on their true priority, winning promotion to the Premier League. But now that’s exactly what they have to do.

Now they have only one thing to focus on, the pressure is on to at the very least make the playoffs.

‘Job done’ of the weekend

Hats off to the more moderate Premier League teams for ensuring they made it through to the quarterfinals of this extremely open FA Cup. With four of the big six to be eliminated by Monday evening, the likes of Watford, Crystal Palace, Brighton and Wolves have a very real chance of making it through to the final.

You still feared their managers would play shadow teams, but broadly speaking they struck a sensible balance between giving the odd fringe player a chance and picking strong XIs against lower-league opposition. None of the sides dished out thrashings, but all made it through without huge amounts of drama, and the path to Wembley is opening up nicely.

Swansea wanted to sell Dan James in January. A deal taking him to Leeds United was reportedly agreed, James even had a medical and was waiting to be announced at Elland Road, but at the last minute the plug was pulled.

All of which speaks to the confused way that Swansea, once the model small Premier League club, are currently being run. That they were willing to let such a promising player go, to a team they should be challenging for promotion, reflects their lack of ambition.

But on Sunday he displayed exactly why they should be so relieved to keep him, his goal against Brentford a thrilling combination of raw pace and delicate poise, his opponents chase resembling a cartoon dog with a mouthful of sausages being pursued by a huffing butcher, before having the presence of mind to pause and carefully place his finish into the bottom corner.

That, according to those who watch him regularly, represents his talent quite accurately. Bigger fish than Leeds will be after him soon, without doubt.

Missed opportunity of the weekend

Crystal Palace did a professional, clinical job of dispatching Doncaster 2-0 on Sunday, scoring at important times in the first-half and keeping their League One opponents at bay for all of the second.

However, one man who didn’t cover himself in glory was Michy Batshuayi. The striker, a last gasp signing in the January transfer window, is the latest man to try filling Palace’s centre-forward spot, which has been a black hole for over 18 months now. Since the start of last season, genuine strikers (as opposed to wingers asked to pose as strikers) have contributed just four league goals to the Palace cause: Three last season for Christian Benteke, one this term by Jordan Ayew.

Batshuayi was making his first Palace start after an unconvincing spell at Valencia, but when presented with a chance to score just his fourth domestic goal of the season, he spurned it. The low point was in the second-half, put through by a perfect Andros Townsend pass with no defenders within 10 yards and only the keeper to beat, he took a heavy touch under no pressure and ultimately couldn’t even take a shot.

Perhaps Palace may just have to conclude that, as far as No. 9s go, they are simply cursed.