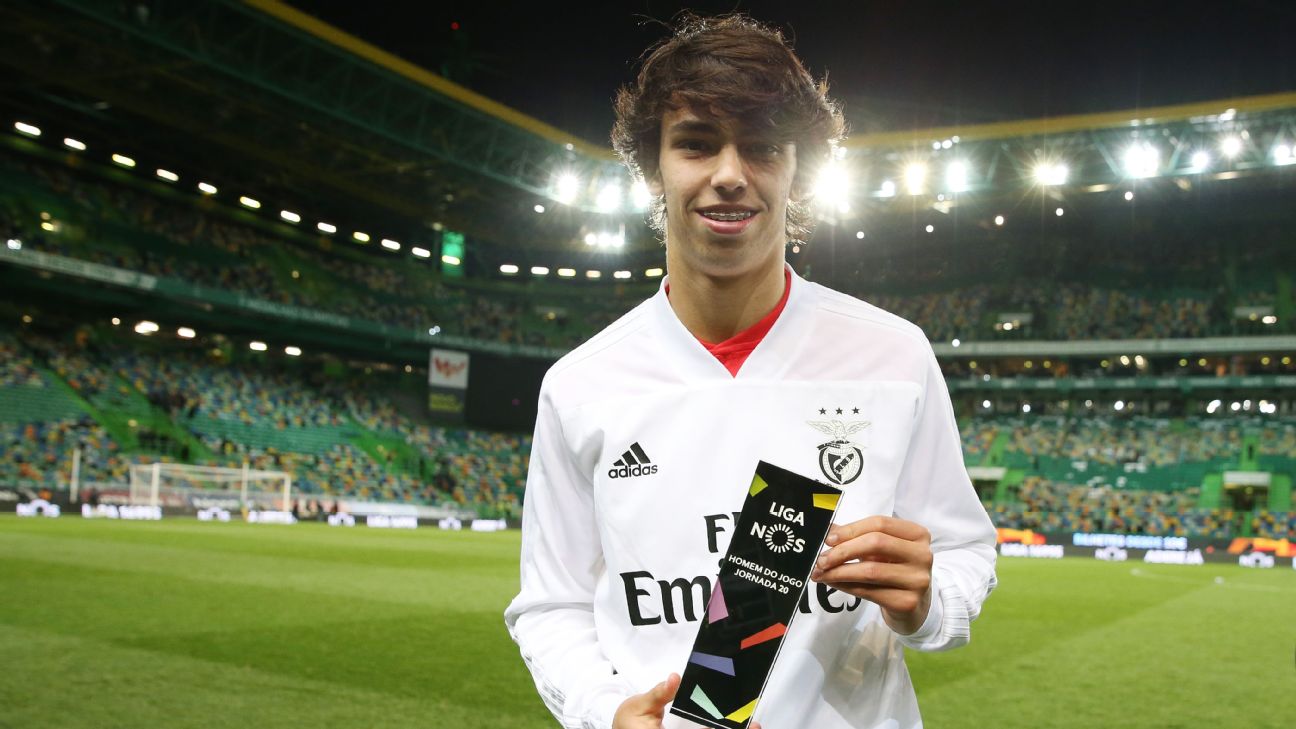 The 19-year-old, who has been labelled the “new Cristiano Ronaldo” made his debut for the Portuguese side in August.

Felix has gone on to contribute 12 goals and six assists in all competitions, earning him a senior call-up for Portugal’s European Championship qualifiers with Ukraine and Serbia.

A source close to the player told ESPN FC that Real Madrid have been monitoring his progress, while other top sides including United, Barcelona, Atletico Madrid, Juventus, AC Milan, West Ham and Borussia Dortmund have also sent scouts to watch him. The source added that Felix, whose release clause is set at €120 million, could be on the move next summer.

Felix recently told Spanish newspaper Marca that he is focused on Benfica but said he would like to play for one of Europe’s biggest clubs in the future.

“Right now, I’m only thinking about Benfica,” he said. “We are heading towards the end of the season in a very close fight for the title. I cannot pause to think about everything that is happening around me.

“My dream has always been to play for the big teams and in the biggest competitions, but, as I said, I am here and I am very happy at Benfica, which, like those teams, is also one of the biggest sides in Europe.”